Another month (was January sixteen years long, or was that just me???), another poetic endeavor with the Seven Sisters! This month we’re visiting Moscow (brrr, in spirit only, it’s far too chilly to venture that direction these days) to stride the wide boulevards surrounding this lovely bit of Moscow called by Muscovites “Vysotniye Zdaniye,” or “the tall buildings.” That nondescript description is more fancifully known to Westerners as “Stalin’s Seven Sisters.” While this is basically one gigantic architectural wedding cake, each of the seven buildings has its own distinct spire.

In our poetic endeavors this month, we’ve been tasked to create tankas – but with a tiny catch. Our topics were chosen for us, as each of us was to respond this month to another sister’s sonnet from last month. You’ll find Sara’s here, right here is Liz’s; Laura’s is here, and along with an explanation of the form, Kelly’s is here, and Tricia’s, here. We wish Andi a happy February, and hope catch up with her another time.

I am fairly certain that I got the easiest assignment out of the crew. Kelly’s winsome little beauty, Kismet made words sparkle from Kelly’s pen, and certainly Kismet easily lent herself to the tanka form, which traditionally celebrated the glories of nature. Well, nothing more natural than a cat falling asleep while plotting world domination, right? I mean, if they could just stay awake long enough, we might need to worry. But, otherwise, nah.

I played with the idea of what it means to “respond” to the sonnet, and, since we’ve encountered tankas before repeatedly in this poetry project, I also tried harder on the “turn,” that comes in the third line of the tanka form. Conventional wisdom suggests that this “turn” could be both used as a widening of perspective, bridging topics between the top and bottom lines, or for a complete turn of attitude. This makes it fun to use Kismet in the sense of destiny, and as the subject of our poems.

all hard ground and horns
the world is colder, outside
landing on her feet
she’s found warm laps and purring
not all who wander stay lost 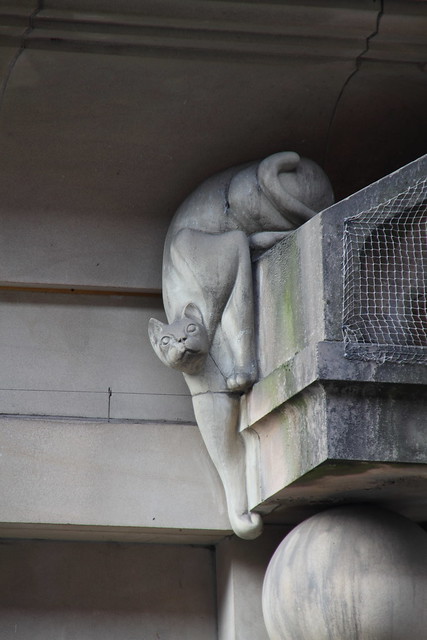 Last week’s Poetry Friday host, Carol Varsalona, invited me to join the Winter Wonderland Gallery, where throughout the months of January and February, the poetry community will be sharing poems, photography, illustrations and reflections on the stillness and artistry of the natural world this season. Carol invites us to share “YOUR perspective of the winter season in any of these mediums: photographs, videos, digital slide shows, songs musical compositions, artistic renderings, collages, illustrations, digital inspirations, image poems, inspirational quotes, sketches, or hand-draw pictures. Share your inspirations globally.” Drop by, friends, and check it out.

Pack as much introspection and discovery as you can into these crisp winter mornings. It’s the shortest month of the year. Make every day significant.

4 Replies to “{pf: seven sisters and a february tanka}”