Emily: …But first: Wait! One more look. Good-bye, Good-bye world. Good-bye, Grover’s Corners….Mama and Papa. Good-bye to clocks ticking….and Mama’s sunflowers. And food and coffee. And new ironed dresses and hot baths….and sleeping and waking up. Oh, earth, you are too wonderful for anybody to realize you.

(She looks toward the stage manager and asks abruptly through her tears) Do any human beings ever realize life while they live it — every, every minute?

Stage Manager: No. (pause) The saints and poets, maybe they do some.

We are, Sisters, in such exalted company.

As you know, it was just a year ago, as a natal tribute to our own Miss Rumphius, that we Poetry Sisters organized ourselves into a disorganized mass and claimed that we would produce one poem a month for a 12 Poems, 12 Months Birthday Project. It was… astoundingly, amazingly, challenging-ly fun. It was bracing, like leaning into a sharp wind on a frigid day, and winning through to the safety of a warm room somewhere. It was a contest, an epic wrestling match (between poet and poem) that fired the blood each month. It was also astoundingly, gust-bustingly, swear-inducingly hard work sometimes. We writhed, whinged, and whined every. single. month (“Who’s this WE, Kemosabe?” I can just hear the rest of them asking me. Okay, fine. I whined). We suffered, but 99% of the time, I’d say we all came through. Even with deadlines, grading, holidays and sick days. It was really amazing. Laura showed us what a professional poet looks like, as she motored through our pieces as well as producing tons of her own each week. Sara found the offbeat, every time, and embraced her inner Edward Lear. Andi plumbed emotional depths and Kelly took us all through clever turns of phrase. Tricia found the most obscure forms – and did them – while Liz, most often the spark behind our endeavors, kept sliding in under the wire with something brilliant. We all work in different ways, and, astoundingly, it always works. Today we look back at a year spent poetically. We’ll inaugurate the new year with a shiny piece of art and science in the form of another sonnet crown.

January was the triolet, which echoed with Freddie Gray’s death. Death was an unfortunate and frequent visitor to my poetic themes.

February‘s villanelle was a second writing, brought to life by righteous anger – and hope.

March brought the sestina! We chose REALLY hard words to incorporate, but we did it! I’m still amazed…

April was a month filled with verse. Our form, the raccontino , which tells a story in its end words. Difficult to get that story to be… coherent. But, we prevailed.

May was full of lovely guests, and as I played hostess, I scribbled a pair of pantoums. The first brought to mind Laura’s daughter and other young women leaving the nest.

June was a month of song – odes! That was an easy and fun form, a good contrast to a confusing, weird month in the news cycle.

July in Scotland, we wrote “In the style of,” and we honored e.e. cummings, even reading aloud.

August was meh – seventeen syllables of personals ads was somehow harder than expected.

September was FOUND Poetry, and I found it nearly impossible. Gah!

October gave us Etheree Taylor’s counted form, which lent itself to myriad visits.

November, we took ekphrasis as our guide, with various good results – even though we grumbled.

December…and now here we are, and what now? This month the poetry form is the epitaph. I assign it to myself, and think it’s fitting: 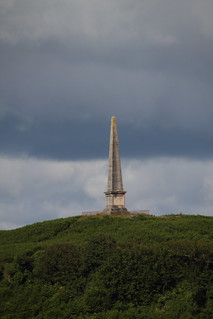 Epitaph Upon A Time Almost Past

A crumpled, used up Year arcs toward the bin,
Besmirched with smears, erasures, tears and mends,
Like mushrooms rising fresh from mounds of rot,
All-new, annual perfection is now sought.
Midnight chimes inside time’s mausoleum
Take the new in hand, cry, “Carpe Diem!”

(With murmured apologies to Robert Herrick.)

It’s been a ragged, jagged little shard of a year but filled with grace, because of Poets …and Saints. Thank you, Tricia, for having a birthday we needed to celebrate, to Liz for (as always) kicking us into gear, and for the patience of the group as I whined. And whined some more. And rolled around on the ground and kicked until something came together. It was good for the soul, as poetry always is, and you’ve all been good for me. Cheers and onward as we wrangle lists and forms to figure out what’s on for next year.

Poetry Friday is at Buffy’s blog!

5 Replies to “{a year in iambs: twelve months, seven sisters}”