Why, yes. Sestina, in this case, IS a verb. It’s kind of like …to sashay. Or to salsa. It’s a complicated thing, and you have to move your hands, and throw around your hips just right. Or, your words. Whatever.

A poem with six stanzas of six lines and a final triplet, all stanzas having the same six words at the line-ends in six different sequences that follow a fixed pattern, and with all six words appearing in the closing three-line envoi.

The form of a sestina is one of the most complex I’ve attempted – and I’ll admit that the last time I tried this, three years or so ago, it Did Not Go Well. I never posted the attempt. This time, we all told ourselves that No Matter How Bad, It’s Going Up. Because of the form – the repetition in the end words in six, six-line stanzas (and the three line envoi, which comments on the previous poem and allegedly wraps the whole thing up) – this poem can quickly become either sternly didactic or repetitively silly. I didn’t worry about that, when I wrote mine, to be honest. I worried about finishing it in time, and making the meter pace out nicely for me.

Not a ONE of us is absolutely satisfied with our attempts. We move on anyway…

About the pacing: Though there is no meter requirement nor rhyming, I am a rule-junkie, and my rule seems to fall into three-quarter time, or thirds… and I can’t really explain how that touches on words, but I know that in music, that’s my preference – thirds and waltz-time. At any rate, I tied my words to an internal rhythm other people don’t need to use. You’ll sense more freedom and flow in other people’s sestinas – I’m just not there yet, though someday, who knows.

torch in my pocket, face to the wind. 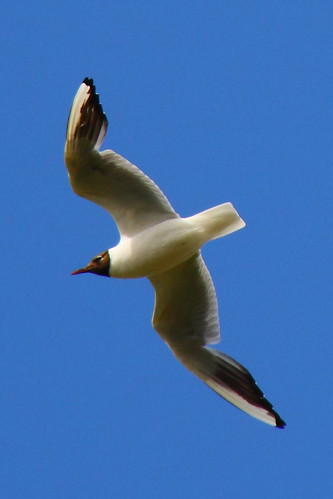 “You must begin to finish,” just makes sense,
So, “boldly go;” throw caution to the wind.
Take risks. Put all your eggs into one cart.
When down, the only place to go is up.
(While time does make things clearer, in its turn,
Within its cure, use silences to hear.)

Toward seasons, partners, states – all altered here –
Reality sends weary hearts the scents
Of sea change. Peace! You know which way to turn
So let your face be scoured by the wind.
Since truth is not exhausted, or used up,
Be certain. Hitch this star to your small cart.

“Time healeth” all in pieces, a la carte.
One day we’re blind, the next, begin to hear,
We move, first back, then forward, get tripped up
And grimly wish we’d shown our better sense.
We weep for sun at midnight, chase the wind —
Plunge headlong towards dark currents, like a tern.

From flailing in that dimness, now we turn
And fling our mildewed sorrows in a cart
Our path to this low state we now re-wind
To ascertain where we can go from here.
Rock bottom, having bargained our last cents,
What’s left is to go on. Hold your head up.

It might seem advocating giving up,
To let life’s tides just carry you a turn,
But we learn first to float, in any sense,
(Don’t NASCAR racers start out with go-karts?)
And babies must crawl first, or so I hear.
To learn to fly, first turn your face to wind.

From waves, onto the land, and on the wind
The path evolves: we swim, we crawl, stand up,
We babble, then we finally learn to hear.
The wind goes where it wishes, and we turn
And glide through life’s rich bounty, fill our cart
The joy of life in every savored sense.

We fight it, first, when in the wind we turn,
As shaken up, it rolls our apple cart –
Yet hear within its roar, the sound of sense.

There’s more poetry abroad today by the Poetry 7 – thematically, there’s a lot of winter, winter, go away going on, but what it turns into is amazing — as in Kelly’s poem about weather and human will; Andi’s tale of hornets, fishing, and survival; Tricia’s gritty push back against the cold, Liz pondering things which are only as stable as they appear; Laura’s farmyard parable with the four-legged tractor in revolt. Poetry from Sara next time; she’s opted to FINISH HER NOVEL in lieu of sestina-ing this month, and her agent and editor are certainly happy, and we are happy for her.

The Poetry Friday Roundup is at Robyn Campbell’s blog for more. Happy Friday (at last!)

9 Replies to “{the poetry seven sestina}”