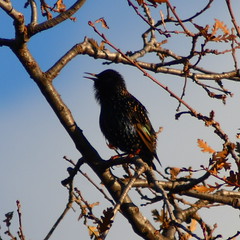 Okay, I’m somewhat of a bird …freak. I just know what my retirement holds, someday I’m going to turn into one of those ardent, crazed birders (looking at you, Ursula Vernon and Charlotte’s Mama) who travel to distant lands on the bare hope of seeing a bird for their life list. I just like taking pictures of them for now, but this is how it starts, I’m sure. Photography is a gateway drug to birding… But, it was unavoidable, this time, going through my bird pictures. Because the form of the month for the “Twelve Forms, Twelve Poems” 2015 Challenge the Poetry Seven did this month had an extra challenge to our pantoums, since we’ve proved already that we can do them most of the time – we were all meant to write a poem and use one of two words “certain” and “flight.” The words just seemed to go together, and be something about birds, to me.

Of course, I then went and wrote a pantoum I just LOVED, unrhymed for one, which is actually more of a challenge for me – but using NONE OF THOSE WORDS. *sigh*

I’ll save that one for later, but after reading and working through my Sisters’ poems on the Google Docs form we use (and never was there such a document full of crossed out, highlighted, margin-note-jotted poetry) I felt like I should make another effort – as some of them have been doing. Surely, if I could do one poem I was happy with, I could at least make the effort to play by the rules we all agreed on, use “certain” and “flight,” and make another creditable attempt.

Remember what I was quoting the other day about poetry helping the poet argue with herself, and what the fantabulous Mr. Rosen said about form being the ring in which young(ish) poets wrestle? The form just pinned me into something that. just. worked.

birds line their nests against hard truths we know —
stockpiling soft and insulating white —
and fragile souls protect, against life’s blows:
this evolution ends in fall or flight

stockpiled with softness. insulating, white —
a downy landing, real life in disguise
then evolution ends. With fall or flight,
they flail into this world, and then they rise.

A downy landing, real life? In disguise
(they, trying to find wisdom as they fledge)
will flail into this world and then will rise,
but first, life’s lessons push them from the edge.

while trying to find wisdom as you fledge,
recall the ones who caught you as you flailed –
as lifelong lessons push you to the edge,
think what you owe to gain the heights you scaled.

recall the ones who caught you as you flailed;
now fragile, they protected you from blows
think. what is owed to gain the heights you scale
who lined your nest? Hold true the ones you owe. 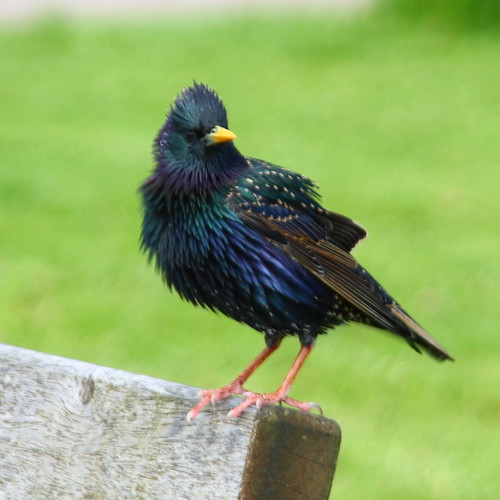 The other sisters pantoum-ing around the blogosphere. Here’s Dr. Tricia Not-A-Farm-Wife @ The Miss Rumphius Effect, Laura’s two for teachers @ Writing the World for Kids, Andi’s poem on Star Wars and true flight @ A Wrung Sponge, Sara’s seductive tidal moon, @ Read, Write, Believe, and Kelly published one yesterday, and one today @ Writing and Ruminating, and Liz Garton Scanlon all at sea, and seeking identity.

The Space City Scribes (I love it – Space City = Houston) are hosting Poetry Friday today, so do pop on over. Meanwhile, I’ll share my other pantoum …soon, but for now, I think I’ve earned a little break…!