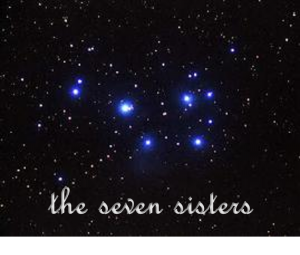 She’s the one who pokes and prods us from our dailiness, who whispers, “Poetry!” in our routine-deafened ears, and we six follow the piping of her seventh, back into a poetry challenge. Seven Dancing Poetry Princesses have now worn a crown of sonnets, we’ve wrestled the brooding villanelle, and we learned together that the rondeau redoublé is really harder than it looks, as was Andi’s clever renku game. This time, we thought we’d start with something easy – the pantoum.

Yes, let’s do take a moment and laugh – derisively and loudly – at that notion. You’re very welcome.

I messed around with the pantoum last year during another one (of, not-surpisingly, Liz’s) National Poetry Month challenges, and if you remember the rules of the form, it varies lines like a villanelle, and repeats everything twice in a pattern. Of course, every pattern has variations and every original has an exception…

As when we did the villanelles, we agreed to a repeating phrase. “I’ve got better things to do than survive,” from Ani DiFranco’s song “Swandive,” was ours this time, which, when all was said and done, half of us hated, and half of us changed, adding the word “just” before survive. It never fails – we start off thinking we can work with what we’ve got, and then – we don’t. For me, the feet and the meter in the phrase itself didn’t work, and using a contraction made it too casual. Who knew I needed formality? Also, I think without the context of DiFranco’s song, survival seems to be a negative, which isn’t what she intended. Those of us who added “just” were inadvertently trying to rescue survival – to redefine it as “more than merely hanging on by our fingernails.” We’ll see how successful we all are!

Our poetry topics, as usual, range from the silly to the sublime. My poem is a little ragged, and a little personal. It’s about motherhood — and no, I’m not announcing anything. As a matter of fact, the poem is about the fact that the announcement is never going to come.

A lot of people don’t make a choice about kids – they don’t know, they think, “I guess, maybe someday, it’s what people do,” and they go on and live their lives, and one way or another, their time to choose runs out, either in the form of a surprise package from the stork, or realizing one day that they’d be fifty-five with a first grader. I’m not one of those people – I chose. People have poked and prodded and asked and assumed about that choice, but I did make it. People have disrespected, cajoled, complained – and have had the nerve to complain on my mother’s behalf, when she doesn’t care. (If I never hear, “When are you going to give that mother of yours grandchildren?” ever, ever again, it will be too soon.) And I have had to live with my choice – with time to change my mind. But, the years are winding down – or up, is it? – and within ten years, that choice will no longer easily or safely be made. And, every day that goes by, time takes that equation further out of our hands.

It shouldn’t matter. The choice is made. But, it’s funny – when you’ve chosen something, made a stand, drawn that line in the sand… sometimes…Sometimes you still find yourself wrangling through it it, if with no one but yourself, telling some imaginary person, It’s not you, it’s me… Thus, today’s pantoum.

Oh – you may notice that others pantoums are longer. I worked through a longer version of this, but I like the traditional three stanza version better. It’s punchier – it makes its point, then retreats. I still think it needs some work – but it is what it is.

I’d be a lousy mother, start to end
I lack maternal patience, wit, and drive.
Won’t feed this heart on wishes: facts, my friend:
I’ve better things to do than “just survive.”

I lack maternal patience, wit, and drive
My natural state is fraught anxiety
I’ve better things to do than just survive
I’ve stumbled on this truth belatedly

My natural state is fraught. Anxiety
Won’t feed this heart. Oh, wishes? Facts, the friend
I’ve stumbled on. This? Truth. Belatedly –
I’d be a lousy mother. Let this end.

One of the most amazing things about working together with this group is how we respond to each other. While we respond critically to each other in minor ways, for the most part the response is sheer appreciation. Phrases like, “Your poems are like a black velvet jeweler’s cloth that is buried under the weight of beautiful images” and “I feel like this could be cross-stitched on a million pillows across the U.S.!” are common. Poetry feeds us – but the Poetry Seven also feed each other, which is why we remain tuned to a vision of villanelles, a round of rondeaus, and a soupçon of sonnets in our daily lives. May it always be so.

Today, Laura Purdie Salas is hosting both Poetry Friday, and the whole of our Poetry Seven passel of pantoums. You’ll find poems by the intrepid Kelly Ramsdell, by Sara Lewis Holmes, by our very own pied piper, Liz Garton Scanlon, by Tricia Stohr-Hunt, and Andromeda Jazom. Thank you for supporting the madness, and stopping by to read today.

13 Replies to “{poetry friday: the P7 and a non-mothering pantoum}”