Occasionally I mess about with the New York Times for reasons other than to feed a rising dismay at the amount of the crossword I’m unable to complete. This week I looked through the online offerings at their craft of writing page, Draft , and read with my usual jaundiced writer’s eye. It was, of course, well-reasoned, tidy little piece – what in the Times wouldn’t be? – but I read it with the sense of dislocation that I often have when reading about adult writing. 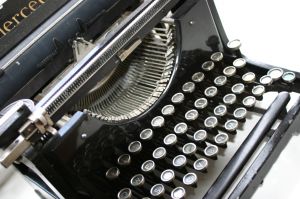 I admit, since grad school, I no longer read much writing that is strictly literary fiction, aimed not just at adults, but educated adults with long attention spans and linguistic ability. I gratefully released Ian McEwan back into the wild, shoved Vladmir Nabokov under the bus, and showed V.S. Naipaul the door. (I kept some, like Barbara Kingsolver, Marianne Robinson, Jhumpa Lahiri, Chimamanda Adichie and A.M. Homes, lest you think me a total Philistine.) (HM. I just realized that I kicked out the men, and kept the women. This was unintentional. I think? I was mostly fine with the depressive, atmospheric Naipaul until he decided that women weren’t his literary equal, the toffee-nosed git.) I took up with low company, with science fiction writers and spinners of fantasy, and I took up with those who wrote for “lesser” readers, that is, for young adults. So, often what I read in shiny publications is not for me – I know that. And yet? Young adult fiction is statistically the strong, flowering branch of the publication tree, really and truly bearing fruit. What I read critically about writing should be about young adult literature as well. But, I digress.

This week’s Draft was about, interestingly, clothes. Clothes in classic literary fiction have always been a huge thing — you get an immediate sense of who a character is, and where they stand, based on their couture. The author points out how well Fitzgerald used this conceit in THE GREAT GATSBY, how Homer had Paris show up with the skin of a leopard over his shoulders in The Iliad, and how Jacob, gifting his son a many-hued coat, really should have sprung for at least new jeans for all the others.

I appreciated cultural critic Lee Siegel reminding me of various outfits worn by various characters, but I found some points jarring. When the author compares the classic Gatsby of 1925 with a central character in Jennifer Egan’s 2010 novel, A VISIT FROM THE GOON SQUAD, he kind of loses me.

Gatsby is wearing the novel’s themes: white as the fantasy of self-remaking without the blemishes of the past; silver and gold the currency-tinged colors of an impossible happiness. Egan’s character is simply wearing clothes.

Well, to be blunt, I don’t buy that. If you’ve read A VISIT FROM THE GOON SQUAD, it’s clear the basic black/white of Egan’s character says something about that character, too. After all, the Goon Squad is representative of time, in this collection of linked short stories. The characters, with ferocious intellect, massive talent, money, everything — NONE of them can stand against the goon squad. The black/white simple outfit, rather than just being “clothes” says something about the pared down defense that a human being can mount against the unassailable. You can’t dress for success against time – so you put on the uniform and just do what you can.

Clothes have become more like costumes, intended more to hide than reveal who we are, or who we would like to be. An eclectic, basic, affordable style allows the super-rich to conceal their soaring exclusivity and to mimic humble circumstances, while it permits the rapidly contracting classes below them to camouflage their precarious status. The result is a place somewhere in between: a middle-class style without an actual middle class.

But, to a certain extent in modern society, isn’t this always the way it has been? The only reason – THE ONLY REASON – writers have name-dropped clothing brands and stuff into narrative has been to imply class – whether actual social class or the “aspirational” class of a poorer character. In the “chick lit” barrage of the 90’s and early “oughts” where everyone and his purse-sized terrier dropped Louboutin or Manalo, those labels meant less than nothing – except that some ridiculously cookie-cutter editorial assistant (weren’t they all???) was unwisely spending the paycheck that barely kept her housed in some cruddy little flat on aspirational crap – pretending to be someone she was not, in hopes that she looked the part enough to get the part someday.

After all, we live amid a ceaseless torrent not just of new images, but of ones that have been computer-generated, mashed up and photoshopped. Appearances are no longer merely deceiving. They are increasingly worthless.

…which I think is a fascinating, fascinating thing to say about characters in literary fiction. We’ve been so visually manipulated that appearances are worthless. And, Siegel goes on to say, that the hunger in adult lit for the stripped-down, personal narrative is rising higher than the appetite for fiction. This to him is telling. Yet, in YA lit, the discussion about the need for more diverse images surges on – this is DEFINITELY a very telling difference between young adult and adult literature: we’re not shutting down the usefulness of appearances. We’re BEGGING for more to look at that reflects our real world, while adult fiction is withdrawing, perhaps, from the external world into the interior world – where maybe YA lit has been all along.

Something to think about.