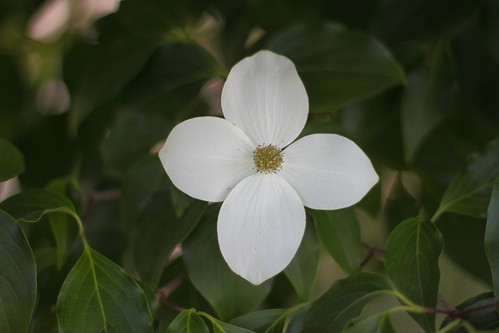 No haiku today, chooks; the month of poetry leaps into further action with a new form (for me, anyway): the raccontino. According to Travis Lyon in Forms of Poetry it’s an English couplet form, but from what time period and which English person, he doesn’t say. We do know that the word “raccontino” means storyteller in Italian, and it’s likely also its common root we get the lovely word “raconteur” as well. A raccontino is composed of couplets (any number), with the even numbered lines sharing the same end rhyme and finally, the title and last words of the odd numbered lines telling a story.

It’s … well, am I really going to whine again about how hard a form has been? Why, yes… yes, I believe I am. This raccontino stuff is BLOODY DIFFICULT. I think I was most disgruntled by this form because on the surface, it LOOKS easy, dunnit? With a well-crafted title and some nice end rhymes, I was so sure I could just whip one out… I found myself starting over repeatedly, first trying to write the little end-line story and then trying to just write a poem and having the story write itself, but neither worked that well (though coming up with the sentence before the poem worked… better – but then I could only come up with long sentences, which meant acres of couplets. Argh). And, no matter what tone I took or what feel I tried to invoke, ALL of my poems seemed preachy, severe and didactic.

I think that’s more a function, though, of the clutter in my brain; March blew out like a lion instead of that proverbial lamb, and I’m feeling a little overwhelmed, a little clawed and growled at, a bit distorted and unhappy with my work and my world. Everything seems to be landing on my head at once – smack, crash, BANG – and I’m starting to show cracks from the wear. I need to take care of the roof overhead… but in the meantime, I keep writing didactic poetry that scolds and preaches and exhorts. Get up, straighten up, pull it together! it seems to shrill. I surely need to do all of those things, and the scolding is more for the writer than the reader, yet I think all I have within me is to hunker down and hide. It’s a jungle out there.

speak softly. it’s a jungle out there

all else failing, quiet, murmur this,
“Brain, take over, ’cause my heart cannot.”

Lest your words like axes, made for war
Split to kindling those with whom you’ve fought,

Sapling love left snapped and bent by rages –
Sawed up into splinters, left to rot…

Wisdom’s in the words I here pass on,
So before you take off like a shot,

Pause. A touch – a word two hearts can grab
Grafting hopes to bud when things are fraught.

— choices. Love will go or love will stay
as we choose to keep it in our thoughts.

Well, the goal this year is “It doesn’t have to be pretty, it just has to get done,” so that’s us for April. Please read some of the other creative efforts, from the poetic sorority members Tricia Stohr-Hunt, who introduced us to this form to begin with, Liz “sweet love song” Scanlon, Laura “born to the form” Salas, Sara “throw down with chaos and still make it work” Holmes, Andromeda “glutton for punishment because she did two” Sibley, and Kelly “just keep it simple” Ramsdell. Other poetry being rounded up for Poetry Friday is at Amy’s Poem Farm, and my Jama-james is keeping a piping hotTea eye on the entire poetic kidlitosphere this month.