Do you know the word “saditty?” Lest you think I made it up (it IS a made-up word, but I bear no responsibility), I give you A Way With Words Radio’s podcast from awhile back wherein they discuss the word saditty – or seditty, as it was once spelled. It’s a portmanteau words for “sedate” and “uppity,” as far as they can tell, and it’s an old word from the African American community of the ’40’s, a disparagement usually applied to women. (Aren’t they always??) A woman who is saditty is a woman who believes she is ALL that is classy, regardless of the fact that you knew her when she was just another girl from the block. I had a good time using it here – directed toward no particular gender.

the saditty committee, whose lives
gather creases in shabby chic conform
their feet to roads-more-traveled, go gentle
into inoffensive twilight (do
nothing so gauche as rage) believing
themselves lost without the flock,
they bleat to a diminutized shepherd.
the green pastures, to which he leadeth, (O
blessed thought), their own well-grazed front
lawns. (no shadowed death valley-walkers need
apply) the saditty are shocked by tragedy
ruminate on the unfortunate in …
was it Cambodia – no, Cameroon – ?
(never mind.) with pleated brows they care and
they give – as long as no one needs more than
ten percent, parsimoniously parceled,

…the sadity committee, not of this world,
does not care for it. Politely, they fold
their righteousness into vintage
carryalls, eschew – in slippers or in streets –
gold, (except in tasteful crosses). pluck and tune
their harps while Rome’s smoke rises.
meanwhile, at the crossroads the signal, red, insistent
strobes warning like an oncoming train

Sometimes poetry best lends itself to voices. Here, I read aloud. (Since I was still fiddling with the final lines until this morning, they don’t match, but never mind.)

This month’s Poetry 7 Challenge was both easier and harder than expected — (and isn’t it that way every month?). We chose “In The Style Of” and selected a rather recognizable poet in the form of e.e. cummings. That was the easy part — everyone knows e.e.’s lack of capitalization and entertaining line breaks. What was hard was choosing a poem to echo. He has a great many poems which I still don’t understand (Shhh! English major confessional here) and couldn’t hope to emulate. However, a great many of his best-loved poems resonate more simply with me. Edward Estlin wrote the original poem, “The Cambridge Ladies, Who Live In Furnished Souls” about his own community, and his genial contempt for their insufferable contentment with the world as it stood shows clearly through these lines:

The Cambridge Ladies Who Live In Furnished Souls

the Cambridge ladies who live in furnished souls
are unbeautiful and have comfortable minds
(also,with the church’s protestant blessings
daughters,unscented shapeless spirited)
they believe in Christ and Longfellow,both dead,
are invariably interested in so many things—
at the present writing one still finds
delighted fingers knitting for the is it Poles?
perhaps. While permanent faces coyly bandy
scandal of Mrs. N and Professor D
….the Cambridge ladies do not care, above
Cambridge if sometimes in its box of
sky lavender and cornerless,the
moon rattles like a fragment of angry candy

Estlin Cummings was inextricably a part of Cambridge in the community of Harvard — and as such, as he criticizes these Cambridge ladies, he invariably also criticizes himself. Ideally, we only can truly criticize a community to which we belong – at least, criticizing with any hope of change. Change comes from within… The saditty committee is my own attempt to harness my genial contempt for the the do-gooder, churchy-girl type of person I tend to be – if “do gooder” is all I am, without more thought and depth and soul. The Cambridge Ladies were probably nice people, who meant well, but we well-meaning folk can get too involved in our little lives spent doing good – while the world outside of Cambridge – or the Church – or our hometowns – has real issues we haven’t even imagined. 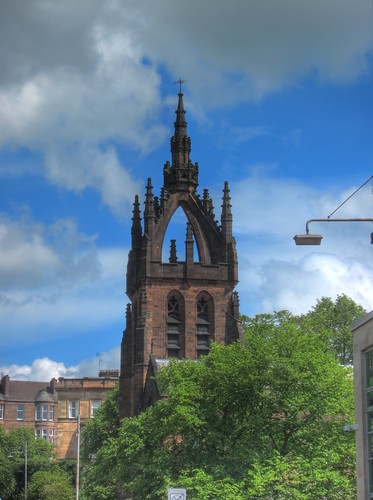 Today is kind of a podcast day; as part of our Challenge this month, we all decided to record ourselves reading. We most of us didn’t love this part, and don’t love the sounds of our own voices, but I decided to quit dithering and just do it all in one go. You’ll find the rest of the Poetry Sisters poems for today (and bonus poems from Laura) right here. Should you just prefer to page-hop the old-fashioned way:

Need to sail through the words of more poets like e.e. and his tribe? Poetry Friday is hosted today by Katie @ The Logonauts.