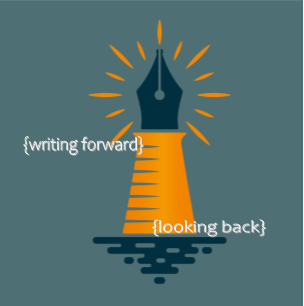 So much has weighed so heavily this month that the word ‘ponderous,’ which was intended as a sort of light-hearted take on feeling dragged low by the end of summertime has a much, much greater weight to it now.

There’s much, as always, for which to be grateful – for today, the air is clear, the fires are closer to reaching containment, there’s been minimal damage from any earthquakes, and while we’ve lost our Justice, a new one hasn’t been forced upon us just yet. Just for a moment, let’s take a hard turn away from the ponderous news cycle and our very literal feelings of heaviness, and concentrate on something happier… like hippos. 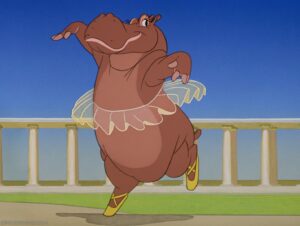 Of the Poetry Peeps, Laura’s usually the animal poem person, but I have had a soft heart toward hippos since seeing Disney’s Fantasia as a kid. I always cheer on the underdog, and Hyacinth Hippo was …meant to be comedic, in her ungainly grace, with her less than sylph-like size – but just like the ostriches who began the dance, she was also earnestly, beautifully dancing her best.

When Fiona, the hippo born six weeks prematurely at the Cincinnati Zoo & Botanical Gardens, became a YouTube star, I think everyone’s love of hippos skyrocketed. Fiona is adorably full of personality, and her fans find hippos just the sweetest, hugest, splooshiest… water cows, ever. (The Afrikaans word for hippo is seekoei, which literally means sea cow… which makes sense, if their closest relative is the whale.) And, finally, I have to love hippos because I was leaping around, pretend ballet-dancing after school when I was about ten, and got called a hippo, because …Middle School.

Y’know, not everyone is a graceful seahorse. We sea cows may as well own it.

Never cutting through the river
like an arrow, swift and clean –
Never poised and leaping lightly,
Not a sylph-like figurine.
Comical with weighty wallow,
In a pod they’re called a …BLOAT!
River horse, cow of the water
Amphibious anecdote.

Always barrel-shaped and ponderous
but their bite can snap canoes.
Always outclassed as a runner –
(Those jaws need no running shoes.)
Munching eighty pounds of grasses,
They cause crocs to think again
Confidence their superpower,
Hail the whale’s more deadly kin.

(I couldn’t decide if the last lines should be, They make crocodiles think twice/Though they’re graceful in the water/Mess with them, and pay the price, but I like both conclusions equally: the hippo is the deadliest land-animal in Africa, and we should be so lucky to be called a hippo.)

Want to see what our other Poetry Peeps have done this week? Liz was relieved to write about hippos instead of, say, the presidency. Tricia’s pondering hippos, while Laura’s are stepping high. Ponder Sara’s wordplay here. Check out Carol’s seaside poem here, and Cousin Mary Lee is exploring ponderous thoughts here. Stay tuned as other poets check in with their hippo-ponderous poetry throughout the day.

Poetry Friday is hosted today at Jone McCulloch’s blog, where we’re invited to be both brave and mathematical. Thanks, Jone! 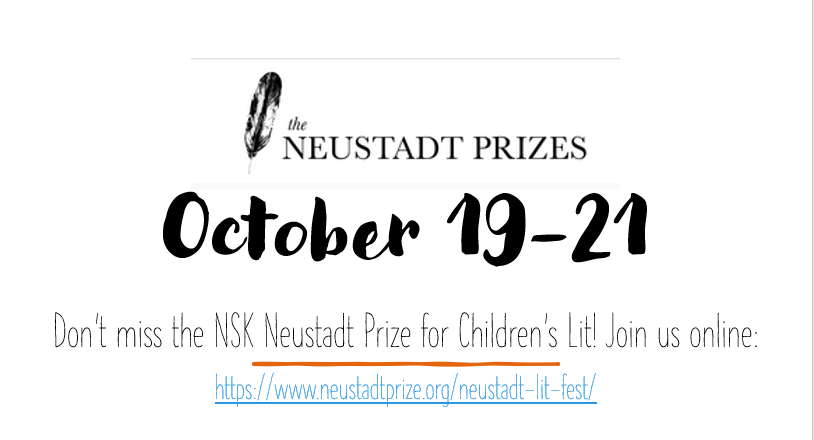 The finalists for the 2021 NSK Neustadt Prize for Children’s Literature are:

The 2021 prizewinner will be announced on Oct. 20, the second night of the 2020 Neustadt Festival, which runs Oct. 19–21. Though traditionally, this Festival is held on the campus of the University of Oklahoma, this year, you’re invited to join us online! Hope to see you there!