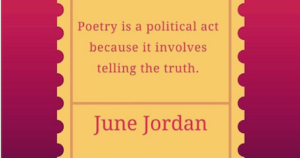 Have you worn tights or a jacket yet? I haven’t, either, but I have worn wool socks. All hail October, month of scarves and cardigans at last. Well, at least early-early-early in the mornings…

Wow, this …this has been a ride.

When Rebecca hit us with the challenge of the pastoral, I was jazzed. I haven’t thought of pastorals since my undergrad days, not really. I mean, we all read a tiny bit of Herrick and Shelley and felt very good about ourselves. Pastorals wax lyrical about the beauty of nature, and muse earnestly about nymphs and innocence. They shade their Deep Thoughts with colorings of Good, Evil, Moral Questions, and God, and poets used pastorals to ask Deep Questions, and you know me – I am usually pretty good with that.

In preparation for running with this challenge, I then read a lot of the pastorals I read in undergrad and — yikes.

(You sensed the “yikes” coming, did you not?)

Now, there’s nothing wrong with Wordsworth and Herrick and Shelley, and their thoughts on the natural world, but they really were sort of …removed from nature, even as they were allegedly writing from the center of it. There was, I felt, a weird imbalance there, and so I decided that the pastoral I wanted to write needed a blank slate… no Good or Evil or Moral Law invoked to provide philosophical distance for chin-stroking thought, and also, no negativity brought in by faceless powers. I wanted the harm caused in my poem to be strictly human – for nature to stand unemotionally.

That’s probably what Shelley wanted, too, bless his heart. And, like him, I didn’t… actually achieve this… 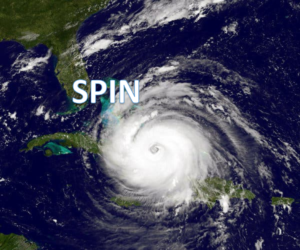 Spin: A Pastoral. Kind of

It circles like an anxious beau
In pacing circles far too close
In humid bursts of dread bestows
A forceful nature, bellicose

The serial affair we had
Was island sunsets, ocean views
How could a love like that go bad?
Why do these storms keep rolling through?

I so wanted to end that alliteratively with cyclones shrieking, but alas, in the Atlantic and Northeast Pacific, it’s a “hurricane.” In the Northwest Pacific it’s called a “typhoon.” “Cyclones,” meanwhile, only live in the South Pacific and Indian Ocean. Oh, well.

I thought I was done with my pastoral experience when reality provided me with a new poem. Yay! Songs of Experience! Or something.

I’ve written previously about my arachnophobia and learning to breathe through the EEEEEEEEEK reflex to destroy with fire what frightens me — I feel it’s hypocritical (I’m talking to me, about me – ymmv) if I talk a big game about dealing honestly and bravely with people who intimidate or frighten (Black people, LGBTQ people, teenaged people, people with Confederate memorabilia; Your Prejudice Here___________) and not practice what I preach all the way, right? (Disease vector insects I draw the line at, however – I will kill allllll the ticks and mosquitoes I see.) It is, however, HARD. The fear – and the bugs – are with us, all unexpectedly, every single day. Which brought me to the next poem… 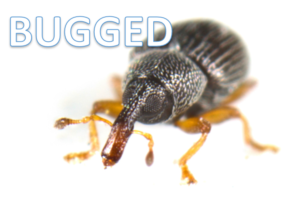 Bugged: Kind of a pastoral

I woke to find …a weevil in my hair
(Its nest within the cornmeal bag now gone)
My maddened flailing urged it land elsewhere –
where terra firma could be counted on.

That classic, “nature, red in tooth and claw”
Is not within suburban pastures green.
My shepherdessing dreams have fatal flaws
(Not solely lacking sheep, but herding genes).

The plants and flowers beautify the yard.
My veggie patch brings savor to each meal
But nature – insects – leave a calling card
That tells me that they find “my” things ideal.

Yes, cheek-by-jowl, in homes across the land
We live within the natural world’s embrace.
Poorly we share resources, contraband,
Pitch territory wars for breathing space.

Can we romanticize the trilling thrush
While spraying DEET on any bug that stirs?
Not “all things bright and beautiful” are flush
with favored human traits like cuddly fur!

Yet…fruit flies drive me mad. I will admit
I’m not a fan of ants, or – ugh – hornworms.
Arachnophobes backslide – we’re hypocrites
Who fight our natures, even as we squirm.

As always, my fellow Poetry Sisters took this idea and ran with it all different directions. Sara’s plays on elegy‘s heartstrings; Laura would like us to Come live with her and be her… annoyance; Liz’s vacation photos brought her poem to life; Tricia, possibly longing for recess, has written all over her homework; Rebecca’s hopeless reach for the ephemeral and Andi’s for fast-flying jewels bring painful beauty to life. We’re waving this month to sister Kelly as she is resting up for great things.

Poetry Friday is graciously hosted today at Library Matters. May you live surrounded by the natural world this weekend – in the most beautiful and non-threatening of ways… with falling leaves. Happy Autumn.