It’s been a wildly busy month thus far — I feel like a got a few things done, namely putting up some peach butter and drying a lot of peaches and freezing some other peaches… and our chorus resumed this week, so I am already hip-deep in new music. It’s all in Spanish, so I’m doubly glad I kept up with my Spanish studies this summer, and I’m understanding at least 80% of what I’m reading! This is super exciting! (Never fear I’m smug; my pronunciation probably sounds like I’m speaking intoxicated Welsh.)

The only snake in the garden is… well, there’s not one, unfortunately, that’s the problem. I actually ADORE snakes, even the ones that surprise me in the yard (I KNOW. I’ve not yet met a poisonous one in the yard, but even then, we’ll probably just respectfully leave each other alone). Laura’s challenge this month was for us to use a snake metaphor we haven’t used before, in a poem maxing out at eight lines.

This was DAUNTING. I’ve used every “narrow fellow in the grass” metaphor that I could think of before. I once wrote a sonnet to my snake. I didn’t know that I could come up with something new.

We didn’t share our process as a group, so this month, every single Poetry Peeps poem is a happy surprise to me, too. Kel’s all snaked-out and will join us again later, but Laura started us off sweetly, and then Andi surprised herself, Sara brought the weather, Rebecca saw snakes everywhere, Tricia got technical, and Liz slid in before the finish line.

Incidentally, Poetry Friday is hosted by Sylvia and Janet at Poetry for Children right here, and did you see the faculty for the International Board on Books for Young People (IBBY), biennial conference???? Our very own Princess Liz will take part, as well as some other really special poets, including Naomi Shihab Nye, Jacqueline Woodson and Traci Sorrell!!! WOW.

When I’m stumped for poem topics, I think about what’s new with me. As I’ve mentioned, we moved this summer and we’re around the corner from a high school, a block away from an elementary school, and a block and a half away from a junior high. It’s nice to go on my walk while others are trudging to zero period, *Ahem.* As I was saying, living so school-adjacent is entirely new, and so I thought of what I could do with that… and somehow add snakes.

A shrewdness of discerning tweens
A scamper of their anxious folks
A freshness of “first day!” school scenes
A catch-up made of snark and jokes

A schedule labyrinthine as snakes
Stumbling cross-campus, end to end
A tiredness heavy as lead —
Ends all first days. Thank God for bed.

It was a minimum day, but even so, you could see the difference between kids walking to school, and walking home. They were BEAT. I’m sure the teachers were, too – I remember that feeling, and salute you all who felt it a couple of weeks ago. 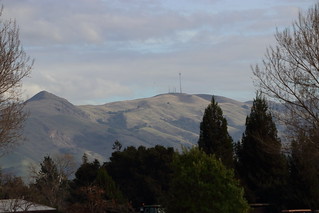 I can feel the season changing – the overcast morning and the cooling evening. Some of you can feel other nastier things, mainly high winds and oppressive rain. Be well, East Coast friends. A peaceful weekend with the grace of rest to you all.