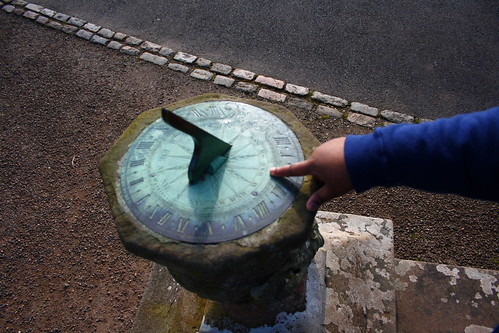 A change of season brings the urge to move the furniture, change the pictures, hang something new on the front door. We are delving into the massive project of finding photographic art to frame possibly to hang in our home, possibly to give as gifts.

This project is a doozy. There are I don’t know how many thousands of pictures on our Flickr account. Many were transferred onto the site, and were from film, before people commonly took pictures of everything and their food. Mostly, the earliest pictures are of art – painted coffee mugs and gourd birdhouses. The first sprouts in the garden. Later pictures show our little townhouse, and the long and painful process of gutting it from its 1970’s carpet and fittings, and putting it back together. Still later pictures captured our first trip to Europe, the five years we lived in Scotland, and every architectural wonder in the city of Glasgow, twice. Inevitably, the photographs turn to food. Shoes. Travels through Italy, Estonia, England, Puerto Rico, The Netherlands, Philadelphia, Baltimore, and San Francisco. There are thousands of pictures of castles, birds, signs, fish. Flowers. Random strangers who shouted, “Take our picture!” Our daily lives for years, chronicled in HDR.

People often ask, with no small amount of judgment, “Do you ever actually look at all those pictures, after you’ve taken them? As a matter of fact, yes, all the time. My screen savers and laptop background are nothing but pictures, pictures, pictures, which shift every five minutes to a new scene. Most of the castles we visited in our first two years of living in Scotland we never visited again. No matter our reach, despite best intentions, the world spins out of our grasp… and only new adventures remain. I find I am greedy for the past, to hold onto where I’ve been, even as I try to stand firmly in the here-and-now.

It’s important, this here-and-now. It is all too easy to imagine a rosy past, captured solely in perfect poses and carefully cropped and color-corrected.

Sometimes, it is troubling to look back – at beautiful holiday ornaments and a perfectly arranged house, and wonder, “Why wasn’t I happy then?” If only beautiful settings were a guarantee of a beautiful life.

We have only ever printed about twelve of the hundreds of thousands of photographs we have taken. It’s too hard to choose a single image. I love the slant of light on autumn leaves and snow in one picture, but in the other, taken only a moment earlier, there’s King Arthur’s Seat, and me standing in the middle, swathed in scarves. In another, there’s a slightly blurry silhouette of a face, but if we crop it, it’s a gray castle rising up from a slate-colored loch. Each of them represents one beautiful moment – perhaps a weekend, or a string of days. And, every time, I go through the pictures, I find myself thinking, “I want that day again. I want that beach, with that weather, with that group of people.” Never mind that we’re all seven years older and have lost track of various members of the group. Never mind the new additions, the new players we haven’t yet met. It just seems possible, when you look at a photograph, to reach inside, and capture it all.

We always think we can go back.

It’s a simple enough thing, to return. We imagine we can recapture the day, go back and experience it again when we’re thinner, or when the weather is better. When we have more energy for the place, or the people. It was a good day, we think. So beautiful. Let’s try again when this or that happens, when he or she is with us. Let’s try and have that day again.

Alas, even Now is sifting down through our clenched fists like the finest grains of sand, and going back to where we began works only on game boards. Gifts are best savored in the moment they are received… and sometimes, they’re not for tomorrow, but today.

One Reply to “{time stamp}”