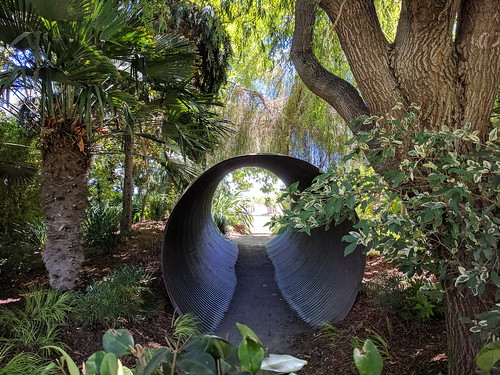 Things inevitably need maintenance when you need them, thus the oil light went on the day before our last day of packing. We made time to pop over to our usual car shop, where Tech Boy spent so much time before our last car finally blew up and left this mortal coil. They know him well at Honda, so when a lady came out from behind the counter and enveloped me into a fierce, bony hug, I knew it was for his sake, and not my own.

As often happens after the initial greeting of, “I’ve heard so much about you!” the questions begin, as the person tries to measure the real me against what my husband has told them. He, meanwhile, abandoned me to see if he could make the car make that one clunk sound for the technician, and so the lady behind the desk started the inquisition. She asked, predictably, about how Tech Boy and I met, and what my parents thought (they didn’t blink); she shared she’s gay, and her father is homophobic. I talked about being the youngest, and then the middle sibling, about taking care of babies as a tween and teen. We talked about working various jobs. She asked if I had new books to suggest for her nieces, and wanted to know if I had sold anything new. I shared a bit of how my latest project is making the rounds, explaining that the industry is changing and becoming more inclusive. I shared how in some ways I feel that creates a new hesitancy on the part of editors and some writers, but that we’re all finding our feet in this larger world of new voices.

Enter feather, knocking me over.

I made my best, “Mmm?” noise, because I just did not see that one coming.

“All this inclusive, political correctness. It’s his fault,” she repeated. “People started talking about race, and felt like they had to pick sides. And it’s not fair to the kids, you know? It’s not fair that it’s affecting you, your business. Children are pure. They don’t know anything about race, and they don’t care about getting stories from blacks or whites or anything.”

Perhaps it was cowardly, but I decided that a dealership shop wasn’t the place to go into my theories of …well, anything, really, and with a woman whose name I hadn’t even caught, whose personal contradictions I couldn’t even begin to plumb? Nix, nein, nope, and thank you. But, I’ve thought of this woman’s egregious assumption often in the days since.

A lot of us assume that children are pure – mentally, I mean. Unsullied by the nastiness and selfishness of the human condition. I don’t know how we manage to forget that they are born professional narcissists and by year one display their amoral characters at will. They will clock you upside the head or attempt to kick/scratch/gum/bite you, should you come between them and their desired keys/toy/cell phone/Cheerio. They scream “MINE!” at the slightest provocation, even claiming ownership over things they’re nowhere near, not to mention don’t actually possess; they can be spiteful little beasts, between bouts of looking adorable and sleeping sweetly and enslaving us with their toothless smiles. They are generally dreadful until taught better, because they, like we all, are wee mammals and nothing more. Animals, until they learn humanity, in a way.

What Honda Lady was trying to convey, I believe, is the common belief that children are free from the bias and tribalism that taints adult interactions due to our having been raised within the constructs of institutionalized racism. But, she’s wrong there, too. Tricia’s recent blog recap of the conference on race she attended at the NMAAHC reminded me of this study conducted by CNN.

With 146 participants, I don’t think it was a big enough study, by any means, but it’s underscoring what other research on early childhood education centers have shown, that adult bias against children of color begins as early as preschool. Little wonder that children’s natural bias and tribalism comes through so young – monkeys see, monkeys do. Human beings begin to make judgments and gravitate toward those who are like us as early as six months…

They’re adorable, squeezable, and perfectly drool-y. They’re plotting, if not world domination, attention domination, and the ability to put everything into their mouths that they’d like, at any time. They’re clueless, but pure? Nope. Children are just… human animals, same as we adults. And, there’s no way you can spin that being the former president’s fault, either.

2 Replies to “{“children are pure” & other egregiousness}”