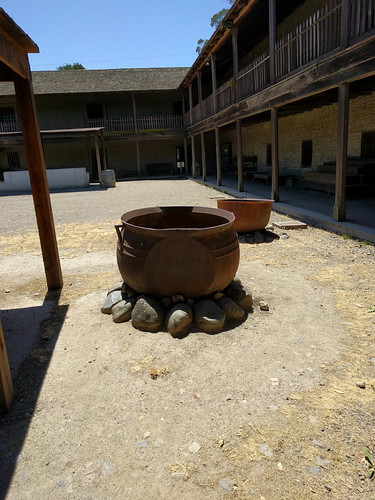 Sooo, as it turns out, what with one thing and another, my parents aren’t rich. Who knew, right? Other than me, on Year Twentysomething of paying off student loans.

We were ridiculously poor when I was growing up… though I didn’t always see that clearly. I had hints, from seeing one of my mother’s pay stubs back when I was in the fourth grade; she made a whopping four-thirty-six an hour. I looked back at that in horror when I was at my first post-college job, making just over nine dollars an hour. That was ludicrous, right? But it still didn’t seem right that I made more than my mother.

Of course, by then, they had raised her rate of pay, one would imagine. But, I have no idea. That sort of thing was Grown Folks’ Conversation, and little old me would have had no business knowing. What I didn’t know haunted me. I couldn’t be like a normal kid and think, “Oh, well, money. Mom, I want a Cabbage Patch, when you get around to it.” Nope. Knew there were some things I didn’t ask for, couldn’t have, so didn’t bother. I got second-hand Barbies and a lot of knock-off books from libraries and schools thinning their stock (thus supporting my parents’ dream of us reading only nonfiction forever, bless them). I got hand-me-down clothing from two older sisters plus a whole church full of people. That was my life, until I left home at sixteen, got my own work, made my own way, and married. But, I still didn’t feel like my family was brutally poor until about two weeks ago, when my mother said she was going back to work.

Oh, yes. I had a full Chianina, instead of the usual generic cow. I had to have a quiet lie down and weep a bit. Of course this feels like personal failure. Aren’t you supposed to, like, take care of your parents? Especially if you have no kids. Especially if your family unit is doing okay. And… we do the regular family things, like sharing Costco hauls and CSA boxes when they’re too big (or you really don’t think you can eat another eggplant and your vegan parents lap that stuff up with a spoon). But, it wasn’t enough. My Dad had to retire due to health reasons years ago (though he’s exploring driving for Lyft, I just discovered), and my mother had only stopped working at sixty-three, because she had a series of surgeries (and a really repugnantly ignorant boss). Now that she’s healthy – and broke – she’s going back to work. 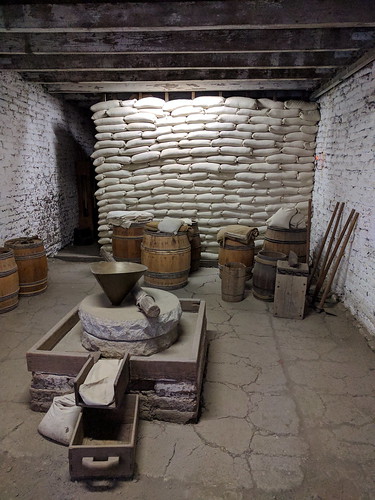 It’s not that she wasn’t the director of the school where she’s returning to teach. It’s not like she has to be in charge, or is even working there full-time. It’s not like she doesn’t know everyone there, and see many of those selfsame kids every weekend at church where she does a program for the two-year-olds as she’s done for the last thirty-five years. It’s not like she’s going to not be greeted as a returning hero who knows the ropes and can mentor the others. It’s just… it’s just…

This sort of thing is apparently commonplace all over. The poor British officially have had their pension age raised, and it may rise all the way to 70. I don’t imagine people in less developed nations ever officially “retire;” no, they do what needs to be done, until they can’t. As everyone does.

I was comforted in knowing that a friend’s mother – who is older than mine – works happily at Costco as one of the food ladies who offers samples of this and that – and since she’s a vegetarian, they don’t have her handle samples which involve cooking meat. I know that older people retire and get bored of dandling the erstwhile grandchildren – or realize their Social Security is hardly enough to carry a teaspoon of water, and often go back to work part-time like my mother is, and it’s not the end of the flippin’ world. Hello, Harrison Old-Hoary Ford is in yet another movie, and he’s at least Noah’s age by now. (Okay, seventy-five. Whatever.) It just… feels like I got confused, looking at MY life against the backdrop of the largely white-collar, professional community in which I grew up. I got confused looking at MY world against the backdrop of what I consume in media, where I am given an idea of the life I’m “supposed” to have as I grow older. I grew confused as to what reality was vs. MY reality. 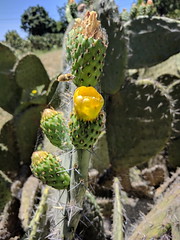 So. Mom’s going back to work. I was going to make it a fun thing where I made her a new craft smock and got her a new water bottle and a visor, because she’s going to be doing playground duty – which I didn’t love when I was teaching – but Tech Boy finally got a new post, and so we’re scrambling for the world’s fastest move, so all that – and all my private tears – will have to wait. Mom’s first day back at school in August is not going to have the fanfare I’d planned. But, maybe that’s just as well. This is just a part of life for hundreds of millions of people, not A Tragedy.

I still hate it with the heat of four thousand suns, though. It’s not right. I’m supposed to have won the lottery by now, so she could have a mansion and a golf cart (why? Why would anyone want one; top speed is something like… eight miles an hour), and never have to work another day.

Reality is freaking hard… but like a bloom on a cactus, it has its unexpected beauty. If your Mom hustled so you could do all the things she thought would make you a stellar woman, don’t limit your gratitude to a single day in May. Okay? Okay.

Photos from Petaluma Adobe State Park; if you teach the 4th grade in Northern California, please take your kids; they’re talking about putting it on the park closures list and letting it rot, and it’s amazing. They do an overnight program and everything.