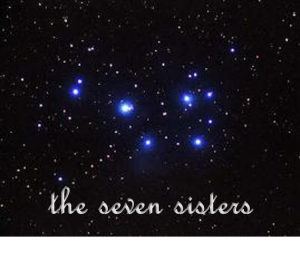 Behold, the clogyrnach [clog-ir-nach], a Welsh measured syllabic verse form containing 32 syllables generally in a 6-line stanza, though often it’s tidier to round up the last syllable to a single, six-syllable line. The first couplet contains eight syllables in each line, with an end rhyme of aa; the second, five, ending with bb; the third, three syllables, one with b, the other goes back to a, to give you aabbba. Apparently, this falls under the Welsh poetic form of awdl (odes), and some have posited that these poems are used mostly for weddings and funerals. Hm. Unfortunately, most of what is said at either is often doggerel, but the Poetry Seven has gracefully wrestled this form out of limerick. Tricia, having already sparred with the syllables last March, carries on with her usual verve. Kelly stylishly ushers us into autumn, while Sara introduces us to the longform. Andi’s been beguiled by the weather, Laura prepared her poem on an airplane (REALLY good use of time which I’ll be borrowing shortly), and Liz has presented pain with the most poignant beauty. Each of these has managed to pull beauty out of a thing which we thought we could not. Sometimes we are really good.

Because these poems are short-ish, I dashed off a good handful before I felt like I could stick the landing, as it were. I find that a clogyrnach really has to be topical, or it wanders, then sputters. Like in haiku, words must be used to their best, incisive advantage. I usually like to use quite descriptive adjectives, but those tend to be multisyllabic, and not a good fit here. So, let’s start with a single syllable – and a poem about a cat. Two friends had to put their seventee-year-old cats to sleep in the last week, the most recent was called upon to do so during inservice at her new school. New town, new job, new apartment- and the loss of the only familiar. It sucks, obviously. Though I’m not a cat person – and this particular smart beast savored this fact by coming directly for me EVERY TIME I SAW HIM – he was quite a decent old chap, and thus should be remembered: 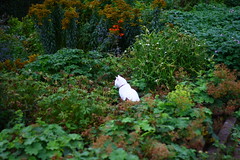 All good cats go to Kelvingrove’s garden, and chase voles they never quite catch.

Sometimes working separately on a single document (thanks, Google) has the positive effect of collaboratively growing another person’s poem. We don’t all indulge; some of us work better without seeing the intimidation (or discouragement) of seeing others’ efforts. For me, it was inspiring. I saw Sara’s longform and thought, “Oh, YES. This.” Saving the clogyrnarch from limerick-y sing-songy rhyme is the repetition of stanzas, enjambment, and all the other delicious little tricks which drag meaning deeper into brief lines. As I said before, ideally, a clogyrnach well-written is really topical, and since we’ve been rereading the Iliad and the Odyssey and these wackadoodle Nordic sagas before bed in the past few weeks, they worked themselves right on out of my head (nightmares) and into these lines.

Unique in lands of ice and fire
Are tales of mortals who aspire
Near to godhood’s heights,
Friend – not acolyte
(In hindsight? This backfires.)

While Loki’s larking leads to loss
His Hel’s a tough broad you don’t cross.
(Wolves and snakes!? Just fine,
In a god’s bloodline!)
Heroes, shined to high gloss.

I thought I’d end with the very first clogyrnach I wrote – covering that The Usual Suspects answer to the question of “what’s the worst that could happen?” This is for my Everlasting Worst Case Scenario brain: 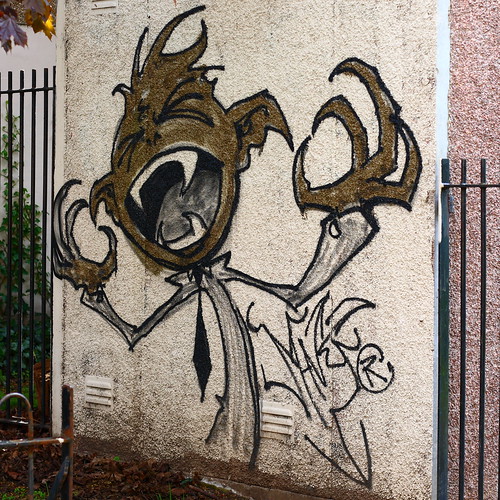 Well, if you’re up for more, don’t miss the Poetry Friday roundup at Penny Parker Klostermann’s blog. In the meantime, don’t let your brains get you down, kids. Happy weekend.