Autumn, incoming. Been foggy and chilly in the mornings for most of August, and this morning I opened the first jar of applesauce we canned two weeks ago. Today’s chill and fog, in honor of the battering poor Hawaii is taking, is hardly noticeable, and yet: September. Season of mists and mellow fruitfulness, the breezes smell of apple peels, etc. September is always the beginning of the year, after sooooo many years of school and teaching. So, happy new year, friends. It’s time to start over, and make new resolutions. 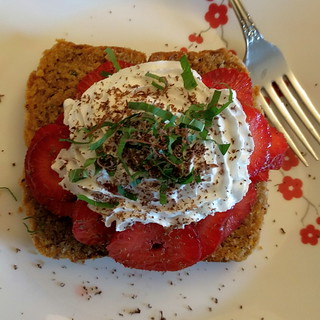 Summer’s goal was to finish the WIP by today, the official, can’t-really-excuse-it-anymore month when summer ends. Guess what? It’s …kinda finished! But, I’m not in the Cake-With-Rejoicing phase. *checks mood* Nope. Definitely still The Whining Phase, so it’s not time for cake. (Banana bread with whipped cream and a few shavings of chocolate, maybe. Technically, despite my Scottish friends’ snorts to the contrary: banana bread IS NOT CAKE. {LIE: it is BANANA CAKE. Maybe it’s just not time for chocolate cake yet??}) I’m not yet sure the novel says what I want it to say. Secret Agent Man will look it over on the 15th, Tech Boy is reading it now, so I’m holding off saying I totally hate it until then, but…

I might hate it. As usual. The thing is this: I keep trying to write to the well of deeper ideas that I have within me, the well which doesn’t come with a winch and a bucket but just… a cover? A nice little decorative bench seat around it? Some wild flowers? No way to get the water out, in other words. This inarticulateness really bugs me, but the cure for being unable to speak is to keep talking, and talk… louder. And, so I continue.

To that end, I’ve also listened – equally, doubly important. This morning I listened to a round-table discussion on Writing The Other with three writers of color, discussing the importance of practice, of failing, and of not holding minority communities responsible for your wanting to tell their stories. This is important to me – still and always – as a person of color, because my current Kinda Finished Work features a person who is part of the albinism community, and a Latino character. I don’t feel like I necessarily need an empathy-check on writing these characters as human beings, but it’s been empirically shown this year that people of color can still mess up – COLOSSALLY FAIL, even – if they don’t check in with the people whose voices they’re borrowing, so to speak. And so, the plan is to check in… once I get past this mushy, “I think I hate this” spot. Eventually.

(What’s really niggling with me right now is less writing minority experiences ignorantly, but writing, I guess, feminism coherently. There is a metaphor about teen girls as blank canvases that makes my main character kind of an extended metaphor – and she kind of is, but she’s also a character, so she’s kind of is not. Her albinism is being used to underscore that metaphor, but I’m still not sure it works. ANYWAY. Book mechanics!)

Part of my intentional resolutions for this new year is participation – I’d like to go to another writing conference, somewhere, and listen and talk about ideas and writing. Last week, I let out into the light of …social media, if not “day,” the idea I’ve had and written and rewritten for a science fiction novel. I’ve kind of been discouraged by my agent about speculative fiction — on his website, Secret Agent Man flatly states he doesn’t read it and has let me know that the editor with whom I work at Knopf has no experience in it, either. Since “Contemporary YA sells” (Thanks, John Green), the interest in it from my people has been less than faint, and so I’m kind of at sea… but on the other hand, thinking positively, I now have the opportunity to work with new people. I may even use a different configuration of my name, just to keep things straight. I’m determined, especially after listening to people writing under the hashtag #YAWithSoul, that there really does need to be more representation of marginalized groups in science fiction and fantasy. I’ve been fiddling with this novel FOR YEARS and — I’ve decided it’s going to be the next one I work on. I’m hoping it feels riskier than it is.

Finally, there’s a potential move on the horizon – another international relocation. I tend to lose my ability to write in the panic of packing and unpacking. This time, I’m a.) going for less panic (“Well… good luck with that,” Anxiety says, examining her nails), and also intentionally going to carve out some time for my brain — and at least write some poetry or SOMETHING to start processing things sooner. More information on that as it happens.

So, those are my new writing thoughts for the new year. What are new year thoughts?

One Reply to “{the new year’s resolutions…}”