Once more responding to the news cycle, this is a bit more of a personal post and deals with racial politics and STUFF, which, if you’re trying to avoid, you may want to go look at mermaids or something, and revisit me another day.

The other urge was to appease this white officer. To put him at ease. To make sure he felt validated and in charge and, above all, comfortable.

There’s a long history to this urge. It’s what my mother told me to do and what my father showed me how to do whenever he was pulled over. Shrink down into yourself around white people in command, make yourself small and quiet and do whatever it takes to keep them comfortable.

And it goes back much further. Survival for black folk during slavery, Jim Crow and well beyond necessitated thousands of small demonstrations of pleasant compliance toward white people. This didn’t just mean crossing the street when a white person approached; it meant keeping your eyes down while you did it. It didn’t just mean stepping off the curb for a white person; it meant smiling as you did it. ~ Chenjerai Kumanyika, on NPR’s Codeswitch, Dispatch from Charleston 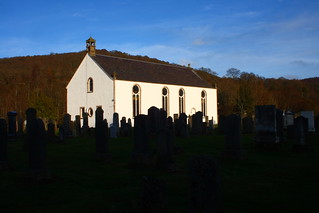 I spent a lot of time, as a child, buffeted by waves of baffling disapproval. A lot of the time it seemed to me that my father hated me. Not only was I not the longed-for boychild, I was nearsighted, dictionary-reading, bed-wetting, mumbling, pudgy and clumsy. He shouted at me – a lot. He mocked my struggles, excoriated my choices, and gave me a lot of grief about everything. The most confusing of the near-constant criticism he offered was that I was always “in white folk’s faces.”

We lived in San Francisco. Wander through various neighborhoods or downtown, and you see a high degree of diversity, some areas more ethnically concentrated than others. If you’re in the Tenderloin you see a great many dark faces concentrated in a few spaces, and also a lot of cognitively impaired and homeless people of all stripes, because a horrifying degree of poverty and filth in the Tenderloin sits cheek-by-jowl with hipster coffee joints and gentrified restaurant cafés. The City has been, for much of its history, ethnically and economically diverse. So, as they were all around me, how was I supposed to stay out of white folk’s faces? And, more importantly, WHY?

Many years of therapy later (and I wish I were entirely joking), in reference to something entirely different – my father yelling at me about church attendance – I finally realized something. SOME parents communicate caution to their kids by talking to them, by grabbing them and hugging them tightly when they’re about to run into traffic or whatnot. My father yells. Always. (True story: When he was driving and my mother was at home, I fell out of the front seat of a moving vehicle on Bush St. in San Francisco when I was two [pre-carseat and seatbelt days; my mother always belted us even in the 70’s, my father… meh]. He memorably shouted at me, spanked me, and then put me back into the car – in the backseat. My mother remembers her brother falling out of a tree and breaking his arm. He was a.) shouted at, b.) spanked, c.bathed, and then d.) FINALLY taken to the ER. That’s just how some Southern parents rolled. Correction came first.) His acidic “love language” is several hundred decibels louder than I can effectively comprehend as love, but within his kingdom, it’s his right to speak his language, however incomprehensible to me. (As reluctant vassal, I send twice yearly tribute and close my own borders.) 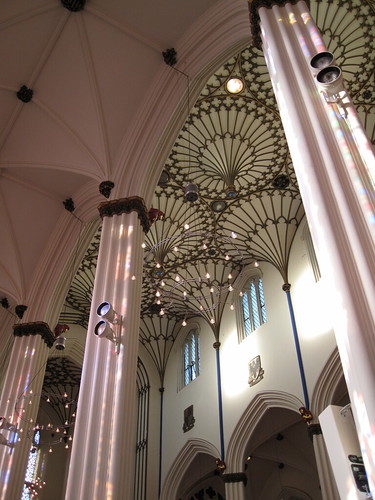 Dr. Chenjerai Kumanyika is an occasional contributor to NPR’s Code Switch, and the above quote about being taught to step off the sidewalk for white people, to smile, to round his shoulders and lower his eyes …resonated. I watched my father making invisible offerings of appeasement for a lot of my life — and lived with the explosive backdraft of rage he expressed because he had to (or felt he had to) perform constant appeasement.

It is only recently as an adult that I have finally become able to catch the slightest glimpse of his conflict. How do you raise a kid to stand tall when it’s safer if they stay small? How, if you have conflicting instructions — instructions which were for you internalized at the back of your mother’s hand across your face? How, when you understand that your people are supposed to not stand out – “not look too good, nor talk too wise,” not supposed to achieve except in relation to where it “elevates the race” — how do you handle a child who loves words and loves to read, will strike up conversations with strangers about books, who adored her all-white-until-8th-grade teachers, in her mostly white school — how do you, when the child seems to have no sense of self-preservation when surrounded by your mostly white community, force down that head, lower those eyes and round those shoulders? You yell. You yell. And you yell. Until the flinch is automatic. Until the head never raises. Until any little nail that sticks up is effectively hammered down.

Because sometimes, that, too, is love.