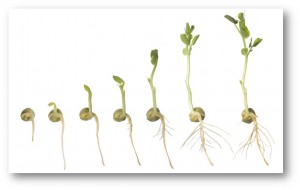 I’ve listened to Moon River about nine times in the past two weeks; the version I have is lush, a sweetly sung lullaby, backed by guitar and strings; it is oh-so-nostalgic and nearly melancholy. I’ve loved that song since I was a kid, simply because I wanted huckleberry friends – and of course had no idea what they were. I know now that the lyricist merely meant a boyhood friend with whom he picked huckleberries, and with whom he knew he’d be friends forever – a lovely idea.

I went off to see the world with my huckleberry friend, and now that time is almost up. I am realizing we’ve lived in one city almost longer than we’ve lived anywhere in one American city – and that’s just weird. This past four years and seven months have been a huge chunk of my life, and the question repeating in my head is Where to now? Other people keep asking, and we still don’t know what to say, and time, tick-tick-ticks… Still, no answers.

This small offering grew from internal controversy, a lot of the Help Wanted ads Tech Boy has been fielding, and from a friend’s wish that we be transplanted somewhere else we can grow.

7 Replies to “{haiku: two drifters, off to see the world}”