My bud Adrienne recently pointed me back to the February 2011 issue of The Horn Book Online. I should point out that I don’t get the HBM, but I get the little preview emails that come out to point me to articles, and I should have seen this article by Kathryn Nolfi long ago – but there really is just a lot in this world to read.

Nolfi’s piece on YA Fatphobia was a bit eye-opening. I hadn’t realized there was so much scholarship directed toward the research and exploration of sizeism in young adult and children’s literature, and I was glad to see it, as I would be glad to see any research toward dispelling other -isms. She talked a bit about how sizeism excludes, how teens and young adults as always, always, always need to see themselves reflected in their literature, so that they know that their experience is reflected in the larger world. She also mentioned specific books which she felt met the criterion for inclusive reading, while also pointing out some subtle pitfalls in books which were preciously considered to be size-celebratory. A closing quote in Nolfi’s piece adds:

“It is possible to write compelling and unsentimental stories for teens without casually insulting fat people, without relegating fat characters to the side, and without portraying fat teens as irretrievably damaged. To rely on the easy fat joke is lazy and oppressive writing. As the fat acceptance movement grows, I hope to see more positive and honest portrayals of diverse characters and less fatphobia and sizeism in YA novels.” – Nolfi, HBM, Feb. 2011

Reading this collided coincidentally with reading Marjorie Ingall’s piece On Fatness and Blackness, and the alleged correlation thereof in Ezra Jack Keats’ The Snowy Day, in which one critic complained that Keats made the child’s mother resemble an upholstered couch, drawing on the Southern “Mammy” ideology to correlate blackness with fatness. I have nothing but love for Keats’ work, and for that book in particular, so I found the idea somewhat shocking. Regardless of color, some Moms are heavy – especially when their kids are as small as Peter in The Snowy Day appears to be. Others, like my friend Jenny, revert to a slender silhouette promptly after the birth of each child. As Keats’ depiction could hardly be used to argue causation in terms of size, I was able to simply view the critical opinion as a warning consideration. After all, an author must always be on guard for any kind of sloppy thinking, as that’s where the most asinine of assumptions are made.

Initially, these two articles percolated through my mind in a thoroughly satisfactory manner. I was not exactly smug, but pleased with my own views, and though I perceived some bias in the first piece, in that she saw some lazy assumption-based prose where I had not previously considered it, I felt my thoughts would ramble along and reach a pleasing conclusion, and then I’d go on to something else.

As always, I tried to apply my thoughts to my own work, and there I ran into a problem. 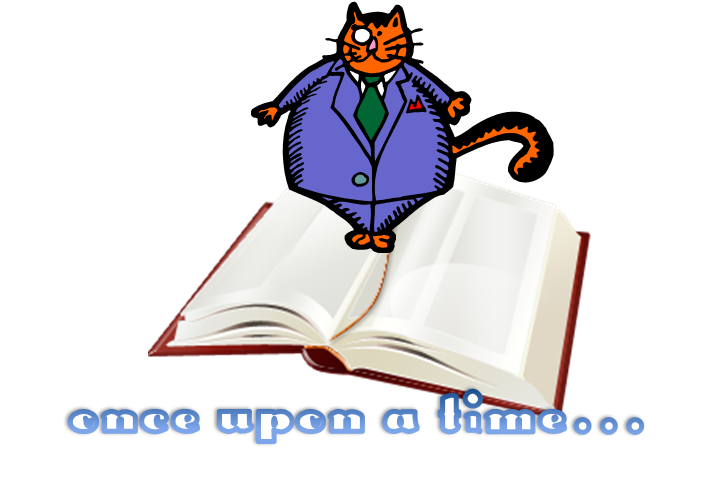 When I wrote A LA CARTE, I was in the middle of one of my endless excursions into dieting, thus writing about food was a lot of fun. Hey, if I couldn’t eat it, I could at least describe it in excruciating detail. Lainey’s mother complains to her that she doesn’t need to tax herself so harshly about food, as she’s a size fourteen woman of African American descent who, at sixteen, is pretty much done growing, and as far as her mother is concerned, is well-shaped and perfectly size. Lainey, however, can ignore her mother because — well. She’s just her mother, and aren’t they sort of paid to say nice things?

While I received compliments on ALC’s not making a big deal of Lainey’s race or ethnic culture, and for normalizing her vegetarian diet, no one said, “Gee, I wish you hadn’t made her obsess about her body and dieting so much. I know a lot of teens do it, and a lot of media makes much of girls of ethnic minorities having big bums, wide hips, and big busts, as well as being overall several sizes larger than their lighter-skinned counterparts, but did YOU have to go there? Did Lainey have to push herself until her legs were wobbly, and eat cheesecake when she just didn’t care anymore?” And to answer that, I have to say, “I could have done much better at evading stereotype.” Mea maxiuma culpa.

Much of what I wrote at that time was what I believed at that time: that people should always be striving to improve their bodies. Well. Either I have gotten a lot more lazy (could that be even possible?) or a lot more prosaic (more likely): I believe that people should be as strong and as healthy as they can be, period. If working toward that means people’s bodies change, so be it. If not — well. It’s not one of those correlation-causation things; sometimes if you’re strong and healthy, you’re still considered to be outsize of the societal ideal. My thoughts now are that if that’s true, one should become comfortable with oneself, because there are more important things to fuss about. (And really, if you start looking outward, you’ll see that more people in the world need your focus on things that don’t have to do with you, and your perceived imperfections. Look ahead. Look up. Look anywhere but at your own navel. This has been a Public Service Announcement.)

Fiction-wise, I believe that there are some enormous pitfalls inherent in writing characters who are both a.) female, b.) ethnically diverse and c.) young adults. In regard to desires and appetites – for food, for sex, for whatever else, girls are taught prudence and restraint. We simply aren’t meant to enjoy anything too much — if we like our food, we’re disgustingly fat heifers, if we like the expressions of our bodies — skeevy little sluts. Female characters are meant to be apologetic about their desires, as females in our society are encouraged to be.

Wow, am I against that!! And I’m sure you are, too, when it’s spelled out clearly in that manner. But things like that are often hard to see, hard to perceive. And we make mistakes.

For myself, I will continue to make my characters of all sizes and visible, and make an effort toward even greater varieties of person. I’m done with the mention of diets in reference to female African American characters. (I could even extend that to referencing all girls, period.) I’m taking a look at how I view weight, and plan to examine the idea of male characters and characters without an African American background having body types outside of the dominant norm. I’m still going to make mistakes… but I like the idea of going in with my eyes open, thinking.