I was nine the summer I met a new girl whose mother had died of a drug overdose. Everyone, of course, felt terrible for her, and I was matched by the adults in our lives as someone “suitable” to anchor a going-on-fifth-grade girl adrift with a father she’d never lived with, his new family, and a box of Barry Manilow cassette tapes, all she had left of her mother. We didn’t have much to say to each other, at first, this girl and I, but then she showed me her treasures- a small gold necklace with a maybe real diamond chip, a compact of silly blue eyeshadow, and a shoebox full of cassete tapes. We listened to them – she, remembering her mother, and me, finding a whole different world from the hymns and religious songs I knew at home. We listened to those cassettes until we worried they would wear out. So, “Lyn” made me my own set, and made herself another set. And when the golden voice spiked out, we weren’t just two awkward fifth graders, but something better. Something bigger. 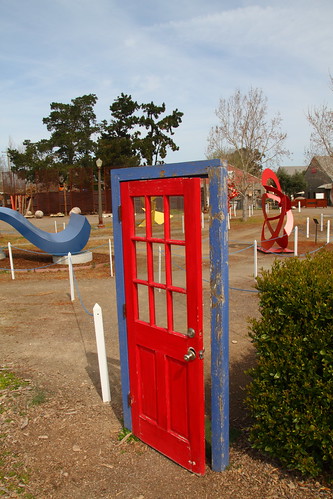 Coming to Barry Manilow’s swoopy vocals and sentimental piano ballads before I had the cynical armor of adolescence means I listened and wept real tears to heart-tuggers like “Even Now” and “All the Time” and imagined myriad lives not my own, where people were hurting and enduring, putting away youthful loves and going on – in some cases bitterly, in others, joyously. It was… like reading novels, seriously. I imagined life stories for Lola the Showgirl and Mandy. (Why, yes. Yes. I was a weird kid. I know. I also wrote narrative bubbles in the Sears catalogue. Dialogue practice or weirdness? You Make the Call.)

In time – by junior high, really – there were boy bands and cooler music to be aware of, like Prince. I …quietly pretended to know who George Michael and Boy George was. (And thought Boy G was a girl. FOR YEARS you guys. I was completely clueless: he wore makeup, right? Ergo, girl, right? Oyyyy.) I forsook my first love, and moved on. After all, Choir Nerds like Huey Lewis and the News, right? Vocals. Four-part-harmony, and all that jazz. Every once in a while, we’d arrange a Manilow song for a talent show – what other song lent itself to a soft-shoe routine AND a whistle but “Can’t Smile Without You?” In my dramatic, emo moments, nothing would do but for me to rewind “Could This Be the Magic” over and over and over and over. And of course, every high school choral group worth its salt had to butcher “I Write the Songs.” (!)

In college, my menopausal boss had all of the Manilow on Broadway CDs and the fact that I could sing some of his songs endeared me to her — more than unfairly, I’ll admit, but she was in a cranky, awful place in her life, apt to shriek at her student workers and weep a lot — so I took all the sweetening of her temperament that I could get. Even once I was married, I kept my old cassette tape, though I had nothing to play it on… I knew all the words to all the songs, and at odd times, the lyrics would come back to me — when I was sad and regretful, mostly, but better times, too. I remember belting out One Voice with strangers and friends in Glasgow and tearing up because we were in an auditorium full of people who also sang — Glaswegians are crazy good at knowing all the words to sentimental songs. We sang so loudly we lost our voices – and it was glorious.

When Mr. Manilow came out earlier this month, I felt an upwelling of love for an old friend. In my heart, I hugged him, and promised him that the nine-year-old superfan I was could never be disappointed in someone who taught the world to sing in the darkness. I wrote him a haiku, because… well, because. Because I still know all the words to all the songs, and before I had armor, he broke and re-mended my childish heart.