A warm draft of rising air blew softly through the barn cellar. The air smelled of the damp earth, of the spruce woods, of the sweet springtime. The baby spiders felt the warm updraft. One spider climbed to the top of the fence. Then it did something that came as a great surprise to Wilbur. The spider stood on its head, pointed its spinnerets in the air, and let loose a cloud of fine silk. The silk formed a balloon. As Wilbur watched, the spider let go of the fence and rose into the air.

“Good-bye!” it said, as it sailed through the doorway.

“Wait a minute! ” screamed Wilbur. “Where do you think you’re going?”

But the spider was already out of sight.

~ A Warm Wind, from CHARLOTTE’S WEB by EB White

There are tiny leaping spiders and fluttering moths invading my house, and I’d really like one of us to move out. Which makes it odd that both of my attempts at tritina this month are based on the season of Spring, and one is even based on ballooning or kiting spiders, the way some species of spiderlings find new homes once they’ve hatched. It’s kind of rare to see, in late autumn or Spring, but most of us who saw the 1979 Charlotte’s Web movie are prepared for the sight of tiny spiders floating by…

Poor Wilbur’s fear is especially poignant, in thinking of May as the season when graduates begin the last count before they, too, launch themselves into Real Life (TM) after releasing the final moments of school for awhile – or forever. How brave – and how terrified – one must be to fling oneself into the wind! Yet, the tiniest species of spiders do it, sometimes more than once in their lives, and some, throughout their lives. Flinging themselves, head down, bum to the wind, into the wide world, on a breath of luck…

An agile acrobat whose skills are sweet
This spiderling, with heart in tiny mouth
Aloft and lightweight kites along its thread

A warp of weaving hangs upon this thread
No practiced pattern could be quite as sweet
As joyful jumble spinning. From the mouth

Of babes, this brave display! O, seal the mouth
Of doubters who had thoughts along this thread
Intrepid youth could never be but “sweet”

Sweet the mouth of freedom, taste the future’s tangled thread.

A sibling to the sestina, the tritina is a shorter poem composed of 3 stanzas and a final line that stands alone. Like the sestina, it uses a set of alternating end words–in this case three words chosen out of a suggested six, which were sweet, cold, stone, hope, mouth, and thread. This is a form that gets away from the writer easily, often incorporating tersely stated truths that are unexpected. Themes of hope, spring/change, departures/death run through each of our poems, which is a rare similarity for us, though somewhat unavoidable given our limiting choice of end words. Even as we grow toward the sun this month, there’s evidence that it’s still a bit cold… but there’s a gradual thaw, and a resurgence of optimism – it’s what we hope for…

The Sisters, equal to the task, despite coming and going and grading and graduating and doing all of the other things which come rushing upon us in May, have come up with some evocative and interesting work – no spiders, but a bit of Spring-themed stuff as well. Laura‘s growing nasturtiums, while Kelly is playing with color. Tricia is balancing her two offerings between love and loss – and speed dating, while Andi’s got stone underfoot in her woods walk. Sara is highlighting war photographer Dickey Chapelle, and, Liz recreates the folk tale Stone Soup into poetry.

Tons more Friday poetry offerings can be found at Poetry for Children hosted by Sylvia Vardell. Meanwhile, just one more here – the bonus poem I wrote to “warm up” to this form. Happy Friday! 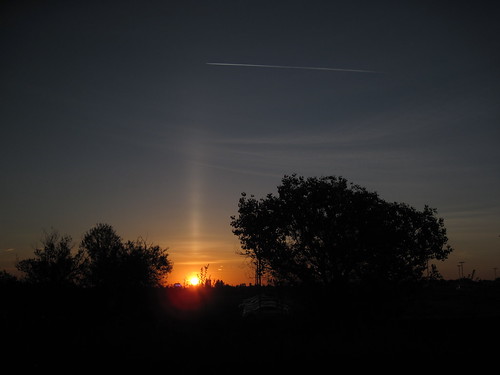 Out of the deep, in utter darkness, cold,
It calls, and yearning as in faithful hope
Waits light to keep its heart from turning stone.

Ask what could freeze a greening heart to stone?
And what could leave a faithful spirit cold?
A changeless dark without the light of hope.

Audacious promise in the seed. The hope
That thrusts a hardy shoot through fields of stone
And brightly heralds spring, despite the cold.