Dess knows that nothing good lasts. Disappointment is never far away, and that’s a truth that Dess has learned to live with.

Dess’s mother’s most recent arrest is just the latest in a long line of disappointments, but this one lands her with her baby brother’s foster family. Dess doesn’t exactly fit in with the Carters. They’re so happy, so comfortable, so normal, and Hope, their teenage daughter, is so hopelessly naïve. Dess and Hope couldn’t be more unlike each other, but Austin loves them both like sisters. Over time their differences, insurmountable at first, fall away to reveal two girls who want the same thing: to belong.

Tanita S. Davis, a Coretta Scott King Honor winner, weaves a tale of two modern teenagers defying stereotypes and deciding for themselves what it means to be a family. 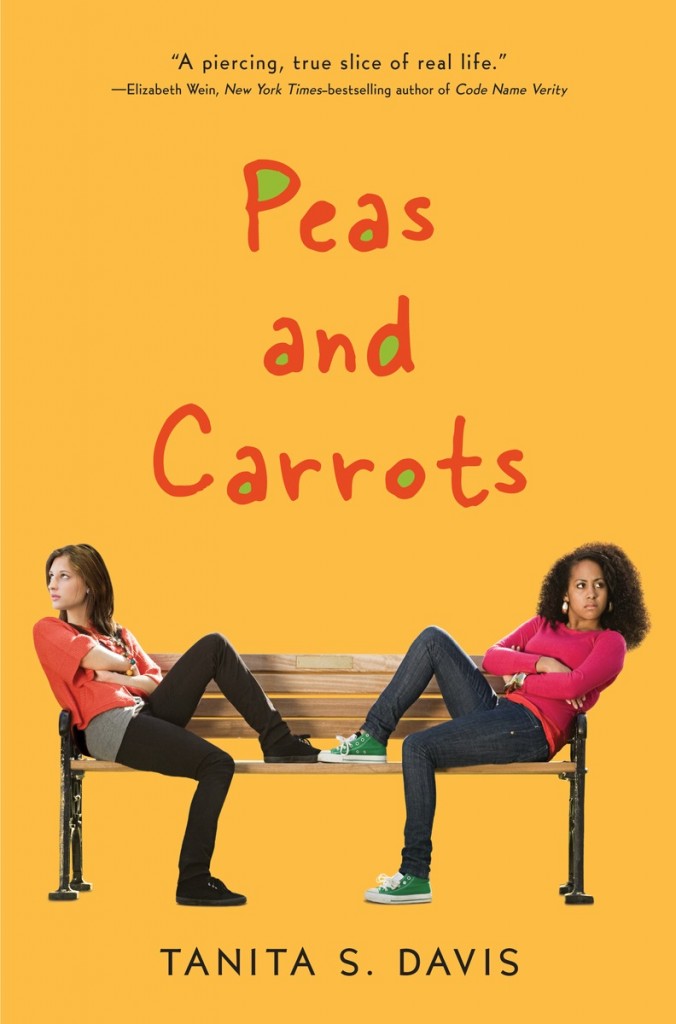 In honor of PEAS AND CARROTS’ book birthday February 9th, I’m out and about in the blogosphere, talking about hiding (@B&N’s OPEN MIC Project – do check out the other pieces), writing about divine (every) bodies (@STACKED BOOKS, and thanks to Kelly for inviting me), and tomorrow I’ll be at John Scalzi’s blog, sharing the BIG IDEA – or one of them – behind the book. At some point, I’ll also show up in The Horn Book blog. I have two copies of PEAS AND CARROTS left to share, and I thought I’d give someone a chance to win one… by sharing a six word family story.

Hemingway’s famous six-word tale, “For sale: baby shoes, never worn,” inspired the “six word story” meme, and has served as a writing prompt for decades, challenging writers’ ability to create an entire narrative arc in just six words. Having a topic may – or may not – make it easier… give it a shot and see!

GIVEAWAY DETAILS: Create an original six word story – funny, poignant, etc – describing your family, whether chosen family, foster family, or the one you were born with. Submit this story, between NOW and midnight February 9th (PST) via the site’s contact form, with the words “Six Word Story” in the subject line. I’ll be sharing some of these as I receive them, and will throw the very best of them in a hat and select two. Winners to be announced February 10th, and personal details, mailing information, etc., will be requested then. 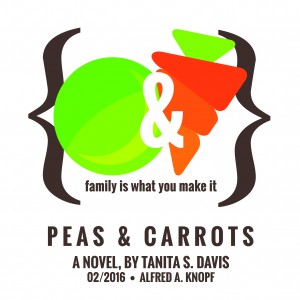 Good luck! Remember you have between now and midnight (PST) December 9th.