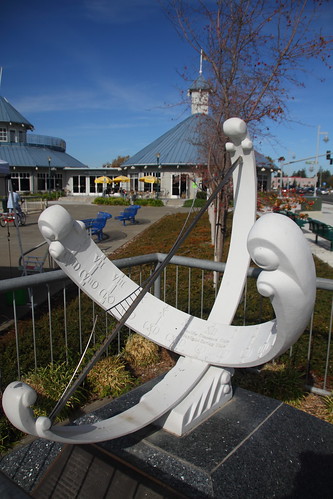 I’ve had a lot of conversations lately with my good brainiac friends, and it’s been helpful – to helping me sleep better at night, and to actually work smarter in finishing my revision (Oh, yes – I am still working, and the deadline HAS MOVED UP, even. But, I digress.)

I find that when I’m stressed, the more brains I have with mine, the better. Also, the more books, so I can disappear into a place with only maybe werewolves and vampires to fight. Something more manageable and concrete than institutional, systemic racism, anyway.

Not every conversation with my brainiac friends has been easy – we’ve all got to get past our own biases to actually converse with intelligence and understanding. I’ve had people say, in essence, “well, what is it you people want?” And when I’ve cocked a querying brow, they backtrack and say, “Okay – what I meant to say was, “what can we work together collectively to achieve?” Sometimes, we’ve all had to think, It’s a good thing I love you guys. Not everyone has this luxury – to stop and remember that we’re all friends.

So, as a note to my friends who are of the dominant culture: please don’t feel like I’m attacking you when I talk about recent racial incidents, when I talk about identity and privilege. Please don’t feel like just because I object to, for instance, the Huron Carol, and say that the English translation of the original Wyandot-language carol (itself written by a French Canadian priest in 1643, not a person of the Wyandot tribe), as “translated” by a Canadian is problematic, that I’m seeing all white people and all missionaries as bad. Please don’t flinch when I say that I feel conflicted wearing the tiny silver police badge necklace my uncle left me – because it’s positive associations with the police, not with white people, with which I am struggling – I don’t want to hurt anyone by wearing something that maybe symbolizes… something it should never have symbolized, which is absolute power.

My point? Please don’t jump to conclusions. We should walk and look at holiday lights for exercise instead.

One of my smarter librarian/ educator friends passed along this quote:

“That the myths of the Protestant Work Ethic, and mythic identity racism, are embedded in the American power structure does not make them less religious in nature or origin, simply more troubling, because they have been used for all time to abuse those not wanted in that power structure…..[they] have been carried forward for almost four centuries because they made those born to wealth and power feel good about themselves. How much better to describe your ancestors as having struggled alone against a brutal wilderness and wild savages than saying that your ancestors were “illegal immigrants” who stole a remarkably resource-rich continent from its inhabitants. How much better to embrace Frederick Jackson Turner’s “Frontier Theory” (see Turner, Frontier) than to worry about slaves and underpaid immigrants who built the early national roads, dug the Erie Canal, and built the railroads. How much better to celebrate “American Invention” than to discuss the wholesale intellectual property theft – ranging from woolen mills to those railroads to the telephone debuting across those 1876 fairgrounds – which had enriched the American Republic’s first hundred years. …. Myth matters in the struggle for power. And understanding mythic belief matters even more. And as I have said on more than one occasion, education is the most political thing a society does because it is a struggle for our future.” – by Ira Socol, Taking A Closer Look at the Grit Narratives, Knowledge Quest, v43 n1 p8-12 Sep-Oct 2014.

This was a response to Paul Tough’s book – How Children Succeed: Grit, Curiosity, and the Hidden Power of Character, which has gotten a LOT of press in the education sector, so much so that even I, who haven’t taught for years, have heard about it. I’m grateful that people are thinking about it, and thinking about the impact of the way we think about each other. My smart friend says that one of the best things we can do for each other now is to begin to create new myths and new ways of understanding our past, and creating our future.

Writers are creators. We are the myth-makers. This gives me so much to consider… and I will, once my deadline is no longer prodding me in the backside. Back to work with me.

One Reply to “{new directions, with thanks to the circle of word lovers}”