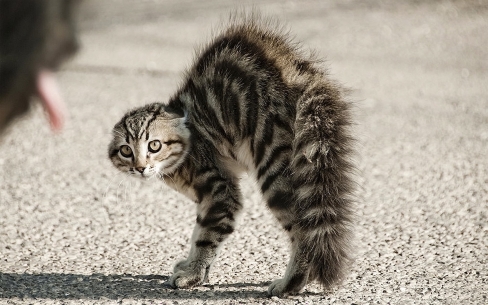 So many choices of what to freak out about first! So little time!

♦ I would like the toilets in my house to stop backing up. Just… stop. There’s no reason for it, despite the 1948 sewer and pipes. We’ve poured gallons of stuff down it, we’ve gotten it professionally roto-ed, so it needs to just STOP. Surely tree roots couldn’t have grown back again in a year (she says, ignoring how trees grow). I blame the ivy, which we tried to dig out of the garden last year, and it’s coming back and taking us all over. Anyway, the toilets need to just stop mucking about and clear up. We have guests coming for Thanksgiving who aren’t related to us, and so of COURSE the stupid system chooses NOW to back up and make me crazy. *claws the rug* Hiss.

♦ I would like bad news or scary news or worrisome news to take a chill. This past week, one family member had news of maybe cancer, another of maybe organ failure, a third an unknown diagnosis, which should make being thankful around the table – with unrelated guests, mind – especially uncomplicated. This is not to mention a chronically ill friend who is going to try to drop over for thirty minutes – her recent leaving-the-house limit. Good grief. Sometimes… clawing and hissing don’t seem to be enough. I think I need a caterwaul.

♦ I would like to have been smarter than to say “Yeah, sure,” to the myriad things I have, which all seem to have come home to roost within five minutes of each other. Of course this is the year that I get dragged into organizing all the holiday programs for church. So, the weekend before Thanksgiving is a Thing, and the weekend after is rehearsing for Handel (and then off to sing w/ the SF Symphony Chorus Community of Music Makers the following day… because fun, right? Hours of rehearsal was something which I signed up for and thought this will be AMAZING with the chorus and all, but which now seems stressful and time consuming. Which is horrible. I mean, we’re singing the second and third movements of Brahms’ Warum ist das Licht gegeben dem Mühseligen? [it’s based on the Writings of Job] and How Lovely Is Thy Dwelling Place and traditional Finnish carols [in English], so what’s not to like? But right this second, it all seems like too much effort. I’m disappointed in myself), and then A Thing the weekend following, and then the Handel’s, and then… Cybils judging. Yeah. I am accepting ZERO social invitations in December, just fair warning to anyone. I really feel like I’m unable to focus enough to do anything amazing with this revision, and time… so not my friend right now. *fur explodes all over* Hiss. 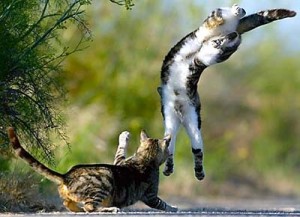 ♦ I would like to not be thinking of all of this when I am supposed to be diligently working on my revisions, for which I have forty days (and this is counting weekends, because eventually I may have to work then) left. JUST OVER A MONTH TO COPYEDITING, PEOPLE. Crapweasels. I am feeling just the tiniest bit… fraught. *madly sharpens claws*

WHAT CAN I DO TO MAKE THINGS HAPPEN AS I’D LIKE?

Nothing, of course. What, you thought we had some control over the universe???? HAH. Like a cat tossed from a window, I just have to twist in the wind like everyone else – and pray I land on my feet.

The People of the Book, yo. The best Bat Mitzvah evah.

Superheroes totally make more sense in 17th century times. No, they do.

Now my writing group is getting iconic votives… Best. Idea. Ever.

Children’s Book Week posters from 1919… for sale!!!! In various forms.

5 Replies to “{and when I have so much to do, of course I have the attention span of a flea in a kennel}”