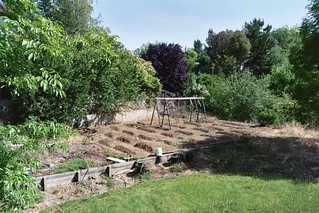 There is something quite wrong with a January in which the trees downtown are in bloom. Everywhere else is fifty feet of snow, and we have… what? Decided to abdicate Winter for Spring?

Dear California, get with the program. It is winter. Please act accordingly. We are beginning to envy Glasgow…

There’s a certain lack of glee in being able to read the seed catalogues on the porch and not whilst shivering and bemoaning the puddles. It almost looks like I could just step out and start pitchforking up the soil… but I just keep my fingers crossed and pray for precipitation. Sure, sure, California dreamin’ on such a winter’s day, blah, blah, blah, but I am getting allergies already, which is just horrible. I’m not ready for this! I need some rain, first… 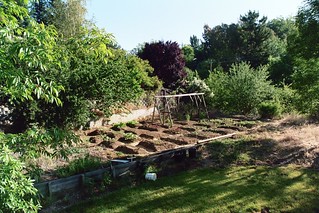 Thanks to all who asked about my sister – she’s had an incredibly good experience so far – to the extent that they’re thinking of kicking her out early! If you know anything about organ transplants – and I didn’t before last week, really – the whole thing is kind of a trip. They call you, if you have a cadaver donor, and tell you to get to the hospital, pronto. When you have a family member on the donor list, they have the phone numbers of the entire family – house, cell, and on down. They called my mother at a quarter to eleven on the house phone, it went to voice mail, and she ended up dumping her purse on the floor to find her cell, because she was listening to the message whilst trying to struggle upright. (These are the things one does when one is nine-tenths asleep.) Nobody could sleep after that. They raced to the hospital at 5 a.m…. and proceeded to not get prepped for surgery until 9 p.m.! Of course, the medical team wasn’t twiddling their thumbs all day, as they do one final test to assure that the donor is a match – but she basically watched movies all day while my mother (who never did get back to sleep) dozed. By midnight, she was in surgery, and by 3 a.m., it was a done deal.

Further details, in case you were wondering: it’s typical to leave failed organs in a body during a transplant, so that there’s less chance of rejection. I didn’t know that! So, now my sister has three kidneys. We have started calling her Tripod and 3PO, because we are tasteless and awful like that. She has promised to clobber us all upside the heads as soon as her side doesn’t hurt so much. It’s incentive to get well, I say. 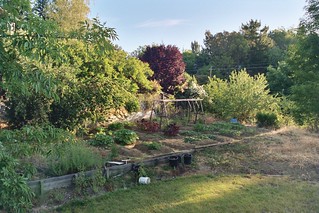 The real trial is the enforced isolation. She’ll not be returning to school until… April. Or church. Or any public place like a post office, a grocery store, God forbid the mall. No bowling, either. Humanity is a germ factory, and to prevent rejection and infection and all sorts of other -tions, she has to be protected. All guests to my parent’s home have to use the big bottle of Purell by the front door, and if they even have a sniffle, wear a mask or stay home. My sister joked she’d require them to walk through the car wash at the gas station off the freeway, which is only the slightest exaggeration.

And, did you know that people who are transplant recipients are at higher risk for — well, everything? All those immunosuppressants they give patients so the organ doesn’t reject mean that the immune system goes on vacation. If you sit in an airplane or a movie theater with the rest of germy humanity, you’re likely to be plagued with viral, bacterial and yeast infections, including shingles and herpes. You might just die of it. Thank God for movies on laptops, eh? Further, some people experience elevated blood pressure as a result of transplant, and still others become diabetic — all because of the transplant and transplant drugs.

And the darned thing still might decide to wither and die inside the patient, because the body finds a way to attack it and kill it.

And yet, it’s worth it. I talked to my sister on Google’s chat thingy and she was chirpy and funny and snarky, and I realized I haven’t seen her like that in about a year and a half. She had lost so much of her spark in a gradual erosion that I hadn’t recognized how much of her had slipped away. She’d become fretful and sickly and sarcastic instead of energetic and witty. How could I have forgotten who she is? That’s the horror of long-term illness for you, though – it takes you \away from yourself, and turns you into the Endurance Version of you, and sometimes we just don’t endure well, especially when we’re teens.

So, it’s not over – it’s just beginning, but at least there’s something to begin with, something to go on. The seed of health has been sown — all we need to wait on is the rain and the sun, the natural processes to bring everything back in balance. 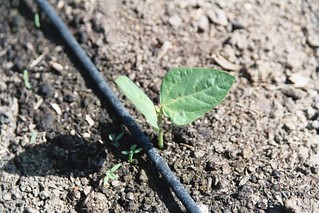 Here’s to the rain.