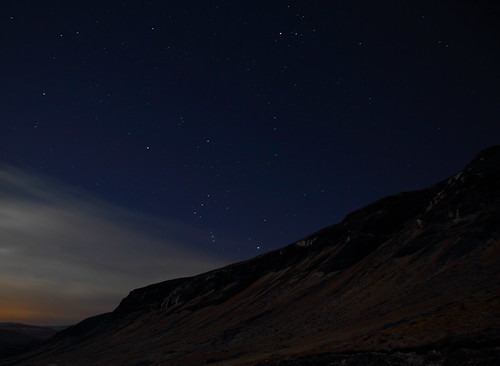 The sky is leached of all light — and all color, as we head toward the deepest part of the night. It gets colder, after midnight, as if there’s some cosmic rule about darkest-toward-dawn that means everything always becomes more, before it becomes less. If that’s the case, on the last night of the year, we are both more and less than who we will be tomorrow.

I know I am, tonight, less. And more.

Less, because there is still part of me stunned and caught, stumbling and frozen, ears ringing with the sound of silence as twenty-six souls might make, wrested from this world so terribly too soon. Less, because, like so many people, it has become easier to talk about the mechanics of a thing – law, weapon, institution – than the reality of a thing: hopelessness, brutality, incomprehension. My friend Barb, in an attempt to find for herself sanity and balance in a world where she just wanted to retreat to her bed, has declared a personal war on the dark. She has become a ninja-style hatred-assassin, sneaking about and spreading light. Something as simple as buying a certain type of tea at Starbucks – and then another, for the next person who comes along and orders it, or buying herself a split pea soup at a local bakery, and another for the next person who orders it. As simple as paying her own toll on a bridge, and then for the next four cars. She’s been fun to observe, but more amazing has been those joining her. She’s generating a greater light as tiny sparks are fanned across the world.

Better to light a candle than curse the dark, right?

Someone mentioned wanting to do twenty-six random acts of kindness in the names of the twenty-six people who died in Connecticut a few weeks ago. And then, they reasoned, “there were actually twenty-eight victims,” including the mother of the shooter and the shooter himself. They rounded up, and decided to do thirty-one deeds for the month of January, and in honor of mental health month. I like that idea – but I have names for the other victims which make up the number to thirty-one. Those names are You and Me and Us.

You and Me: we’re the people who wonder what world we’re leaving to our kids. We don’t know our neighbors, and wonder if they’re crazy, too. We’re prepared to shoot first. We’re prepared to not be the victim, and so the aggressor. We’re prepared to pack up and run, to keep everyone at arm’s length, to lock our doors and ride out the apocalypse, hoarding our resources. It’s not enough that the economy has tanked and we’ve wrangled on politically for the last twelve months, spewing anger and nastiness and raising voices in protests which keep getting batted down. We’ve been ground down before, …and now this???

I don’t know what else to do but say “NO.” None of us are intended to live this way. And to honor our own mental health, and to honor each other, I think we need to dig in our heels and not be dragged down into paranoia and fear and distrust of our neighbors. Ninety-nine-point-nine-nine-nine times out of one hundred, people are okay: definitely quirky, truly strange, undoubtedly weird, and yes, perhaps freakish, awkward, sometimes repellent — but not abusive, not cruel, not insane, not homicidal. Each time I leave the house, I want to remember that. Each time I interact with strangers, I want them to remember that. Each time my eyes meet those of a stranger’s, I want to remember kindness. To that end, I am going to do thirty-one things, ninja-sneaky, to keep faith with peace. Thirty-one things to remind myself that we are people of the light. If we walk in the light, not everyone is out to get us. If we light our lights, we make the night brighter for everyone. Who knows, maybe my small thing will remind thirty-one other people. And maybe they’ll keep the cycle going. Maybe that little spark I bring to their day will be enough to light their own tinder, and they’ll keep the flame burning.

Asking for another diner’s check at a restaurant, and paying theirs, too. Paying a $10 fine at the library, toward the person (identified by the librarian) with the greatest fines. Buying another copy of a book I want, for the next person to come along and receive for free. Giving up a primo parking place, or paying someone else’s parking meter. It’s not for anyone else to see or know about but the receiver. It’s not about the glow for me, but the glow that goes forward.

And so, on this New Year’s Eve, when I know that light must diminish to become brighter in the light of morning — and a new year — I’m signing on not for “resolutions” just for myself, and the usual losing battle with weight, coffee, smokes, booze or exercise, etc. — those are daily, personal battles that must be fought, true, but they’re not as important. Not as much as the battle to fight for my neighbors – for my community – for the you-me-us that makes up my world. Instead, my intention for the year is to cast out fear, embrace love, and lighten the dark.