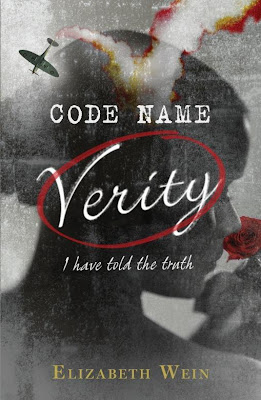 Imagine two best friends, united against a common enemy. It is the pitch of midnight, and they are making a desperate flight across country, to deliver a package necessary to the scrappy resistance fighters desperately battling a corrupt government for their freedom. There’s been a car accident, so they’re the emergency fill-ins. Neither of them are supposed to be where they are. And then there’s another, bigger accident. In a foreign country, neither with any business being there, the girls have to split up and vanish — and those who are caught disappear into the night and fog — for good.

It is the pitch of midnight. And the enemies of truth and right are playing for keeps.

Wouldn’t you be on the edge of your seat reading this book? I know I was…at times feeling quite hopeless and desolate upwellings of terror and the word, “Nooooooo!” pulled from deep within. I could imagine myself there — and making a horrible mess out of EVERYTHING. If you read it, you’d imagine yourself there — and screwing up badly — too.

So, why’d we want to go and ruin it all by calling it historical fiction???

For a long time, the biggest concern of the Gatekeepers in our world o’ books was where to put historical fiction in the canon for young people. Was it “edutainment?” Was it fictionalizing history or historicizing fiction, sliding in a character’s fears and hopes and their thoughts where students perhaps ought to be better employed with learning dates and facts? Was it, and could it ever be, authentic?

These big questions were hashed out in historical journals and literary papers and I think it’s safe to say that though some historians remained uncomfortable, the majority of teachers, especially in the middle grades and junior high, where I served most of my time, felt that historical fiction was an important lamp to illuminate some darker corners. Especially with the rise of multiculturalism, some pieces of history that “we” – as in mainstream, dominant culture America – had not realized were part of “our” story needed to be dug out, rediscovered, and explored. Historical fiction was a great tool to bridge the gap with the unknown pasts of a commingled people with the commonality of the human story. Through the insertion of tiny, literal accuracies, historical fiction maintains a sturdy cover story of “true enough,” and more quickly engages young minds with the history before them. For most students, blending stories into a study of history helps to recreate the past as a dynamic place. 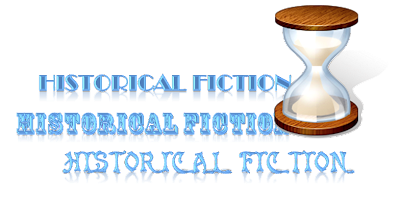 For other students — and for many of the rest of us — it’s an automatic “No.” Seriously. I read through the comments of the people who have talked about CODE NAME VERITY when it was recommended to them. “I don’t usually read war books…” “I’m not usually a fan of wartime historical fiction…” “I don’t normally do historical fiction…” Is it the war? Or is it just the past?

Author and teacher Ashley Hope Pérez responded to a post a few days ago, “I have a kind of knee-jerk recoil from the term “historical fiction,” probably because I know how it would make my kiddos eyes glaze before they even tasted the prose.” Jen over at Reading Rants agrees: “In my experience, most teens won’t even look at hist. fic. unless they have to read it for a school assignment. You know, stuff like My Brother Sam is SO Dead, or Johnny TREmain (as in TREmendously booorrrriiinnggg!).”

It’s baffling, really — no one characterizes, say, The Great Gatsby as historical fiction — or, a better example, The Key to Rebecca, not really. They’re listed as what they are, first – a novel of manners. An espionage thriller. Nothing to do with their setting and time period and everything to do with their plot content. In part, the sticky label of “historical fiction” is a marketing key for parents and librarians to identify the book: Here is something semi-educational to slap into the unsuspecting hands of innocent youth. Fool them into thinking it’s just a good story! Go to it! *cue maniacal laughter* Bwa-hahahahaha!

That, mainly, explains why it doesn’t work.

Oh, come on: how many of us pick up a book of fiction for the its educational aspects? Not me! When I pick up a book, I want a good story, period. Unfortunate, but the label attached to this genre can sometimes shoot even a very good book in the foot. The only thing we can really do about that is to book talk, book talk, book talk. Word of mouth will win the day! Talk up the other aspects of the story – the plot, the characterizations, the types of planes, the outfits, the guns. You can order the story bits by their importance: CODE NAME VERITY is a.) a thriller, b.) a story of the kind of intense friendships that start in a bomb shelter c.) a fast-paced, dangerous tale full of espionage, spies, and double agents d.) a cracking good read, which just happens to be, e.) set about sixty-some years ago.

Y’know, I think we can just leave off that last one.

As an author, I can say that one of the hardest things about writing historical fiction is the tightrope walk the author has to do — between historical accuracy and humanity. It’s important not to infodump dates and names, but it’s also crucial not to veer the characters – and the details of their daily lives – into obvious anachronisms by using more modern tools, language, and attitudes about social tolerance which make the historical accuracy a lie. Further, I know that writing about a war is tough because historical accuracy is a must – the dates have to match up, including when historical people die, and when troops moved in fact, they must move in fiction, too. But people’s characters — their loves and needs and fears and even their grocery lists — are much the same, no matter what era they’re in. Sure, they might swear a bit less or a bit more, wear their hair down, their pant-legs shorter; they might speak another language, but the human animal remains a constant – an important thing to know.

As a (former) teacher, I know that this is the saving grace of historical fiction, or any fiction, really — the people. The characters make the story, and you just have to close your eyes to the fact that since it’s history, you think you already know how it’s going to end, jump in to knowing the characters, and let go —

— you may find yourself on the edge of your seat, in the pitch of midnight, with two best friends, delivering a necessary package, having an accident, and disappearing into the night and fog…

Call it “historical fiction” or “historical suspense” or anything you’d like, the word is out: CODE NAME VERITY is a sensational novel. The Blog Tour is moving along; don’t forget to check out the stops along the way:

* Chachic’s buzzing about Verity; stop by and read her great review, as well as some discussion on starting an All Spoilers, All the Time discussion group so that people don’t have to keep the spy secrets to themselves.

* The Scottish Bookstrust is a fab organization interesting young people in books. Visit them at BookTrust.org.uk for more from Elizabeth Wein about friendship in CODE NAME VERITY. And stay tuned for Monday’s review of the novel, and links to Elizabeth’s interview on the BBC’s Book Cafe!

4 Replies to “{my posse don’t do history: the case for historical fiction}”