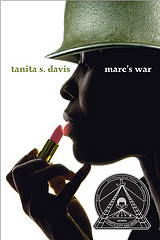 Yesterday’s paperback giveaway was quite an eye-opener, for reasons I didn’t expect. Homeschool peeps, I know, come from all walks, and are in the field for various reasons, or having kids with learning differences to being unhappy with a school district, to simply just wanting to spend the quality years of childhood with their children, instead of sending them to others to teach them. What I didn’t realize was how many homeschooling folk are from Canada! (Hello, Northern Neighbors!) New Westminster represented for BC.

The Midwest was also well represented, with Illinois, Indiana and Michigan being the most common. I was surprised to find only two Southern homeschool addresses from Georgia and Arkansas. Guess the South wasn’t online yesterday.

There were some interesting statistics I gleaned from the notes I received. The majority of people who participated had more three or more kids. Most were mothers, although there were two gentlemen. We had one librarian pop up and wave. We had twelve people who commented and left notes with addresses but no last names. (Ah, well. The addresses are probably enough, and no one should wonder too much if a book comes to Hope Whatshername.) We had two participants from the West Coast, and only ONE from my home state – which was a surprise! Of course, none of this represents actual numbers of homeschooling families in the U.S., it was just the people who were online yesterday who happened to hear about the giveaway. Still – very interesting.

I’m grateful to everyone who played along. This was such fun! Please remember to take advantage of the Homeschool Teacher’s Unit on Mare’s War, and enjoy your studies. I hope it leads you down a good rabbit trail (as Lissa Wiley calls them) to delve more deeply into new information you hadn’t learned before.

And to those eight or nine of you to whom I sent a wee note to remind you that your address might be good to have, well, I do hope you actually check back and send it, otherwise the whole postal process does get tricky…

A “thanks for playing” and a book go out to:

Emily from Bloomington,
Sharon from Shelby Township,
Jon from Canton,
Gretchen from Cincinnati,
Megan from Brunaby,
Rachel from Aurora,
Michelle from Lincoln,
Paula from Milaca,
Jennifer, Carrie, and Kathleen from New Westminster,
Teresa from Auburn,
Geneviève and Magda from Montreal,
Jill from Vancouver,
Sheila from Victoria,
Ariel from Seattle,
Moe from Sterling Heights,
Kay from Corpus Christi, and
Diane from Springfield

Most of you will receive your book in a couple of weeks, barring further postal calamities on this side of the pond. I hope you enjoy it. Happy Homeschooling!

6 Replies to “{after the contest}”