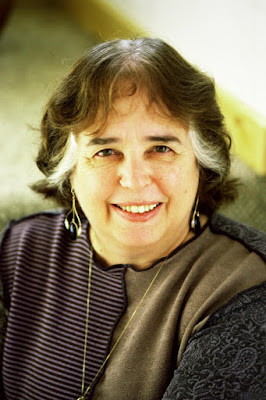 “Why am I working so hard? Going for 400 books, perhaps, but who’s really counting? Maybe in 10 years. Maybe if I live long enough. Maybe if I still have a head that works in old age. Maybe if I can just, following the Asimov model, type faster.”

How did I miss it? As of yesterday, when the piece showed up in the Huffington Post, Our Jane has written her three hundredth book.

I suspect she did not do it by futzing around on the internet much of the day. Which means I’m going to stop typing this in a couple of sentences and get back to work. But — three hundred. It’s a staggering, gobsmacking amount. Poetry. Picture books. Chapter books. Novels. Three hundred books.

And she remembers them all, of course.

However did she do it? Butt In Chair, obviously.

No, it’s not about the number — I don’t think I’ll live long enough to write three hundred books, not with the way I seem to have to agonize over each and every one. I lack the temperament. The confidence, too, probably. It’s not the number, but it’s the commitment she has, and, too, the surety that though there will be rejections and interruptions, that this is her work, that she has a perfect right to it without feeling foolish or silly or thinking she would be better to play with the grandkids or clean the house.

Jane Yolen is a writer, and she owns it.

Of course, if you read her occasional journal you will see that she had to go a long way to get there, just as we all do. It’s a three-step-forward, two steps back sort of thing that must be possible only to those most sincere and serious about moving forward… I met a lady just the other night who, in the course of a break in chorus rehearsal, asked what I do, and instead of the polite and pained look I sometimes get when I tell people I write for young adults (No “Oh, like that J.K. Rowling, hm?” from her) her eyes lit up, and she gripped my shoulder and said, with great longing, “Ohhh.”

M. loves writing short stories, but she says, in her lilting Scots brogue, “Well, there’s a bit of dignity to it, isn’t there, for someone like you? You’re published.” And so, just like that, she pretends she doesn’t long to write stories because it’s not dignified to tell the kids to go play and to let the house go so she can fuel her dreams.

Writers, writers, writers. We must believe that this is our passion, and our privilege, and that it’s not just okay to do it, but that it’s our … calling. Or else, we’ll never make it. — Not “get published,” you’ll note I didn’t say that. We’ll never move forward or “make it” as happy, well rounded fulfilled people who are doing what they want to do.

Right. Enough of that chat. Back to work, kids.

x-posted in part (without all of the personal rambling, just a nice congratulation) @ Finding Wonderland.