I finished my Master Pass for GO FIGURE, woot woot for me! And now back to the story that I need to have finished by the end of the summer and I feel like I’m not even halfway through yet (I AM, but it still doesn’t feel that way because I started a third story because it was bugging me and I thought just writing one chapter or so would work to get it out of my system. It did not. ::sigh:: ).

We don’t often talk about accommodation in our family. My sister JC uses a wheelchair, and when she got her first chair, my father ripped up all the carpet in the downstairs of the house, and tiled it. The pantry is no longer a narrow closet under the stairs but a wide space next to the fridge, with sliding barn doors. Things are at varied heights, and my sister’s closet in her bedroom has been rebuilt lower. None of this is an out-of-the-box solution my parents bought at The Disabled Store (if there’s any such thing, it’s ridiculously, prohibitively, stunningly, SUPER expensive – like her wheelchairs). They just figured out some things, and made them work. It’s a constantly evolving process. 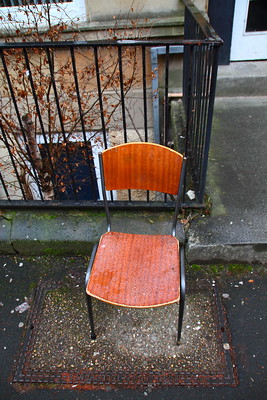 We have learned, living with my sister, that casual ableism – subtle discrimination in favor of able-bodied people – is A Thing, really, an insidious thing, that exists. At her private, Christian elementary school, she was carried around like a piece of furniture – or, more realistically, like a fondly disregarded cat or a rag doll, even though she was a child too old to be carried – and honestly, how safe was it for the school to allow other children to carry her? Would they have allowed that with other children? No.

When she was older, she had to go up long inclines to even get to the wheelchair ramp for junior high and high school. The church our family attends was recently updated and modernized – and still lacks some basic ADA accommodation, including a ramp to the platform. Wheelchair users aren’t expected to actually, you know, be among the people giving the service, apparently. The family noted this, and basically accepted it in silence… because, what could we do? We’d asked a few questions to a few people, and gotten chagrined or blank-faced non-answers. Disabled people weren’t in the plans, and the plans would go forward as they were… because casual ableism Is A Thing. (NB: Some people feel we should have made more noise earlier. Probably. It’s hard to overcome conditioning when you’re in the minority twice over, though.)

We almost expect organizations to fail JC, because they do it so often. When she went to beauty school, they put off her enrollment for a solid month because they were basically panicking, honestly. She did get to go to Disneyland, and she got to go first on all the rides, which was A Really Good Experience, but even though they had time and means to prepare, she had to buy her own specialized equipment. Her beauty school sent people to wash her client’s hair for her… because they couldn’t figure out how to make the world work for a disabled stylist, regardless of what they promised when she enrolled.

Being diagnosed with my autoimmune disease gave me more understanding and compassion about casual ableism than I’d previously had. When some days your hands don’t work to open jars in the kitchen, or your wrists and arms can’t carry heavy platters or a cast iron skillet… you have to make adjustments. When you can’t sit comfortably in every chair… you sit in your cushy chairs at home. You wear your mask everywhere, even though you hate it and would like to burn it with the heat of a thousand suns. You re-learn your life in a way that makes you hate yourself less for your shortcomings, you make allowances for the people who make assumptions, and who don’t understand… but you resent it with the heat of those same thousand suns, and those suns go nuclear over your baby sister. 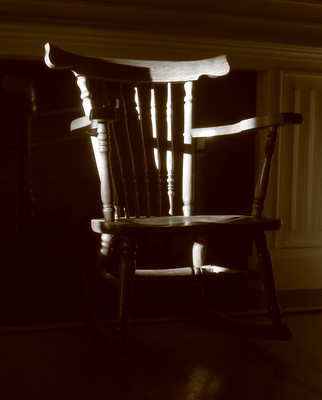 So, when JC texted us six months ago, excited about attending her first concert at the Shoreline Amphitheater, we wished her eardrums luck, and didn’t think much of it… until she posted on Instagram that the venue was awful. “What happened?” asked. First, no one knew where the disabled parking lot was, and when they finally found it, they wouldn’t let her friends park there, even though they had a placard and a clear need. The parking lot was unpaved and difficult to navigate in a wheelchair. When they finally got in, finally found someone who knew where the ADA accommodating seats were, they discovered they had to go down a flight of eight stairs.

The woman on staff asked, “Can’t you walk down eight stairs?” and rolled her eyes when JC said she could not. And told her friends to “be quiet” when they interrupted to protest her being asked this.

I’m not the nice person in the family; that’s maybe reserved for …somebody else, maybe my parents? What I’d like to do is focus the light of those thousand suns at the Shoreline with a giant magnifying glass… but I’m instead just offering advice as asked, and quietly seething and ranting on blogs instead.

Some people just don’t get a break. They miss most of their senior year in high school because of surgery. They miss out on doing “normal” things with friends because they have to have friends whose cars are big enough for a wheelchair or who don’t mind breaking it down and putting it back together to get it in and out of a vehicle. They end up back on a kidney transplant list less than ten years after the first time. They’re in their twenties before they’re comfortable and confident enough to go to their first concert. It’s not fair, and while howling that into the stratosphere and a quarter won’t even get you a cup of coffee, I just had to say it out loud. With EVERYTHING ELSE horribly wrong in this country and this state and this world this week, this is icing-on-the-top of a bitter casual-ableism muffin of Not Fair, and we are going to do something about it.

Yeah, yeah, something without the sun and a magnifying glass.