“…and to the Republic, for which it stands…”

It’s easy enough to avoid American nationalism in the form of the anthem or the flag. Just come late to a game or a classroom. Slip in behind the Scouts or the Pathfinders as they march proudly onward with the Colors. While there are so many people don’t know all the words to the Pledge and to the Anthem, I do – I always have, though I never considered myself someone terribly patriotic. I just didn’t mumble. If I was going to say a thing, I was going to mean the thing. That’s just how I am. I am one of those weirdies who look up and READ the lyrics of songs, and sometimes, I don’t sing them because they’re words I can’t get behind. From Top 40 pop music to hymns, I’ve always been that way. As my friend and fellow English teacher Susan Goins always said, “Words. Have. Power.” 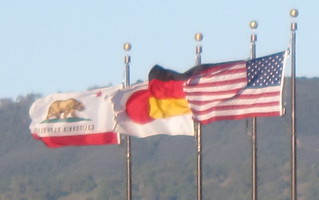 I became deeply uncomfortable with the words to the pledge years ago, but didn’t decide to stop participating in its recital until early 2014, when so many of the things which complicate my relationship with the United States came together in a perfect storm. Again, not someone who would simply mumble, or la-la-la my way through the parts I didn’t like, I heard the words and realized that I could no longer give unquestioning allegiance to the decayed and listing Republic. As you are perhaps rearing back in shocked affront, imagine how it upset me. Additionally, during the past couple of years, my relationship with church also got the “It’s Complicated” tag on my imaginary FB page – as there are things with the church in which I was raised that are also so anathema to me personally, so insular and content with it – that I don’t know how to integrate them with who I am as an adult.

All this to set the scene for my story.

There are multiple occasions for the winnowing of beliefs in adulthood. Values form and clarification is not always the most fun of work, but if it doesn’t get done, you’re staying a nymph instead of a dragonfly, capisci? (And eventually, the nymphs eat all the food in the pond, and can’t fly away, so they die. FYI.)

So, I attended church this weekend, which was an International Celebration spearheaded by the community’s teens. I was prepared for much of what it was – cheerfully chaotic, cheesy, and very, very cute. There are something like thirty nations represented within our one congregation, which meant that the scripture was read in Haitian French, Peruvian Spanish, the Maori language as well as English, and the hymn was sung in Tagalog, Swahili, Spanish, Samoan and English. This also meant the service was amusingly interminable (we were fortunate the speaker graciously bowed out), but full of heartening moments as we acknowledged the immigrant and the “stranger within our gates” with the renewed commitment to them as family. Despite myself, I warmed to the familiar concepts.

The Flags of Many Nations procession was my very favorite thing, as little kids, big kids, and sometimes whole families paraded down the aisle in national costume, waving their flag, while an (increasingly shorter as the service dragged on) clip of their national anthem was played. I loved seeing the participation, the joy and pride. When the Kenyan kids stood and saluted their flag as it passed, little bodies ramrod straight and eyes bright, my heart pinched a bit. I remembered what that was like – that unstinting, unhesitating love for my country. I found my eyes smarting with tears – and then, I went lightheaded for a moment, as a wild, unfathomably deep scream of rage boiled up from deep within – at how that has been irrevocably taken away from me.

“…One nation, under God, indivisible…”

And oh, the sucker punch when my own flag stuttered haltingly up the aisle on the shoulder of a Korean War veteran. Oh, the pinch. I was already there, though. No avoiding this. No quietly slipping out. It was take a knee, or… or… I couldn’t decide. 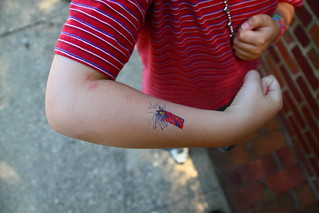 The old people around us were dabbing their eyes. The kids were beaming, happy their program was a.) Nearly over and b.) Such a success. Would anyone there understand what taking a knee – in church – was about? Had any of the teens, people, who were raised sheltered, insular and oblivious like me, did they eve understand the importance of Colin Kaepernick? The brutality of our national relationship with law enforcement and people of color? The necessity – the responsibility – of all citizens to push back and resist? Would what I was about to do make any difference to their understanding? I’m sure you can imagine the wash of conflicting feelings flowing over me. We were supposed to be celebrating our exclusivity and diversity. We were meant to leap to our feet, our hearts beating as one in proud agreement that we all loved our country.

Everyone surged to their feet. I, too, found my feet – bitterly unhappy that I didn’t have the courage to kneel – that it wouldn’t have made the difference we need. That maybe nothing will. I stood, yes. But with my arms crossed, my head bowed, and my face wet.

“…with Liberty and Justice for all.” 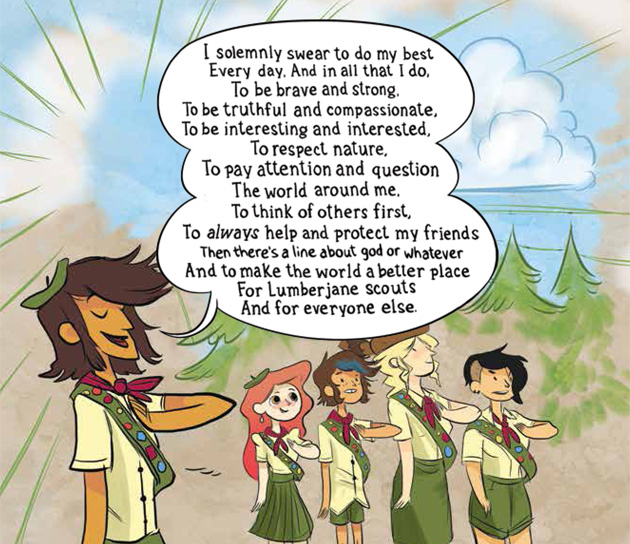 “A child’s world is fresh and new and beautiful, full or wonder and excitement. It is our misfortune that for most of us that clear-eyed vision, that true instinct for what is beautiful and awe-inspiring, is dimmed and even lost before we reach adulthood. If I had influence with the good fairy who is supposed to preside over the christening of all children, I should ask that her gift to each child in the world be a sense of wonder so indestructible that it would last throughout life, as an unfailing antidote against the boredom and disenchantment of later years, the sterile preoccupation with things that are artificial, the alienation from the sources of our strength.” – Rachel Carson The Sense of Wonder

When I consider how my light is spent,
Ere half my days in this dark world and wide,
And that one talent which is death to hide
Lodged with me useless, though my soul more bent
To serve therewith my Maker, and present
My true account, lest He returning chide;
“Doth God exact day-labor, light denied?”
I fondly ask. But Patience, to prevent
That murmur, soon replies, “God doth not need
Either man’s work or his own gifts; who best
Bear his mild yoke, they serve him best. His state
Is kingly: thousands at his bidding speed,
And post o’er land and ocean without rest;
They also serve who only stand and wait.”

“Boundaries are contacts as well as limits. At what point do the interests of our country meet and possibly conflict with those of other countries? What are our real interests anyway and are they worth a war for their protection? And are the interests in question those of the nation as a whole or merely those of a small group of people or even of a single person? Are such clashes anyway settled better by heat and conflict, or by a reasonable adjustment?” – Jeanette Rankin Two Votes Against War: And Other Writings on Peace

Well, it was either this, or Emily’s poem to the tune of The Earworm We Shall Not Name…

It’s been a week… but despite the erratic nature of human nature, the seasons tick on; seedtime and harvest, summer and winter. And today we celebrate the steady metronome of the natural world with… hymn meter.

Because hymn meter was well loved by Emily Dickinson whose 236th poem, “Some Keep the Sabbath Going to Church” has ever been used by earnest poets to get out of leaving the house at the weekend, I thought I’d dash off a quick nod to her. Of course, this effort isn’t true short meter, because the third line is not short by any means, and to make it even more hymn-like, I added a distinct refrain. This was me not trying to quite go with the rules just yet:

cathedral light abounds
through old growth canopy
as crows produce a raucous sound, as fog’s damp surges all around
and we breathe autumn’s ease, in redwood panoply.

(no sermon, no sexton. birdsong, from every direction
the quail’s quiet sageness is truth for the ages, and never is service too long)

(no chalice, no cantor: listen to the blue jay’s banter
the woodpecker’s rapping, its beats overlapping, and never is service too long)

scythe down, like autumn’s weeds
what binds you to the pew
no dome nor chorister a need, that “all are loved,” be that the creed
which Sabbath-hearts pursue; may Light be found in you.

No vestments, no hymn book. Take to the woods. Change your outlook.
Your body will thank you – the dogma will keep – and the sermon won’t put you to sleep.

Somewhere, my mother is perhaps despairing of my church attendance. *cough*

The next two poems I tried a little harder to both keep to the theme (why, oh, why is it that the minute someone mentions theme, poems spring forth from the forehead of Zeus on thoroughly different topics? I have the most contrary brain) and to the rules of form. This one in common meter goes out to the people who I annoyed on Twitter when I told them not to talk to me about pumpkin spiced anything until November… when I’m spicing pumpkins for pie:

Crabapples, crisp, without a doubt
When kissed by nighttime’s rime
Are twice as sweet, and Brussels sprouts
when roasted, are divine.

Hops really are gorgeous – Click if you’ve never seen them. There was a hop farm up near where we used to live, and though we don’t brew beer, it was A Big Deal to the many who do. Apparently the in-thing for decoration this fall is not hops, but… cotton bolls. Meh, I’ll pass. Give me that glorious hoppy green.

Finally, this is long meter, and while it’s definitely less… sparkly and dance-y than the rest, it likely lends itself to four-part voices and pipe organ beautifully.

Landscape takes shades of orange and gold
Ocher and azure, tawny, bold
This serves as notice: time runs on
In this seasonal marathon.

Bright as a coin, the harvest moon
Draws down the drapes of afternoon
Last gasp of summer’s bright caprice
Leaves pass out autumn’s press release

This has been kind of a fun meter to play with! Enjoy more autumn-flavored selections from: Tricia, a this-girl-ain’t-growing-old ode from Liz; Sara brings the beauty to the dying season and Laura’s adorable tribute to Jack made me smile. Now, here’s Kelly‘s take on the form, and hugs to Andi; we’ll catch up with her later.

“The real damage is done by those millions who want to “survive.” The honest people who just want to be left in peace. Those who don’t want their little lives disturbed by anything bigger than themselves. Those with no sides and no causes. Those who won’t take measure of their own strength, for fear of antagonizing their own weakness. Those who don’t like to make waves – or enemies. Those for whom freedom, honor, truth, and principles are only literature. Those who live small, mate small, die small. It’s the reductionist approach to life: if you keep it small, you’ll keep it under control. If you don’t make any noise, the bogeyman won’t find you. But it’s all an illusion, because they die too, those people who roll up their spirits into tiny little balls so as to be safe. Safe?! From what? Life is always on the edge of death; narrow streets lead to the same place as wide avenues, and a little candle burns itself out just like a flaming torch does. I choose my own way to burn.” – Sophie Scholl, Die Letzten Tage