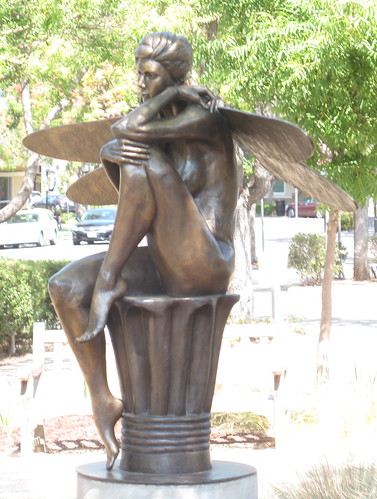 A new month – wow, where did September go!? – a new poetry challenge.

These poems are named after a woman – Etheree Armstrong Taylor. According to Teh Internets (TM), Ms. Etheree was a poet from Arkansas who invented this simple form first called “The Etheree” and which is much like the cinquain, and just as American. Interestingly, in French, éthéré is a word that refers to the “aether,” from which we derive the word “ethereal.” Aether is also an archaic term for the equally archaic term, firmament… or, good old air. The etheree is simply counting syllables, one per line, ’til one reaches ten syllables in the last line. The theme of the poem is meant to be singular, and …well, maybe to be light and airy? A double etheree is 1-10, then 10-1. A reverse etheree simply begins at the end with ten syllables and goes on down to complete the poem with a single. A twin etheree is a spin-off form I’ve seen, where it’s two lines of one syllable, two lines of two, and so on ’til ten, but that version IS rhymed.

Despite the simplicity and unrhymed straightforwardness of the form we chose — or maybe BECAUSE of it — some of us decided to throw in a wrench. We thought we’d need something to make it harder, you see — so we gave ourselves a theme, at some point … relationships.

I flunked on theme. But, eventually I got out a poem or three, thank goodness. Should you do this with your peeps, try agreeing to all end or begin with the same word, or try agreeing to include a specific, unique word in each poem – it’s just much easier. The form lends itself to unwrapping many concepts in tiny increments.

A word – concept, really – that came to light in the 90’s is postemotionalism. Post, being “after,” put together with the word emotion almost would sound like we’re “over” emotions, but in fact, we’re over emotion-ed. Sociologist Stjepan Meštrović, in his book POSTEMOTIONAL SOCIETY, talks about how media input – from our friends on social media, from news reports, and pushes our collective emotional state up, pulls us down, moves and jerks us around so much that we numb ourselves. Meštrović theorized this after watching weeks of indifference by Americans, watching refuges from the Bosnian genocide on their television screens. There was so much emotion demanded – so many responses elicited by the all-caps-exclamation-point media, that “bad things” seen in what Meštrović calls the “daily diet of phoniness” all blended into a constant hum of negativity which drew no further response. Emotional manipulation on commercials, in newspaper headlines, in “breaking news” shilling on CNN was common and growing louder, tugging the world’s attention this way and that. (For more on this, Lisa Wade, a professor at Occidental College, explains it better than I can.)

I have always had a massive capacity for feeling, grieving, really, at all that goes on in the world. But, when I get that “something in my eye” feeling over cat comics and gum commercials, too, how real is it? In the final summation, have I truly felt… anything?

empathy fatigue
♥
true
story:
a heart wrung-
out to nothing,
twisted like a rag,
sucked dry by greedy frauds
fed “a daily diet of
phoniness.” Disingenuous
world in which emotions are tapped like
so many oil wells, drained dry to sell soup…
Fact: this capacity for compassion,
is a resource finite. heartfelt “feels”
that tug our strings and spark our rage?
Artificial sweetness and
ersatz-sourced sour. Such
hearts, daily broken,
fueled on falsehood
how can they
remain
true
♥

The rest of the Poetry Seven have called in with their etherees. Andromeda is talking about technology – ebook, or hardback?. Liz is writing a love story for the ages, if the ages are middle grade. (New Novel!?) Sara’s got mint on the brain, in the planter, growing in cracks in the sidewalk… Tricia’s relationship is puppy love, unless you ask the cat… Laura’s bickering celestial siblings are on the road to a time out. Kelly’s gone all Austen on that cold fish, Mr. Darcy.

EDITED TO ADD: And we can’t forget our Poetry Cousin [email protected] Into Poetry has been etheree-ing the whole month long.