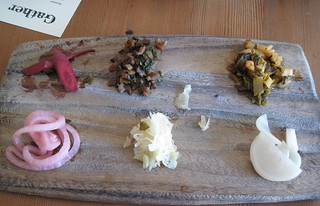 Occasionally, I have the distinct pleasure of meeting absolutely unique people, and I met this adorably dimpled person for the first time the other night at supper in Berkeley. He happened to be all of seventeen, full of wit and cracking wise all evening, making the assorted adults about him guffaw intemperately. A very good time was had; a brief blip of sanity in amongst ALA meetings and packing and sightseeing and preparing to leave the state and the country.

Adorably Dimpled (whom we’ll call AD for future reference) is one of those outdoorsy people was relating to us the tale of his canoeing trip through the Adirondacks, and how well it had gone. He added that he and his rowing partner had at one point stood in the canoe, poling along and singing out all the Italian words that they knew, gondolier style – which were sadly limited to rigatoni, zabaglione, bruschetta, antipasti… Yeah. It was fairly pathetic, but it amused them, so they carried on… until they rounded a corner and met up with another canoe full of people conversing … in … Italian.

Mortified, they sat down and shut up.

AD chuckled ruefully, recounting the tale. “It was terrible,” he recalled. “We thought we could get away with a little racism out in the Adirondacks, but no.” The complete incongruity of this statement of course broke up the whole table and we all laughed some more. But, AD’s claim of racism has stayed with me… and rattled around like a dried pea in my brain. 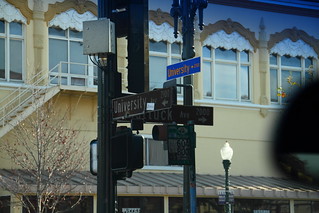 I was nineteen when a social worker I knew prodded me into being part of a study at Boston University’s Sloan Epidemiology Center. I’m still a part of that study, which has turned out to be a huge and important one about the health of women of color across the United States. Biannually, the several hundred thousand women in the group answers questions about their health, visits a lab to give blood, or agrees to give Sloan access to their cancer records or their blood pressure readings, and &tc. This is a comprehensive study, and includes mental health, and every other year or so, when the questionnaire comes out, I’ve been asked about my experiences with things that threaten mental health — things like domestic abuse, self harm, assault, and… racism.

At nineteen, I returned a survey which said that I had never experienced racism. I know – highly unlikely, right? Yet, it was important for me during that time to be able to say that, no, there was no racism. It supported my worldview, which stated that The World Is An Okay Place. If I believed otherwise, I would have been too petrified to go out in said world — so I went with the “I don’t see color and no one has seen mine” fabrication with which so many young people have attempted to navigate their world. But, the survey kept asking that question, year in, year out. Asking. And asking. Insistently. There’s a reason for their questions, of course; the NYT reported recently on some of the findings from this study and others like it. The questions are important – vital. The survey designers always vary it — as all psychological tests do — they ask in terms of the workplace or in terms of feeling safe, or in terms of shopping experience, or in terms of school days. But, they keep asking.

I have been, by turns, exasperated, impatient and mildly annoyed with their questions. But, after AD’s little story, what I am now is …illuminated. 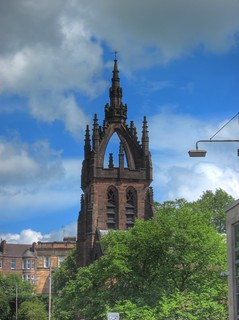 Of course, I have experienced racism. (And, I have acted in racist ways — as much as I HATE the idea of that, I have.) This week, I’m in Scotland, which is where some of the more …embarrassing experiences in my life have happened. The UK isn’t a monoculture, contrary to what ends up on television or in the media – there are people of Asian, South Asian and African backgrounds who are born and raised here, but for reasons of …history? the popular depictions are almost always white. This is changing, as the population shifts, but when we moved here in 2007, I was a serious minority, and it didn’t always feel okay. People would either stare at me — to the extent of turning after we’d passed each other in the street, to look over their shoulders — or they would accost me to rap (arrhythmically) at me, scream “Soul sister!” or try and do complicated hand-shakes with me. No, seriously. Strangers, I’m talking about — trying to slap hands with me, and assume some familiarity because they were sure that they somehow knew me, because… maybe their best friend was black? And, I would bet that none of those people would have the clear-eyed realism of AD, and say that they were being racist… but, they were.

In college, someone asked to record me scatting — as if, because Ella Fitzgerald could do it, surely I could, because black. Er, NO. So not able to do that. I am not a jazz person in any formal fashion. Let’s have some Handel and get on with things, yes? And yet, even that didn’t work — other girls in my high school chorus were offered Messiah solos; I was offered minor key descants in the spirituals we sang. Because, black. Even as far back as elementary school, where a PE teacher assumed that I could skip better than other kids, because I could dance (SO not sorry to have to disabuse her of that notion) and another assumed that I would sink because “people of African ancestry don’t really swim, they have too dense of muscles for it” (Which is likely a surprise to the coastal peoples of Ghana, Mauritas, Mozambique and the Seychelles, but whatever), people have been in essence painting my picture without ever looking at my face. 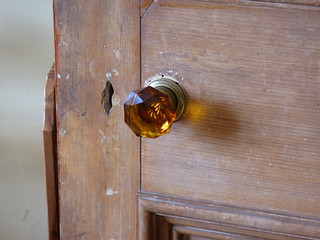 But, was that really… racist? I mean, isn’t racism assuming that various specific characteristics of someone’s race makes them different in abilities or capacity than you — judging their abilities or worthiness based on the unrelated characteristic of race? How was what AD was doing actually racist? Wasn’t he just being silly? Haven’t we all pretended to faux-speak a language, and thrown in some food words? Isn’t he being really hard on himself? And, sure, maybe accosting a stranger or throwing peace signs and shouting out “Soul sister” is a little obnoxious, but is it really insulting me, to acknowledge that I am, in part, of African ancestry?

Well, I can’t judge people’s motives as racist or not – but I do know this: racism is something which perpetuates stereotypes. It also trivializes and homogenizes various cultures, tribes and their struggles and victories. It makes a diverse and textured people into plastic dolls with molded faces, something easy to carry in a labeled box and use in your own narratives, disregarding their real stories. One of the hardest things for me to …take in is that racism isn’t always based on malice, it’s based on ignorance. Deciding that all Asians are good at math is meant to be a compliment to Asian people – but it isn’t. It’s painting them with your assumption. The stereotype of African Americans as agile sports people, dancers and entertainers is reductive in the extreme, though some people insist it’s a compliment because all of their black friends can dance. As we speak and think and move through a diverse world, the question is of where to draw the line. Is pretending to be gondoliers racist? Or is “Othering” and making light of a culture or a group what is at issue…? Is it actually racist, or merely unnecessary and potentially unkind? 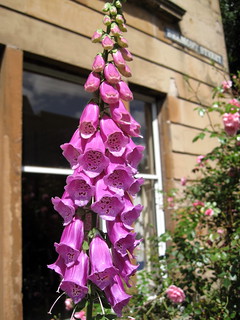 Just like AD getting his “Italian-face” on in a ridiculous fashion would have maybe prevented him from having meaningful exchanges with actual Italians, employed as gondoliers or no, the people getting their metaphoric blackface on, and presenting me with hackneyed representations of blackness, and making bizarre assumptions of ownership of both my experiences and my person were problematic because they left me feeling both exposed and obscured, naked of my humanity, but swaddled in yards of their preconception. In making anyone else the Other, we indicate our disinterest in knowing the real them – and signal our contentment with the predigested stereotype.

In another six months or so, it’ll be time for the Sloan study to send me more questions. They will be nosy questions, as they are in any study – they’ll want to know my weight, my habits, my experiences. They may ask — again — about my experience of racism. What I’ll tell them this time – as I have the last several years – is the truth, as best I know it. I’ll think long and hard and answer carefully. But, more important than how I answer the survey, I think, is how I answer myself. More important to me than the question, “Have you experienced racism?” is how I answer, “Have you been racist?”

3 Replies to “{“a little racism in the Adirondacks”}”