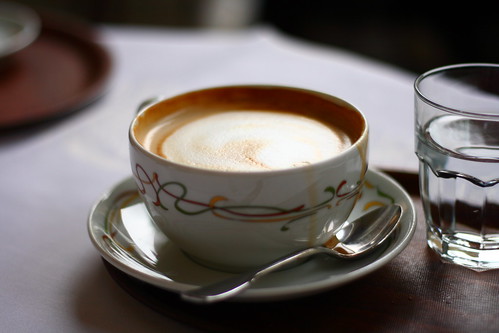 remember, ‘Outside’
remains an option. spring time,
and the world still turns

Sit down. Inhale. Exhale.
The gun will wait. The lake will wait.
The tall gall in the small seductive vial
will wait will wait:
will wait a week: will wait through April.
You do not have to die this certain day.
Death will abide, will pamper your postponement.
I assure you death will wait. Death has
a lot of time. Death can
attend to you tomorrow. Or next week. Death is
just down the street; is most obliging neighbor;
can meet you any moment.

You need not die today.
Stay here–through pout or pain or peskyness.
Stay here. See what the news is going to be tomorrow.

Graves grow no green that you can use.
Remember, green’s your color. You are Spring. 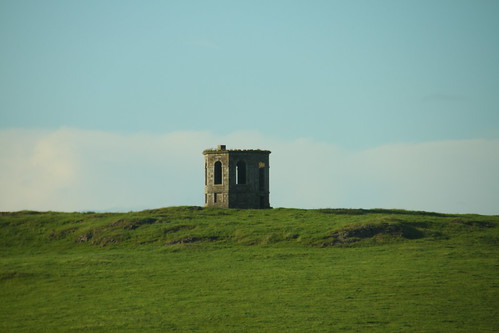 You know what? I’m not doing this.

I hate shopping on a regular day. I LOATHE shopping during the holidays. I love my people. I know they love me, on a good day. But this frenetic rushing about, trying to get the perfect thing like it won’t be there the next day — no. Most of my nearest and dearest are underemployed and broke. Why are we doing this again?

This travesty of shopping and emo-ludicrous DeBeers commercials has nothing to do with that guy. We can’t blame this on Jesus, over the top tinsel, glitter, and white lights. I love looking at decorated houses, hearing carols and eating unfrosted gingersnaps by the pound. It’s just that I cannot… produce sentiment, nostalgia, or perfect family moments on cue. I cannot meet whatever silent expectation you might be having for me that you never explained, nor can I comprehend your disappointment, grief or — worst, your rage when I do not. And I strongly resent any arbitrary date on the calendar which requires this song and dance of me. Everything is ridiculous and overblown and too loud, and we are all so almighty stressed and distressed that this whole yearly extravaganza is a highly bad, bad, bad idea. So, Christmas is OFF, okay? OKAY, THEN, FINE.

…so, I’ll see you on the 24th, for brunch, a lazy movie marathon and board games, then? You’re on.

Not hosting Thanksgiving means I am free to conduct food experiments. There is a soursop fruit ripening in a paper bag on my dining room table. I have zero idea what I’m going to do with it, but I’m delighted to have the opportunity to play.

Sundays used to mean getting up really early to go grocery shopping. At six a.m., the only active thing is the produce department, a whole rafts of people replace the ravaged displays of fruit and veg. Grocery stores that early are usually peaceful — though I have run into people before who haven’t yet gone to bed — and who really need to go home, sober up, and do just that. But, still – I am grateful for early hours, and the determinedly chipper people who work them.

I know. Blessed is a single syllable, unless your syllables use formal Elizabethan phrasing. 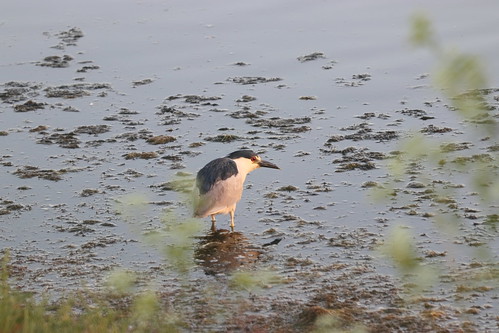 Years ago, when a friend of mine was in the first throes of a difficult divorce, I saw a list on her wall which read “Things I Can Do And Not Panic” or something like that, and the list was filled with simple things she was good at, which she had control over, that had nothing to do with the betrayal and drama currently going on in her life.

That …sliced me to the bone. While we both put on a brave face, I shed more private tears over that list than she ever knew. It hurt me to think that so talented and loving and competent a person was having to resort to lists to remind them of who they were. And yet. Depression – that liar – constantly tells us who we are not, and anxiety leaves us dashing about trying to prove we are better than that liar says.

So. Here I am with my lists.

This will be this administration’s legacy: lists. Lists to remind me of what I can control (nothing) and what I can do (not much, but something). Lists to act as bandages and gauze, staunching the stab wounds to my sanity Every. Single. Day. Lists. To remind me that I have to get up and keep going. Lists that remind me that there are still some thing which are…safely predictable.

I’m so impressed with what so many friends and acquaintances are doing – speaking up, speaking out, organizing efforts to raise funds and collect necessary items. I can throw money at things, when I have any (and LOL that with the writing life), but “silence, like a cancer, grows.” Anxiety and depression are some of the great stranglers, I find, and as events unfold and the national discourse goes from vicious to violent disintegration, some of us can barely think or speak. Every task takes enormous concentration to complete. We are overshadowed by a desire for unconsciousness during the day, and twitch restively with thwarted energy in the dark hours. 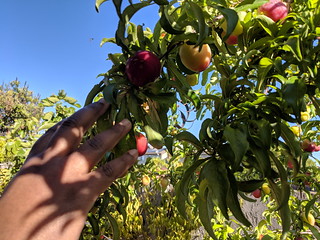 And so we pull out our lists… packed with metaphors, we make our lists force sense into the world.

On my list right now are plums. There are plums on our teensy, tiny Charlie Brown tree in the backyard, and that plum tree is doing its UTMOST right now. Every day I get a couple of pounds of plums from that thing, and when all is said and done, I’m going to have forty pounds of plums or something. I go out and take pictures of my plum tree pretty much every day. The life cycle of a plum is …pretty straightforward, actually. It’s yellow-green. Then it’s green and pink. Then it’s red. Then it’s plum-purple and then it’s ready.

(As anyone with a fruit tree, I also spend a lot of time side-eying birds. There are a LOT of birds in my life right now. I name them and count them and …basically argue with them.

Hey. It’s a thing. It’s something I can do that I’m good at now: random tiny bird identification and illogical discussions with said birds re: staying out of my plums.)

Oddly, the second thing on my list is my piano. To be clear: I am a terrible pianist. Just really bad. Mainly because I was an anxious child who didn’t ever have a professional teacher, and so had to learn from an older lady who meant well, but who basically terrified me with her quavery voice and tremoring hands. Those “lessons” lasted for about six weeks before we all gave it up as a bad idea. I could play anything the lady asked me… but I never read a note. No, learning to read music was something I taught – and still teach – myself, and my playing shows it. Badly. But, right now, an anxious aadult hacking away at the mountain of Really Craptastic Playing gives me a kind of peace. Plus, when I’m not butchering Bach, I play hymns – that’s a twofer right there.

The third thing on my list is… creating. Art. Crafting. Food. Did you know Bon Appétit has videos? (Soon I’ll be fermenting kombucha in self defense. At least now I know new things to do with alllll those plums…) I may not be good at creating, but I can be relentless. That’s basically how I have to approach everything – keep trying. Which leads to … 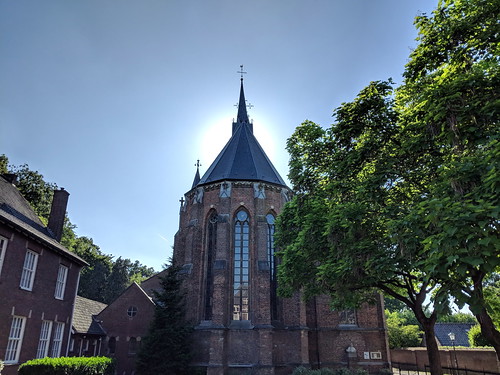 …the fourth thing on my list, which is, predictably, Dutch. The language is by turns impossible and then deceptively easy – and, like with piano, I am dreadful at it — but I keep hacking at it — oh, so badly, with the throat-palate-hiss sounds of g and h – and I can only hope that someday, someday I can solidly converse with a six-year-old. Someday.

Fifth is reading. Specifically, reading fairytale retellings and romances. A happily-ever-after is a requirement, a plot that isn’t too full of drama and chaos; the sure knowledge that, as in the thirty-minute sitcom, all’s well that ends. I am throwing a way a great many things which don’t fit my narrow parameters, but am happily finding a great many that do. It’s time to reread books that made me happy, where great justice prevailed over impossible odds. These are the times I reread the Discworld books, so I can listen a while to Sam Vimes.

Yes, Robin Reader. I am writing. That’s never not on my list. I am writing even though it feels like my fingers are chisels and the plot is granite. I write even though occasionally my chisel turns into a penknife and the plot is impenetrable. I hack out a few millimeters as I can. Sometimes, it’s like sand, and it all fills in the shape by the time I get back the next day. And then this beast becomes archaeology, and I take out my brushes and go dirt-diving. I find where the plot disintegrated. I carefully piece together the story’s history. And then I dig again.

These things I can do – simple, fixed things, while we do what we can. Meanwhile, the swords we beat into trowels to transplant the flowers of justice need sharpening. If you’ve turned your spear into a pruning hook, don’t forget that agricultural implements are still offensive weapons, according to Sam Vimes… what we sow, we’re going to reap, so keep planting. 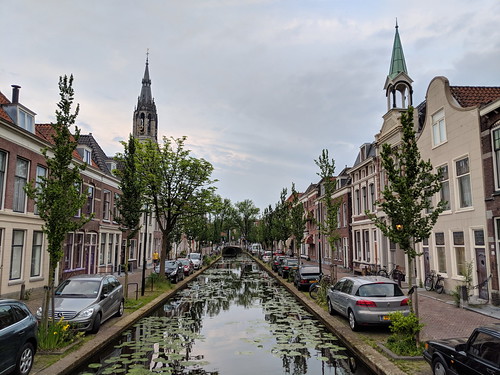