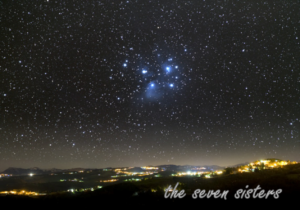 “I cannot hide my anger to spare you guilt, nor hurt feelings, nor answering anger; for to do so insults and trivializes all our efforts. Guilt is not a response to anger; it is a response to one’s own actions or lack of action. If it leads to change then it can be useful, since it is then no longer guilt but the beginning of knowledge. Yet all too often, guilt is just another name for impotence, for defensiveness destructive of communication; it becomes a device to protect ignorance and the continuation of things the way they are, the ultimate protection for changelessness.”

Greetings and salutations: It’s Poetry Friday, and is anyone else mildly bewildered that it’s September? While no one can say this summer has gone by quickly – no one who was has been wilting in the heat or sucking down smoke – that we’re officially motoring towards Autumn is a bit surprising… ah, well, on with the dance.

How I did it: While found poetry is typically difficult for me, this month’s cento challenge was a doozy. After TEN YEARS (this past April) of making poetry together with these ladies, I would not have wasted time whining about how difficult this was, except if we’re too quiet, it makes Sara leery, so WOW, THIS WAS HARD, UGH, GOSH, CENTOS, ARGH. Better, Sara? Onward:

From the Latin word for “patchwork” a cento is a collage poem made up of lines from poems by other poets. For our poetic quilt, the Poetry Sisters chose a single stanza from “I See Chile In My Rearview Mirrow by New Delhi poet Agha Shahid Ali. From this poem, we then chose a single word from a selected stanza around which to build our collage.

Finding poems for centos can be challenging, but a quick shortcut is to put your chosen word into the search engine at Poets.org and proceed from there. Out of the plethora of interesting choices, I chose like, which was common enough to give me too many options for poems, so I limited myself to only five pages of results from Poets.org, and twenty-seven poems, which I whittled down to a mere seventeen. Happily, this choice also opened my poem up to myriad cultural and ethnic diversities as well, as we move from the past to the present, through myriad continents and genders and faiths.

Making Meaning: It’s challenging to make meaningful poetry out of patchwork, however – having to leave the words of the poems in the order in which they were within their individual works made this even more difficult. However, because I have still been reflecting on my recent foray into harpy-ism, I found myself with ample fodder for the whirling emotions in the lines which presented themselves. Reflecting on how I had felt in the moment just after an insult, I found a backing for the swirling patchwork, and I pinned my individual bits in various places and orders until they felt true.

i.
I would like to describe the simplest of emotions

I know this is an all-black-people-look-alike moment…
I have never been anything like pink
& lord knows, I have been called by what I look like.
Just like that, I’m a flung open door.
I run around like mad –
Like them, I wanted — only to die, moon-dark. Blessed,
unnoticed. now they look suspended, like heroes
a dream still clinging like light to the dark,
as the mist disappeared. like a curtain, open,
maybe. its flaws, like cracks
leaking in and out in all directions

Closing Credits: And there’s even more cento-y goodness from the Sisterhood. Laura meets this month’s challenge through glass, Tricia found a truly envy-producing title, Sara, who set our challenge this month, sees all that is before us, while Liz breaks down breaking/brokenness. From their cushy chairs on the sidelines, Andi and Kelly meanwhile wave their pom-poms in our general direction, cheering us onward.

The true gift of a cento is the impetus to read widely – and wildly – a number of different types of poems one might not have otherwise attempted. To best appreciate the rich cloth from which each piece of patchwork is cut, you are invited to find a line you feel is especially intriguing, and read its antecedent poem.

This week’s Poetry Friday host is Beyond Literacy Link. Here’s to corralling the various whirling emotions that we might have and pinning them down into poetry. A cento style might not make it as easy to impose order onto your world as, say, a sonnet, but there is something to be said for using whatever feelings you have – however you feel – to make an orderly mind out of chaos.

” We use whatever strengths we have fought for, including anger, to help define and fashion a world where all our sisters can grow, where our children can love, where the power of touching & meeting another woman’s difference & wonder will eventually transcend the need for destruction.” – Audre Lorde, Sister Outsider: Essays & Speeches (Berkeley: Crossing Press, 2007), 124-133

Hat tip to Tech Boy who made my little table in ten minutes, when I would have had to work carefully, with a lot of scowling and muttering, for an hour or more.