This past weekend, our chamber group had a night show and a matinee show, and were able to take advantage of the gloriously bright, but bbbrrrrrisk afternoon to wander about during intermission and before call time (as long as we were within earshot. Our Director is calm, but the section leaders are a teeensy bit on edge). We were singing at one of California’s historic missions, and so the landscaping was gorgeous, dotted with ancient olive trees, fountains, and… well, graves. The original building collapsed during the 1909 earthquake, and a chapel was built in front of the ruins (and somewhat over them) and they used the churchyard as a regular churchyard, until the church was dismantled and sold to the Episcopalians. The families wanted their departed loved ones to remain in situ when they rebuilt, so… there are graves everywhere, even inside the mission chapel.

But, I digress – I was talking about the lovely grounds. I have no idea what kinds of leaves these are, and I came upon them reading gravestones… they were a nice counterpoint. In the midst of life, we are in death, but hey — in the midst of death, these leaves glow like ruby flames. 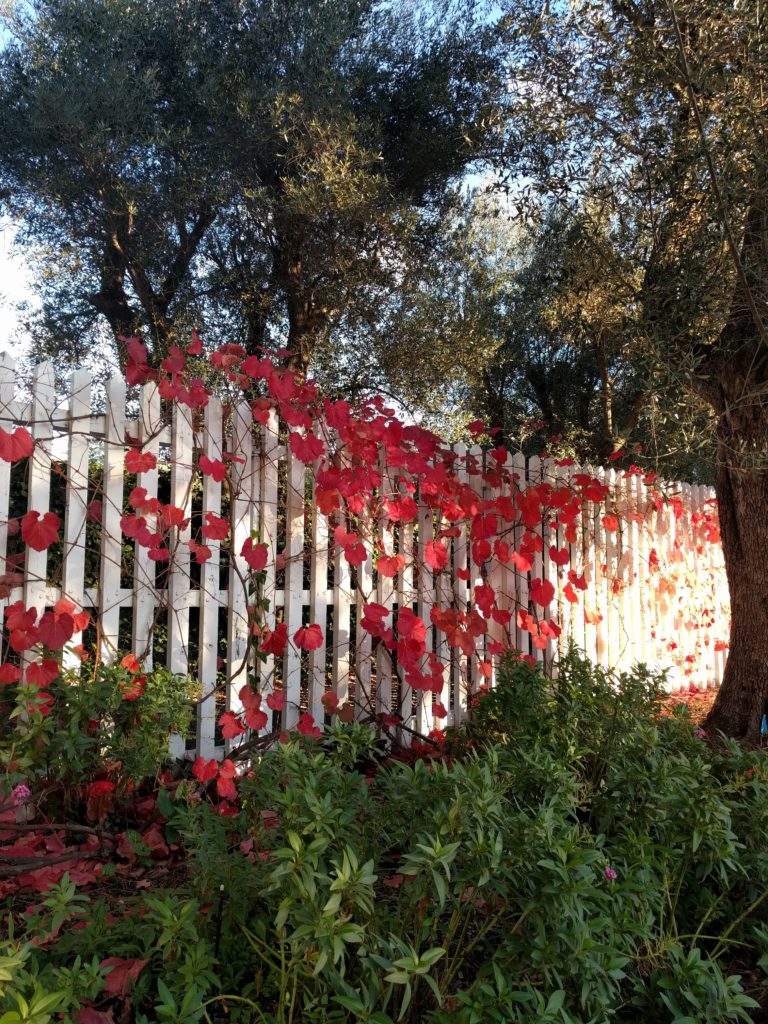 Sing a song of seasons!
Something bright in all!
Flowers in the summer,
Fires in the fall!