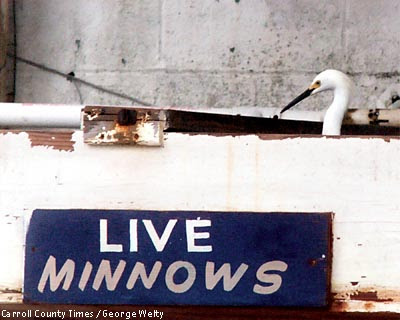 Happy Monday! Hope you get a jump on some good things this week.

Mondays are usually nonfiction day elsewhere in the blogosphere, but I spotted a couple of great sounding fictional pieces out today — first, Becker reviews The Saints of Augustine at GuysLitWire. An intense book about secrets, honesty, and friendship with two guys in trouble — sounds really, really good.

Next, Colleen’s got an excellent round-up of graphic novels at Bookslut in Training, which include the very intriguing sounding Skim, and Token, both coming-of-age novels focusing on girls, Holly Black’s The Good Neighbors: Kin, which is another happy scary-fairy tale, and a nonfiction from DK Publishing called One Million Things: A Visual Encyclopedia, which sounds like a Christmas gift to me.

Speaking of Holly Black, Reading Rants! Out of the Ordinary Teen Reads reviews Geektastic! Stories from the Nerd Herd edited by Black Holly herself and Cecil Castellucci. This book sounds fabulous and includes geeky stories from Holly, Cecil, and the usual suspects, including Scott Westerfeld, John Green, M.T. Anderson and Sara Zarr. The sad news: August 2009 is the release date for this. Yes. I feel your pain. ::suffers::

I wish this would work for me, but a.) do I actually ever know how a story will end? Um, no. And b.) I’d have to rewrite it anyway, because my characters generally change too much from the beginning of the novel ’til the end. While this is good, in character driven fiction, it’s annoying for any kind of outlining/pre-writing purposes… would that work for any of you?