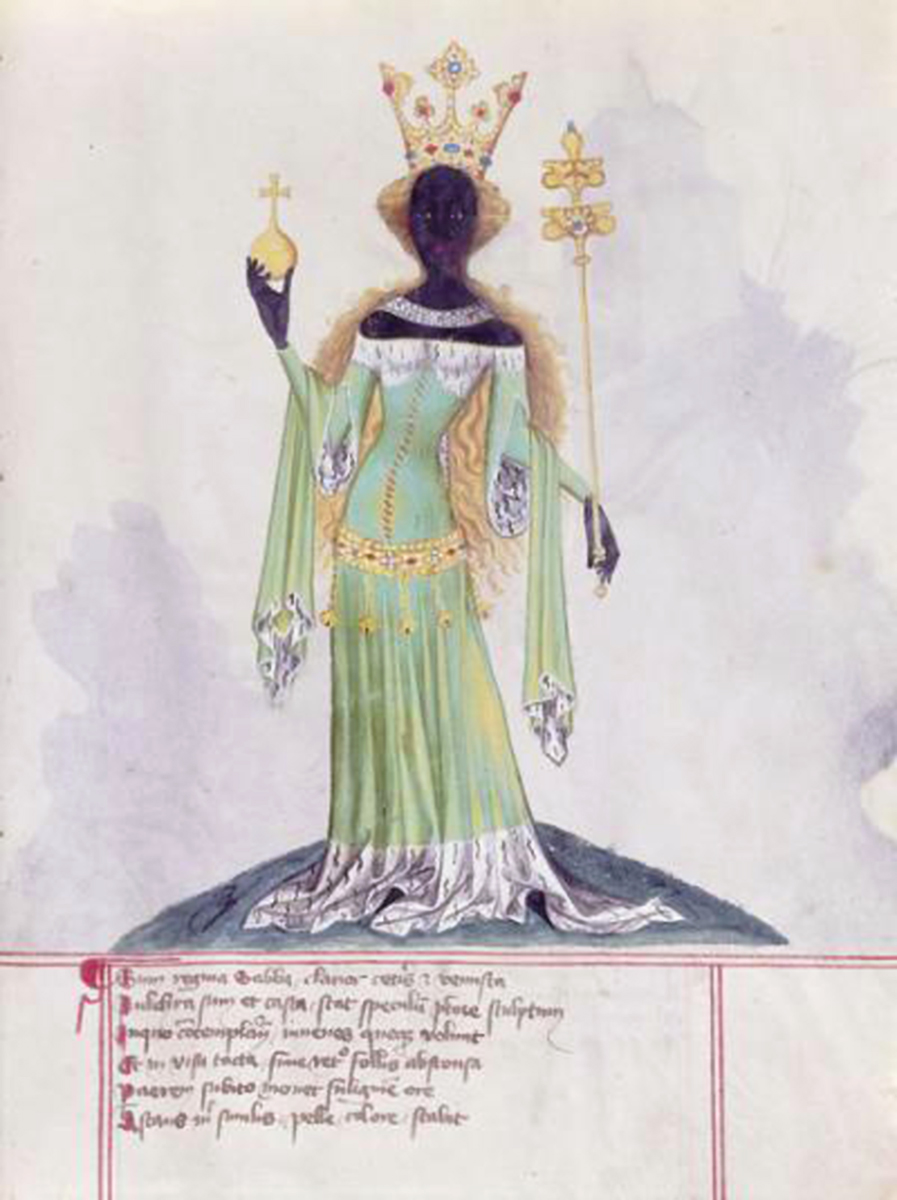 Well, the curator of the Tumblr must have “heard” me, and re-posted the info I was seeking, and my bad-Sci-Fi bud from Maryland made sure I knew – thanks, S!

So, not an icon of Mary after all, as someone suggested – and the lack of holy penumbra (the thing around her shoulders appears to be some kind of fur) should have been a clue. A queen – an actual ruler who existed, and this is a depiction of someone’s idea of her, if a little late to be an actual image. Remember the Queen of Sheba visited King Solomon, and he, with his umpty million wives thought she was pretty hot? Yeah, he was kind of all marriage-addicted, but she was wearing this gown, so him wanting her, too, was kind of unavoidable.

I imagine this is totally the conversation Conrad Kyeser of Bohemia had with himself as he painted this. Totally.