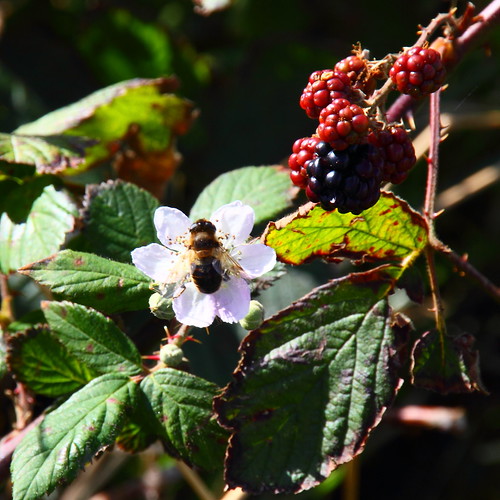 I don’t actually like long poetry, which might come as a surprise to my English professors. (As a major, I gamely made my way through the ENTIRETY of Alfred, Lord Tennyson’s In Memorium and that poem is an epic, taking seventeen years to write, and filling an entire book, divided into thirteen cantos, which are little epic poem chapters. It nearly killed me. I, however, shall endeavor not to kill you.) If you’re not a fan of the longer poems either, I will not push Elizabeth Bennett Browning on you unless you’d like to take your own little trip to Bartleby and find her poem excerpted. Or you can find all nine cantos of Aurora Leigh, and I promise you won’t be tested – not here, at least, since I’ve never read it all.

Even without having read all of Aurora Leigh, I can say that this piece is worth reading. It’s slow; you have to take your time through it because it’s blank verse, and part of you keeps expecting a steady poetic foot which is simply not there – but there are great places to pause and ponder, and little piece of an prose to give much cause to think.

This sixty-six line section of Aurora Leigh is about the duality of the artist. We make our art with our hands, and the simple things around us – what we see of trees, leaves, rocks; what we dream of, what we think. We are, Browning posits, two halves of a thing, as humans; part of the natural world, part of the greater – higher, or Divine world, or what have you. Part of what makes us who we are, as artists, part of what turns our particular keys and unlocks us, is this duality. There is a constant push-pull in our souls to look at a thing, and be drawn in deeper. It allows us to see things:

On any peasant’s face here, coarse and lined,
You’ll catch Antinous somewhere in that clay,
As perfect featured as he yearns at Rome
From marble pale with beauty; then persist,
And, if your apprehension’s competent,
You’ll find some fairer angel at his back
As much exceeding him as he the boor,
And pushing him with empyreal disdain
For ever out of sight.

Peasant? Or Prince? It’s all in the eye of the beholder.

…Aye, Carrington
Is glad of such a creed: an artist must,
Who paints a tree, a leaf, a common stone
With just his hand, and finds it suddenly
A-piece with and conterminous to his soul.
Why else do these things move him, leaf, or stone?

In so many, many ways, nothing arrives as an incidental collection of stuff. Fractals, crystals, and Fibonacci sequences are both science and art. I will always love the spiral aloe plant, seeds in a coneflower or sunflower, the weird art of broccoli Romanesco, for their beauty and organization. This might not argue for the presence of a heaven, per se, but to me, it argues …a purposefulness to beauty, perhaps. And a need in the artist to see it.

And truly, I reiterate, nothing’s small!
No lily-muffled hum of a summer-bee,
But finds some coupling with the spinning stars;
No pebble at your foot, but proves a sphere;
No chaffinch, but implies the cherubim;
And (glancing on my own thin, veinèd wrist),
In such a little tremor of the blood
The whole strong clamour of a vehement soul
Doth utter itself distinct.

For the artist, the world is crammed with wonder – with magic – with things we must stop and grasp and peer into.

…Earth’s crammed with heaven,
And every common bush afire with God;
But only he who sees, takes off his shoes,
The rest sit round it and pluck blackberries,
And daub their natural faces unaware
More and more from the first similitude.

Humankind in a common gutter: some see mud, others see stars; some are just sitting on the grass, stuffing their gobs and wiping their faces.

Today this poem reminds me that the world is filled with little gifts – cramming the whole earth with heaven, as it were. And all these things are visible to the ones willing to see: Look. Or, as the nephews are learning to say, mira.

3 Replies to “{every common bush afire}”