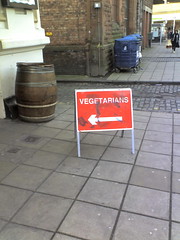 Oh, the profundities of the day. A beautiful and thought-provoking blog post someone sent to me, found here.

Big, big sigh. Reading that reminded me of a sad little story that is made up of a bunch of vignettes that are maybe a little like this story of silent words, and silent messages, and …signs.

My friend Laura always amuses me, when she’s having an opinion about something. “Well, I’m trying, but I have… judgment,” she says uncomfortably, and it always makes me giggle, to see her expression. She’s mostly good and calm and kind and centered, and when she “has judgment,” and actually says it out loud, it’s probably because the rest of us have already been shrieking, “Oh, my GOSH! Craziness!!” about a situation for days. 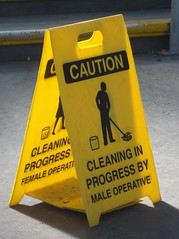 Well, sadly, I often have judgment. And I’m not nearly so kind and calm.

I found out a few years ago, after I had shot my mouth off so often about a certain kind of tattoo which some people call by a denigrating name, that a friend of mine, who had gotten a tattoo, as a little monument to something, for herself, was then afraid to show it to me, because she feared I’d say she was trampy.

More recently, someone I love dearly had a drinking problem which they hid from me, because they know I don’t drink, and have said a lot of negative things about alcohol, and they “heard” some of the things I didn’t say. 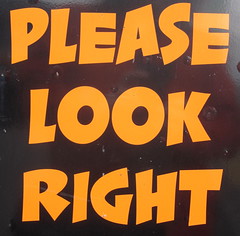 There are what we might call “extenuating circumstances” in each case. My friend should have known me better than to think that I would reject someone because they’d injected ink under their skin. I don’t think she’s tacky or cheap or crass – it’s a tattoo, not a … well, not something else. Just ink. And my friend who struggles with alcohol – well, on one hand, having a grandparent who was a violent alcoholic (and another who died slowly of lung cancer and emphysema) and having that filter through my family through those third-and-fourth-generations – well, it left the entire generation above me leery of alcohol and smoking. Really leery. I know I will not ever drink or smoke – talk about ways to absolutely kill my parents and aunts and uncles. And, I admit that I get nervous around some people who do. But. Does that really mean that I would love my friends who drink any less? (You smokers – well, I love you, but we need to talk.)

We all wear signs – signs without letters and without words which say a lot more to those around us than we know, if their eyes are open to reading. Maybe my sign should say, “Don’t listen to the words I say. Look at the fear in my eyes. It’s just fear, it doesn’t mean I don’t love you or can’t cope or won’t try. Let me get over it. Let time prove me wrong. Don’t let go.”

Judgment. We all have it. But, we must see past what it seems. I’ll try not to shut you out with my judgement, if you’ll do the same for me…

One Reply to “{haiku: the wearing of signs}”