Greetings. A quiet month so far, but I am AT LAST finished with the editing with respect to HAPPY FAMILIES, and can go back to my revision – the last chapter of which will be done today. (OR ELSE.)

Meanwhile, the whole “YA is dark and disturbing” trend seems to be continuing, based on the month-old now article which first appeared in the Wall Street Journal, about how YA authors and publishing is apparently out to convert kids to the dark side, and to rob them of light and hope. While that has been disputed by the author, I fear her defense was disingenuous, and ignored the point — but I won’t rehash that. I’ve held my peace on the whole thing, for the most part, but I’ve had rather loud thoughts about it. The invective comes from both sides, and the misunderstanding – because that’s in a large part what this is – grows and grows. Parents like mine who want to protect their children from everything, and feel parenting involves giving a child or teen no choices are squaring off with parents who weren’t raised that way, and feel it’s a bad idea not to allow a child to choose their own reading — all parents want to make sure they have the very best kids, and basically, people can’t ever agree on what “best” really means. It’s… all…really… tiring. There are, however, glimmers of light.

Though some conversations – especially in the online responses – have really ground down to nonsense, I believe that Lauren Myracle is a class act for her apology on NPR the other day, for calling Meghan Cox Gurdon’s thought process in regard to YA lit “idiotic.” I appreciate the need for civil discourse, even in the face of disingenuous and apparently innocent statements. It’s a difficult line to walk, getting your point across, vs. giving in to the urge to lash out and force another person to listen, by silencing them. Lauren’s making the point that she reacted instead of responded makes me respect her all the more, and I see that respectful-of-people thread in her writing.

Other glimmers are that people have simply — dropped the conversations that are not real dialogues. In many ways, “annoy the YA people” seems to be a project to raise site visitors; many people have vowed to cease responding, which is good.

I am still feeling my skin crawl, though, with regard to Gurdon’s response on WHYY, to Cheryl Rainfield, author of the novel SCARS,. She used the word “pity,” as in “I pity you.” As Cheryl later commented on her blog, “pity feels… far away from compassion…” Indeed.

I am a strong supporter of the books Cheryl Rainfield writes, because I’ve had to write a Reasons Why Not list for a person I love, and I understand a little what it’s like to forget those reasons, and need to cling to a piece of paper that reminds you why this is not what you need. I know those people, that state of being, and I don’t think pity should be a part of it. Ever. And neither should those books not see the light of day. As always, parents should read with their kids, talk with their kids, and know them. With that knowledge in hand, one need never fear YA lit or the fear-mongering that goes along with the latest, “Is this hurting your kids!?!!?” talk.

I’ve become a person quiet enough to listen to podcasts lately! It’s usually not something I can do, because I MUST multitask, however, I’ve somehow managed lately. One I can recommend is this one from BBC 3 –. It’s Diana Wynne Jones’ son talking about his mother and her work. Speaking of BBC, oh, HOW I wish I could figure out a way for you to see our performance of The Pirates of Penzances online right now! Tech Boy, as one of the pirates, got a LOT of screen time! But, alas, you can only see it if you’re in the UK. ::sigh:: If we do something like that again, maybe I’ll sneakily record us, somehow… 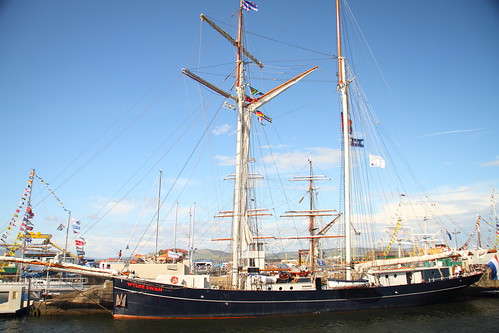