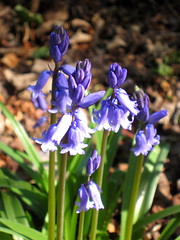 Well, I’ve lost my last chance. The Oprah Winfrey Show aired their last episode in twenty-something years this week, and with the last credits rolling the hopes of the patrons of “Hope 2B Beautiful” rolled away as well.

Hope is a friend, fan, and was my stylist for ten years in a bright little shop with a quirky name at the end of a strip mall. She is one of those no-nonsense,prosaic sorts who works hard and plays hard (she is famous for organizing family reunions on Carnival Cruise lines – I often wished I was a relative), and she was thrilled when she found out I was a writer — made sure to introduce me to all of her kids, and her godmother, and her aunts — the list went on. Each time I visited her shop, I was treated to a new person who just needed to know that I wrote for a living. I’d be tipped back into the rinse bowl, waiting for my conditioner to finish up, and she’d trot her daughter’s friends in. “She’s a writer!” she’d tell them, while I blinked at them and tried to look intelligent and well-read with my hair straggling in wet tendrils down my neck. “I know a story you should write about,” older folks would confide, and settle in to tell me long tales about their neighbor’s son or the lady at their church with the cats, and I would imagine throttling Hope for exposing me when all I wanted to do was read my magazine and wait for my trim in peace.

When the rest of the stylists in the shop learned that I was getting my first book published, the Grand Dame O was all I heard about. “You should go on the Oprah Show!” they urged, as if I could just swan on over to Chicago, and invite myself. Hope would get busy with her curling iron and style a huge edifice of hair for me, and then hold up a mirror. “See? Oprah Hair!” she would crow. (Man, she thought she was funny.) If I couldn’t wrestle the brush away from her, I’d rake my fingers through it, tuck it behind my ears, and give her a Deadly Look. She was generally unimpressed, but I had my final revenge: five minutes after leaving, I put my hair back in my usual pigtails – with a little more body than usual, but what the heck. (Hope hates the pigtails, but I hate the Oprah Hair. This is the price one pays having a dear friend who is a stylist.)

After I was nominated for the NAACP Award, the voices of the Hope 2B crew got louder. “Seriously! The Oprah Show! I have friends in Chicago you can stay with!” “Maybe someday,” I’d say noncommittally.

I had no intention of paying them any mind – and forgot the whole thing until five months ago.

After MARE’S WAR was honored by the Coretta Scott King committee last year, my agent was contacted by a woman who worked for the Oprah show, who was scouting stories. She was young, and new to her job, but like the other story scouts and writers, had the opportunity to pitch show ideas to Dame Winfrey, and she thought that if we could just fine members of the original 6888th who were still alive, she could make a case for having me on the show, and talking about the book to others.

Survivors of WWII are few anymore. I had a few leads – Rita Williams Garcia’s mother-in-law was one of the battalion, as were a few other people I was able to track down, but they had all passed away in the last year or so. I contacted newspaper columnists, friends and family, but time wasn’t on my side. It was Oprah’s last season, after all. 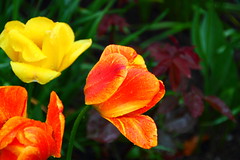 This was a quiet search. I didn’t tell my family, or my friends about it — not only because I didn’t want anyone to be disappointed, but because I struggled with the idea of exposure. All along, I’ve been able to tell myself that anything I said was because the 6888th’s story needed to be told. I wasn’t convinced that I needed to go on TV to do so. My goal was to find some of them, and put them in the limelight.

Well, it didn’t work, and I know my agent is really disappointed, as would be all the godmothers and great aunts and story ladies at “Hope 2B Beautiful.” But I expect an email from one or another of them in a little while, saying, “Hey! Did you know Oprah’s got her own TV network now? And she’s doing a book show??”