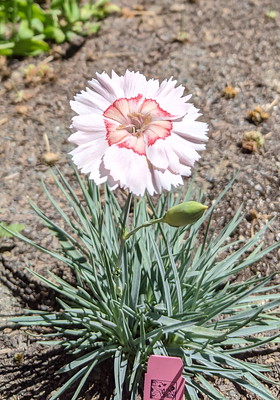 HOORAY for another completed project! Somehow, though I had published two small press books before Knopf, and four books with Knopf, I’d never before sold a book I hadn’t written. That in itself was a new and stress-laden experience. Try writing a book that a.) touches on microaggression and racial misunderstanding as social unrest regarding racism erupts nationwide, and b.) feeling like everything you say is being observed and judged by both Black and white readers, during this time, and c.) needing to quickly move up the deadline for it. Nope, it was not stress-free, and even up until early the morning I was meant to turn it in, I was sitting there, wrapped in a blanket, fussing with one scene which hadn’t quite hit the note I wanted until – ding! – suddenly, it settled exactly into its proper level. At last, I could shower in peace. Whew.

Harper-Collins/Katherine Tegen Books continues to be an utter treat to work with. Here’s a pro-tip, writing people: you’re supposed to be asked your opinion on things like cover styles, cover artists, and voice over talents for audio books. I say again: until this book with this house, (with the caveat that I DID comment on other projects without being asked) I HAVE NEVER BEEN. And it thrills me – and saddens me – every single time it happens that I’m so excited about being asked/included/considered/acknowledged as a person of intelligence who can make meaningful contribution to the publication of HER OWN DARNED BOOK. It infuriates me to know that other authors – certainly white authors I’ve spoken with – considered that de rigueur, sometimes even with their first book. I mean… you suspect that you’ve been treated differently based on race, and then you see how clearly differently you’ve been treated, and it’s like… okay, then. Maybe it was the publishing house policy. But, maybe it wasn’t…? It’s hard to know, and hard to trust your work to someone when you’re not sure about them.

Publishing remains a tricky field, friends. But, at its best, there’s a lot there to love.

My writing group, led by the humorous ones among us, have pushed for a long while to discuss humor from a craft perspective, and I was… reluctant. Because funny, to me, is not the same as funny to them. We didn’t have a common understanding, I thought, so it was better to skip it. I wasn’t the only one who felt that way – some of us have decided to pass on this discussion, and I don’t blame them.

But… humor. It’s subjective, and yet, necessary to explore in order to understand it.

We’re making our way through an older book, THE COMIC TOOLBOX by John Vorhaus, and dissecting what we agree and disagree with in regards to actually eliciting humor from ourselves and properly setting up our work to support it. We’re pulling humorous bits from our favorite books and films. And we’re making laughably bad attempts at writing humorous dialogue, sports team names, and TV pilots. ‘Laughably bad’ is, at least, funny.

I suspect we could think of worst ways to pass the time during the plague.

2 Replies to “{word wrangling in a time of pestilence}”