And, huzzah, we’ve reached the end. This was a lot easier over the break; somehow, once the new year began, it was difficult to find time for poetry – possibly because I’ve managed to have some sort of stomach ‘flu AND a sinus infection in the intervening weeks! Nevertheless, this was a great exercise in continuing to write during vacation time, and I’m grateful for Sarah bringing it up to me, and to the Modesto-Stanislaus poetry peeps. And now, onward to this last tough challenge… 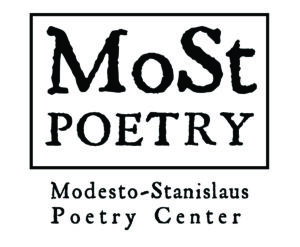 Prompt #30 (for January 13th, 2020) ~ I’d like to thank you all for putting up with my peculiar approach to these NYPC prompts, and I hope you’ve had some fun along with some challenges to your writing routine. I’d like to leave you with this challenge: write a Trenta-Sei formal poem. Yes, I can hear you say Huh? and that’s okay; I’d not heard of the form, either, until I came across it in Edward Hirsch’s splendid A Poet’s Glossary and then again recently in an entry by Robert Lee Brewer in his series of descriptions of poetic forms on the Writer’s Digest website. Poet John Ciardi invented the form of trenta-sei (“thirty-six” in Italian) in 1985. It consists of six, six-line stanzas rhyming ababcc. The first stanza establishes the opening lines of each subsequent stanza: thus, the second line of the poem becomes the first line of the third line, the third line becomes the first line of the third stanza, and so on until the end. Ciardi’s “A Trenta-Sei of the Pleasure We Take in the Early Death of Keats” was the last poem he completed before his death. The poet/physician John Stone composed a memorial poem, “A Trenta-Sei for John Ciardi (1916-1986)”. (Please note that you don’t have to make death or memorials the subject of your poem!) Cheers, and may all manner of things be well with you, fellow poets!

All shined and new, an unwrapped year –
(We’ll give last year the evil eye)
a fresh new day we’ll now premiere
our yen for ‘recent’ we supply
pretending ‘past’ has never been
the latest, best, can now begin!

We’ll give last year the evil eye
(so long, farewell, begone with you)
With “best of” lists we codify
A time we’re glad to bid adieu…
As if, as one year slips away
Amnesia will rule the day.

Our yen for recent we supply
With meals and shopping – and our phones
Consumed by news we gratify
Our appetites and we postpone
The hollowness we often feel,
(Disquietude we can’t conceal).

Pretending ‘past’ has never been.
Pretending all is shiny-anew!
Pretend the fear that underpins
The lives we live and our worldview
Can be erased by days or weeks
That “new” will be the change we seek.

The latest, best, can now begin
Is New Year’s “fresh start” real and clean?
To tell the truth, to our chagrin
Change is much harder than routine.
To break the cycle of the past
Make one small change – and make it last.