Wee’uns are often too distracted to eat, and so canny adults through time have incentivized 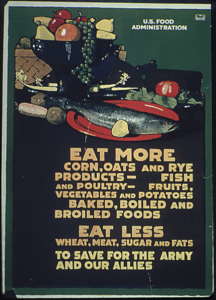 finishing one’s serving – for a prize of applause (Our full family chorus of “Yaaay! Good for YOU!” for my sister Jessica) (which, let’s be real, we STILL say to her sometimes, just to annoy her), dessert, or an imaginary club first started in 1917 by a United States Congress deeply concerned with food waste during wartime.

The problem for many of us is that, while we are in a state of War Without End as Americans, the issues of food waste aren’t the same anymore. A 2014 study by Cornell Food & Brand Lab revealed that the average adult eats around 92 percent of the food that is served to them on a plate, meaning most people are members of the Clean Plate Club. If it’s on the plate, most adults will eat it. Kids, meanwhile, will only finish about 59% of what’s on their plates… until and unless they’re chivvied by adults.

(And no, smaller plates don’t actually help. And, incidentally, the “children in Africa” aren’t all starving, and 99.9999% of them [there’s always one, right?] do not want your manky leftovers. [Preventing food waste CAN save lives, though – but that’s another story in a country that would be happy SENDING food to developing nations. That’s not this country during this administration, however.])

Been thinking about this whole clean plate thing, because Predator has begun occasionally making it difficult to eat. I’ve struggled on, er, woman-fully, through stomach cramping, nausea and disinterest without taking much time to ask myself… why? In the face of all of that, why even worry about finishing my food? 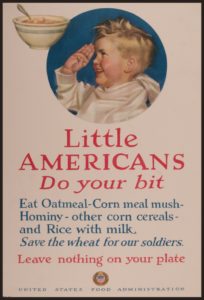 “Ladies” used to be taught to leave a little on a plate, as a sign of gentility, whereas people with more robust appetites were judged to be lower class and coarse. Then, as eating out became more common, finishing every last scrap and taking home a few packets of jam became the norm — after all, you paid for it, and isn’t finishing only getting your money’s worth? The Cornell study examined the words people used about finishing the “last” of anything on a serving platter – “Who’s going to take the last meatball? Can’t leave the one alone…” weirdly, guilting each other into eating… by anthropomorphizing food! We have such baggage with our consumption, such difficulties with our perceived selves. Unexamined traditions have convinced us to ignore our body’s signals and overlay external constructs on what should be an wholly organic internal process.

Ignoring our bodies not only causes us to overeat, it causes most of us some fairly dark moods. We struggle to eat that last bite – and feel guilty when we feel so crappy afterwards. The opposite of mindful eating is mindless eating – and doing anything mindlessly isn’t fulfilling or helpful or living one’s best life, really.

Learning to listen to one’s body is work – but it’s work worth doing. Your brain and your body have a lot to tell you, more than you could know.