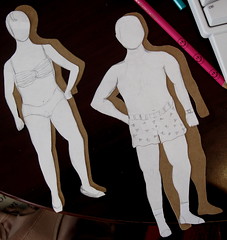 Despite the paper-doll making, I don’t have kids.

Wanted to get that out in the open first: I don’t have kids. This is a kid-centric train of thought here, and I probably have no real right to my opinion on this topic, but guess what? I’m going with my opinion anyway. And boy howdy, right now do I have an OPINION.

Be advised: this is a teensy, tiny rant. 👿

As some of you might know, I was a classroom instructor for six years – first for the state of California, later at a private school for kids with learning disabilities. When I was working for the state, all of my students were a.) incarcerated, and most were b.) way, way, WAY behind where they should have been grade-wise, based on truancy. I had a lot of 1:1 remedial work I needed to do with them, in order to get them on track. 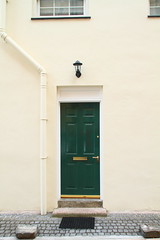 I read aloud to them – to seventeen-year-olds who were pimply and hulking with great big adam’s apples (who still managed to whine occasionally as if they were seven. This may, or may not have something to do with the fact that I don’t have kids. Hmm.). We did art projects, which gave them a break from struggling so hard to do work conventionally expected for students their age (and you have not really lived until you’ve heard the whining over having to do a diorama from someone who usually tags freeway overpasses – some inspired ranting there), we watched movies, to compare and contrast cinema vs. books, and we did board work, to break up the monotony and isolation of having that great blank stretch of lined paper before them. Basically, we did everything but have circle time and finger paint, because they didn’t get a childhood, and that’s what they needed first, before I could hope to cram their heads full of subjects and predicates and dates and names and quadratic equations. Replay: Third Grade, the Sequel. Now, With More Hormones!

Some of the books we read would have been considered well below par. We read things with pictures. We colored. We acted like little kids. But the goal was learning, and I think I can say that those kids learned. A couple of them that I know of beat the system, got away from their pasts and went on to graduate high school and find a happier life.

Which is why it was just shatteringly disappointing to me to read this piece on the decline of picture books in the NY Times today. 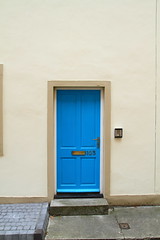 Anyone in publishing has known for some time that picture books have had a terrible time finding a market in the last five years as the economy has wobbled and people’s play money has diminished in turn. Editors warned writers, and agents wrung their hands as they tried to sell them. The fact is, picture books are fairly expensive — a forty-word hardback with gorgeous illustrations can run you between $18-$25. The second fact is, we don’t value childhood as we should in this country, we don’t value children, and the idea of paying “that much for just a baby book,” galled some people, and they wouldn’t do it.

Intellectually, monetarily, unfortunately: I get that.

What I don’t get, is crud like this: “Now Laurence is 6 ½, and while he regularly tackles 80-page chapter books, he is still a “reluctant reader,” Ms. Gignac said.

Sometimes, she said, he tries to go back to picture books.

“He would still read picture books now if we let him, because he doesn’t want to work to read,” she said, adding that she and her husband have kept him reading chapter books.”

CAN WE TAKE A MOMENT, HERE? The kid has been on this earth six and a half years. Can we give him a second or two to, say, figure out where he is before we attach him to the choke chain of what he SHOULD be doing??? Isn’t it bad enough when people do that to us??

10.22.10, EDITED TO ADD ~ Amanda Gignac was quoted out of context in the New York Times. Please read her explanation here, and hat tip to her good friend, Jodie, who sent the word along. 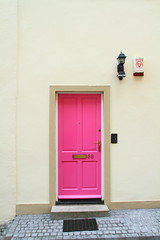 I had no idea that this pushing and shoving of the young child was the reason picture book sales have slumped, (and to be honest, I still have no idea if this is at all true. The NY Times has cited a few people, but I’d really love to hear from more than the small selection of teachers and booksellers.), but it’s a ridiculous reason. What is the rush, really? To where are these types of parents pushing their children? We can’t speed up time — so it’s not like six and a half is going to be seven or seventeen one whit faster with a parent shoving Stuart Little down their six-year-old’s throat.

Jen Haller, the vice president and associate publisher of the Penguin Young Readers Group, said that while some children were progressing to chapter books earlier, they were still reading picture books occasionally. “Picture books have a real comfort element to them,” Ms. Haller said. “It’s not like this door closes and they never go back to picture books again.”

That is, not unless Mom and Dad aren’t barring the door…

The world spins faster and faster, and after awhile, people feel like they’re going to fly off. Even kids. Especially kids. It disturbs me to think that an adult would be immune to the idea that a child could feel stressed. Maybe we could cut them some slack? Let them read what they want?

This is always going to be a big deal with me. I was force-fed nonfiction and I longed to escape reality like gee whiz and desperately, and every time people talk about parental pressure and all of this, I get twitchy, even though I know very well it’s one of those Get People Panicking tactics – most parents are perfectly happy to let their kids read whatever, and are just glad they’re reading. I know that. And, I know my parents meant well – in spite of how I loathed having my reading choices reduced. But I just cannot agree with pushing a kid forward so fast – especially not merely for reasons of producing a smarter, faster, keep-up-with-the-Jones’ kid. 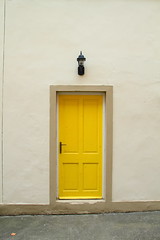 The drive to get ahead is a corrupted reflex left over from what we once believed was the American dream. Everyone was supposed to dig and dig and work and pull themselves up by their collective bootstraps. The thing is, this competitive strap yanking produces, in my teaching experience, unhappy, tense and very resentful children. I know their parents love them and don’t intend that. I know it. And yet, from my lofty childless vantage point, I just keep thinking, “Dudes: Ur doin it rong.” I just wish I could lead them to a seat, push their child into their arms and hand them a picture book. “Here,” I’d say. “See what your child thinks of this one. This is their time, after all.”

We can’t stop the world, or get out of the rat race entirely, but slow and steady means you — and the kids for whom you’re responsible — get there sane.