It’s been hard to read Galleycat for the last two weeks — so many publishing houses are hitting hard times — but Firebrand Literary Agency still believes in writers. According to agent Michael Stearn’s Cynsations interview on Tuesday, Firebrand is accepting first chapters in lieu of query letters from December 15th thru January 15. The details are also on the website, and honestly, it’s too good of a deal to pass up, writers. Hat tip toFuse#8).

Also via Fuse earlier in the week, I discovered AuthorsNow!, which is “a collaboration of debut children’s book authors and illustrators who are the fresh and emerging voices in children’s and young adult literature today. Created with the parent, teacher, librarian and bookseller in mind, AuthorsNow! is a one-stop-shop to learn about all of our authors and illustrators.” They already link to Readers’ Rants, so we’ll definitely keep checking back with them. How awesome to find someone willing to celebrate authors and their new books! 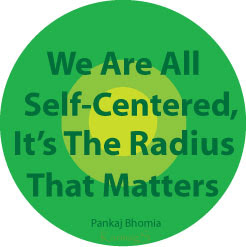 Mitali is a friend I’ve not yet met — and she has such a good heart. Instead of spending time bemoaning the publishing industry this year, she’s turned to a positive mental space — and turned others with her. “About a week ago, I started thinking: why not show them some author/illustrator love by planning a massive multi-author signing event? Great idea, right?” Just starting with a little Twitter about how she appreciated independent booksellers, Mitali’s now opened a floodgate of affection and respect for our industry and who we are and what we do — and turned it back to sellers and patrons and kids, which is what this is all about. KidsHeartAuthors.com — is an extraordinary valentine to New England. Which is so very sweet.

Thanks for restoring a little of our faith in the world, Mitali.

I read with amusement the Guardian’s live-blogging of Beetle the Bard, which just this week outsold Twilight. Whee! It’s tiny and it’s not at all HP Book 8, as so many have wished, but it’s out there, and the proceeds go to charity, so that’s a good thing. However, I’m still more amused that it’s bumped Twilight into the …um, dark. And have you seen the Twilight dolls? (Or, wait — is the Edward thing an action figure??)

Oh, all right. If you’re still jonesing for a vampire story, you can download one by L.J. Smith for free until December 21. Thank-you, L.J. Smith! (Via our buddy at Cynsations.)

Earlier this week, SF Signal talked with R.A. & Geno Salvatore, the father-and-son team who are currently finishing their blog tour. I bookmarked the interview to reread later, then discovered to my happy surprise that both Becky and Charlotte got to take part in the tour.

I’ve read quite a bit of R.A. Salvatore, so I’m excited to read this YA/MG book, which is also a Cybils nominee! Definitely go back and visit all of their blog tour stops — some really good comments on SFF and the idea of YA as a marketing target, trying to feed the post-Harry reading gap, writing for kids without dumbing anything down, and the introduction of a strong girl character who will reappear. Boo-yah! Can’t wait to get home and read this one.

I’d never heard of Vera Nazarian until I read about her on John Scalzi’s blog. People in the children’s lit blogosphere are close and supportive, but I love the cohesiveness of the SFF community — how amazing is it that one writer was able to raise over $3K just with people donating after reading a story of his? Or that the combined efforts of a bunch of writers could raise over $20K, and help save this woman’s home and family? I’m not a big fan of holiday sentiment — The Gift of the Magi actually ticks me off — but stuff like this makes me think, “Yeah. We aren’t all sucky.” Which is Very Good Indeed.

I love my little icon about being self-centered. Bad times sometimes bring out the whining narcissist in all of us — but I just love all of these examples of goodwill and balance and reasonableness and positiveness. They help me move forward. I may have to revisit this… 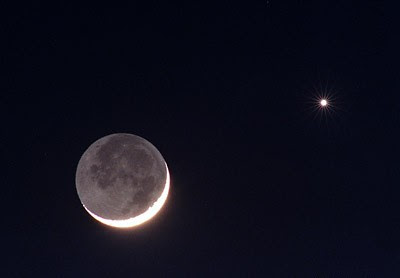 I had so much fun reading Sara’s post a few days ago — because I’m in the process of renewing my visa to stay in the UK another two years and I’m reading the absolutely insane questions that require me to “tick yes or no.”

In times of either peace or war have you, ever been involved in, or suspected of involvment in, war crimes, crimes against humanity, or genocide?
…
Have you engaged in any other activities that might indicate that you may not be considered a person of good character?

Tick yes or no.

And yet, the last question is sticky. Have you engaged in any activities that might indicate that you may not be considered a person of good character?

Really?
Who are you, then?

Meg Kearny’s whimsical, elegant Creed attempts to establish part of an answer to that — and even as thorough as this poem is, we still see only an outline of the poet.

Isn’t that the way it always is.

I believe the chicken before the egg
though I believe in the egg. I believe
eating is a form of touch carried
to the bitter end; I believe chocolate
is good for you; I believe I’m a lefty
in a right-handed world, which does not
make me gauche, or abnormal, or sinister.
I believe “normal” is just a cycle on
the washing machine; I believe the touch
of hands has the power to heal, though
nothing will ever fill this immeasurable
hole in the center of my chest. I believe
in kissing; I believe in mail; I believe
in salt over the shoulder, a watched
pot never boils, and if I sit by my
mailbox waiting for the letter I want
it will never arrive—not because of
superstition, but because that’s not
how life works. I believe in work:
phone calls, typing, multiplying,
black coffee, write write write, dig
dig dig, sweep sweep.

from An Unkindness of Ravens. © BOA Editions, Rochester, New York, 2001.
—read the rest of this poem right here.

From the Earth, only one side of the moon is visible — ever. No matter how any of us may appear, we are only the sum total of the moment we are in — a moving picture of who we have the potential to become. We believe that we see all we are, and judge each other — and ourselves — so harshly, despite the fact that few of us are ever fully whomever we could be.

Find your own creed this Poetry Friday at Wild Rose Reader, who has invited us for brunch. I think I’m late, but there will surely be leftovers.

Toon Thursday, pie makers, is all about you. And you know your love for nutmeg. Every once in awhile, though, you can take a breather from your deathless prose, and write something a little more immediate — or encourage the writers in your family to do so. If you’re a high school or college student — undergraduate or graduate — attending an American high school, college or university, you’re in luck.

NLS Publishing is excited to announce the 2008 Students for Change Essay Writing Contest. The contest is open to high school seniors, undergraduate and graduate students who will attend a regionally accredited college or university in the United States in the Fall of 2009.

Students wishing to enter the contest are required to submit a 1000 to 2000 word essay describing “what the election of Barack Obama, the first African-American President, means to you and your family.” Students are encouraged to discuss this historic event with their parents and grandparents, and to incorporate these discussions into their essays. Students may submit up to three (3) photos with their essay. 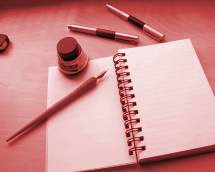 The top three (3) essay contest winners will receive a $1,000 scholarship towards tuition at a regionally accredited college or university for Fall 2009. Essays will be reviewed by a group of judges selected by NLS Publishing. Selection criteria will include:
• Organization
• Content
• Quality of Writing
• Originality
All entries MUST be accompanied by an Official Entry Form (which will come up as a .pdf), including the signature of the student (and parent, if the student is under the age of 18). Only one essay may be submitted per student. Essays must be postmarked / received no later than January 20, 2009, before 12:00 midnight.

If you’re going to take part, r.s.v.p. so that you can receive updates and additional scholarship information from the company. This sounds like a great little project for Christmas break!