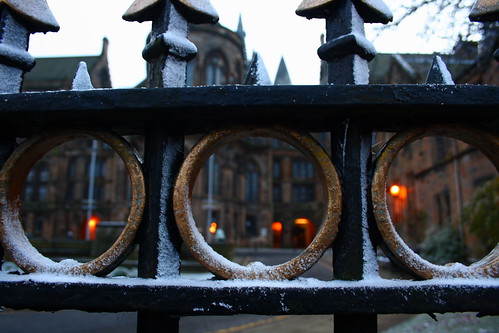 A Happy and frosty cold first of December to you, people! November in Glasgow ended on a self-congratulatory note, as the temperature dropped to its coldest in November since 1985. Yes, round of applause, please. Being from a warm westerly place, I’d never before seen an ice mist. I have seen one now. It is not nice, though the air does rather sparkle!

Ah, another well-meaning person is talking about young adult literature! Hie thee onward to Miss Rumphius’ blog, and log in on the great debate: why do you read?

This conversation was sparked by the very well-meaning Caitlin Flanagan and her piece in The Atlantic titled, What Girls Want. As soon as I a.) read the title, and b.) realized that most of the article was a long run-up to a highly positive critique of the Twilight series, I realized we have some deeply fundamental differences on men and women — but I read it anyway.

The gist of her article is that young women are the best readers out there, because they need fiction to escape into — to ignore the world whilst they work out Those Big Questions. During their “sulks and silences” they’re thinking.

This was a stunning piece — as in, I’m stunned and, like Miss R., not quite sure how to respond…

Meantime, I’m in search of opinions — I’m looking for books again — for babies, which is totally beyond my frame of reference. What’s the happening one and a half year old man reading these days?